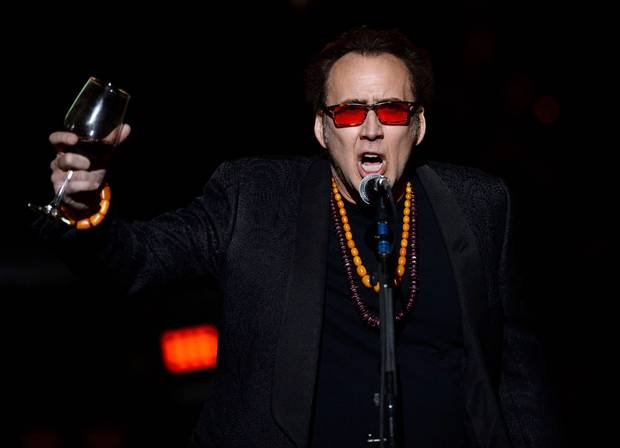 from independent.co.uk: In case you were wondering what Nicholas Cage gets up to of an evening, he sometimes likes to spend the night at Dracula’s castle.


Idris Elba – who worked with the actor on 2007’s Ghost Rider – recalled the truly remarkable anecdote during a recent Reddit Ask Me Anything. "Nic Cage came back one day on set, and he came down to set and he looked a little bit tired, a little bit – kind of like he'd been up all night," wrote Elba. "So I was like, 'Hey Nic man, how you doing man' and he said, 'I'm alright' and I said, 'You seem a little spoked out' and he said, 'Yeah man, I went up to Dracula's castle... the ruins up in the mountains, and I stayed the night' and I said, 'What?! Why?' and he said 'I just had to channel the energy, and it was pretty spooky up there."

"We were shooting in Romania, Transylvania, and he just went up there to spend the night, as you do," continued Elba. "And then he walked away." Possibly to harness his newfound supernatural "energy" or to spend further time studying the undead.

Of course this is not the first time Cage has been associated with vampires.

In 2011, online entrepreneur Jack Ford demanded $1million for a photograph, which he claimed proved the actor was a vampire.

The image, taken in 1870, showed a man who bore a resemblance to Cage and was put on sale on eBay, alongside the following caption: "Original c.1870 carte de visite [a type of small photograph] showing a man who looks exactly like Nick Cage," it read.

"Personally, I believe it’s him and that he is some sort of walking undead / vampire… who quickens / reinvents himself once every 75 years or so.[sic]"

"150 years from now, he might be a politician, the leader of a cult, or a talk show host."

Disappointingly, Cage denied the accusations on the Late Show With David Letterman.

"There is a resemblance, but, how can I be polite about this," he said. "It's a slowed down version of me... Now look, I don't drink blood and the last time I looked in the mirror I had a reflection."

So to clarify, Cage is not a vampire, he just likes to visit them at night like any other regular person.