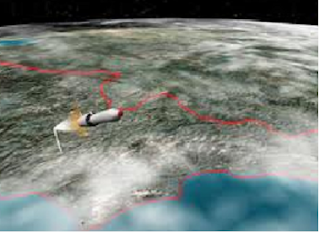 New York Post reports, today, "North Korea may have moved the first stage of a rocket to a launch stand, indicating it is on schedule for a controversial mid-April launch, according to a new analysis of satellite images." The launch is planned for April 12-16 to commemorate 100th anniversary of the birth of its founding president Kim Il-Sung. A Washington Times story adds the United States believes the Kwangmyongsong-3 satellite, is a thinly disguised missile launch. "Last week, the Japanese defense minister formally gave orders to the Japanese military to shoot down the launch rocket should it take place...deploying three Aegis-equipped missile destroyers in waters surrounding the Korean Peninsula." The Times story contains ominous note on launch that has, "...dramatically intensified the already volatile security environment in Northeast Asia, causing a crisis that threatens to bring war to the region." Let's hope not!