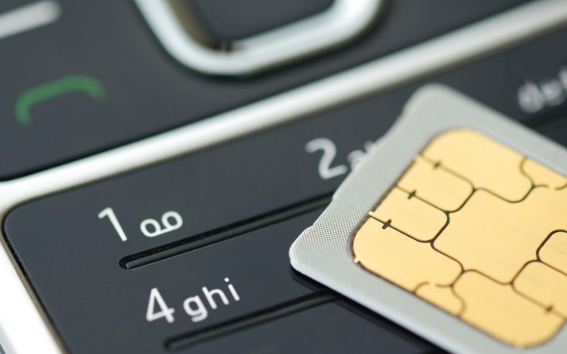 from localorg.com: On February 16, researchers at the Moscow-based security group Kaspersky Lab
announced the discovery of the ultimate virus which has virtually
infected all spheres of military and civilian computing in more than 40
countries around the world. They’ve managed to discover a piece of
malware that must have been installed on hard disks while they were
still being manufactured, and due to its complexity and a certain number
of features that it shares with Stuxnet, it’s safe to assume that it
was created by US secret services.

On February 18, The Guardian confirmed
that for the last 7 years Government Communications Headquarters (GCHQ)
had been sharing personal intelligence data en masse with America’s
national security agencies, regardless of the fact that it had
intercepted millions of foreign citizens' conversations. The ruling of a
UK court clearly suggests that these actions were illegal on top of
being carried out in violation of the the European Convention on Human
Rights.

On February 19, it was announced that the National Security Agency (NSA)
along with its British partner in crime –GCHQ, has manged to steal
encryption keys from Gemalto – the world’s largest manufacturer of
SIM-cards. This allowed the above named intelligence agencies to tap any
phone and intercept data from any mobile device that was using a
SIM-card produced by Gemalto. This conspiracy was unveiled by The
Intercept, which added that Gemalto was created nine years ago when the
French company Axalto merged with Gemplus International which was
operating in Luxembourg. Today Gemalto has more that 85 offices across
the globe along with a total of 40 factories, working in close
cooperation with leading telecommunication corporations, including
AT&T, Verizon and T-Mobile, along with many others. Representatives
of the three aforementioned companies refused to comment on this
scandal.

One can easily count German Deutsche Telekom among the customers of the
Gemalto group. Hence there is little doubt regarding the involvement of
US intelligence in the tapping of Angela Merkel’s mobile phone, an
incident uncovered back in mid 2014. What is particularly peculiar in
this situation is the decision of The Federal Attorney General of
Germany ending the investigation of the Chancellor's tapped phone - as reported by Focus Online
- on the pretext of “zero possible outcome of the investigation.” Well,
the claims of the same Focus Online that “Merkel now has a new cell
phone that cannot be tapped,” looks ridiculous enough, since this brand
“new phone” uses the same-old Gemalto SIM-card. So the NSA can spy on
Madam Chancellor as long as they see fit, while the attorney general
sees nothing wrong about it. Well, perhaps, Germany has finally agreed
to stand in line with the citizens of other countries and their
political and business elite, eager to play the role of laboratory rats
in the US intelligence surveillance game.

One would be surprised to learn that Gemalto is producing up to 2
billion SIM-cards per year, along with chips for bank cards and identity
cards. According to many information security experts, US intelligence
agencies, due to the encryption keys they’ve stolen are able to retrieve
any information from mobile devices, bank cards, and/or e-passports.

The Wall Street Journal reported
the “successes” of US intelligence agencies in retrieving information
from millions of US citizens’ cell phones back in 2014. Most of
America's citizens are under constant watch of US security, due to surveillance systems mounted on light aircraft and drones developed by
Boeing, which allows them to collect private data from thousands of
mobile phones. In addition to the ability to establish the whereabouts
of a person, which can be tracked with the accuracy to within three
meters, his phone can be remotely block, while all information stored on
it can be easily stolen.

On February 20, the spokesperson for the United States Department of State Jen Psaki
in her typical manner complained about how difficult it is for the US
to confront thousands of hostile attacks in cyberspace. However, she has
never mentioned the above listed facts and Washington’s paranoid desire
to dominate cyberspace.

Vladimir Platov, an expert on the Middle East, exclusively for the online magazine “New Eastern Outlook”