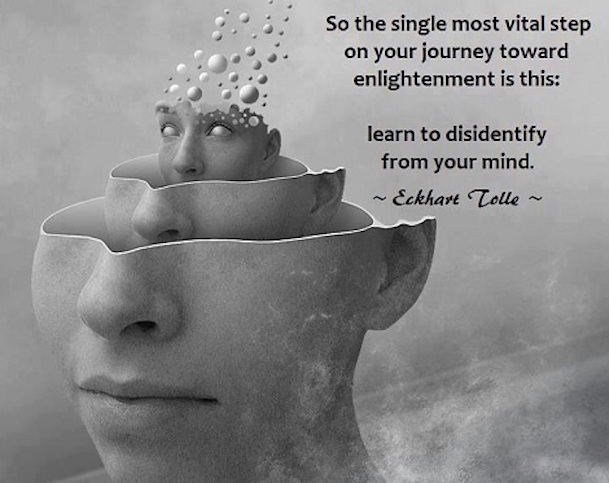 from ZenGardner.com: Since ancient times the term awakening has been used as a kind of metaphor that points to the transformation of human consciousness. There are parables in the New Testament that speak of the importance of being awake, of not falling back to sleep. The word Buddha comes from the Sanskrit word Budh, meaning, “to be awake.” So Buddha is not a name and ultimately not a person, but a state of consciousness. All this implies that humans are potentially capable of living in a state of consciousness compared to which normal wakefulness is like sleeping or dreaming. This is why some spiritual teachings use terms like “shared hallucination” or “universal hypnotism” to describe normal human existence. Pick up any history book, and I suggest you begin with studying the 20th century, and you will find that a large part of the history of our species has all the characteristics we would normally associate with a nightmare or an insane hallucination.

The nature of spiritual awakening is frequently misunderstood.


The adoption of spiritual beliefs, seeing visions of God or celestial beings, the ability to channel, to heal, to foretell the future, or other paranormal powers – all such phenomena are of value and are not to be dismissed, but none of them is in itself indicative of spiritual awakening in a person who experiences them. They may occur in a person who has not awakened spiritually and they may or may not accompany the awakened state.

Every morning we awaken from sleep and from our dreams and enter the state we call wakefulness. A continuous stream of thoughts, most of them repetitive, characterizes the normal wakeful state. So what is it that we awaken from when spiritual awakening occurs? We awaken from identification with our thoughts. Everybody who is not awake spiritually is totally identified with and run by their thinking mind – the incessant voice in the head. Thinking is compulsive: you can’t stop, or so it seems. It is also addictive: you don’t even want to stop, at least not until the suffering generated by the continuous mental noise becomes unbearable. In the unawakened state you don’t use thought, but thought uses you. You are, one could almost say, possessed by thought, which is the collective conditioning of the human mind that goes back many thousands of years. You don’t see anything as it is, but distorted and reduced by mental labels, concepts, judgments, opinions and reactive patterns. Your sense of identity, of self, is reduced to a story you keep telling yourself in your head. “Me and my story”: this what your life is reduced to in the unawakened state. And when your life is thus reduced, you can never be happy for long, because you are not yourself.

Does that mean you don’t think anymore when you awaken spiritually? No, of course not. In fact, you can use thought much more effectively than before, but you realize there is a depth to your Being, a vibrantly alive stillness that is much vaster than thought. It is consciousness itself, of which the thinking mind is only a tiny aspect. For many people, the first indication of a spiritual awakening is that they suddenly become aware of their thoughts. They become a witness to their thoughts, so to speak. They are not completely identified with their mind anymore and so they begin to sense that there is a depth to them that they had never known before.