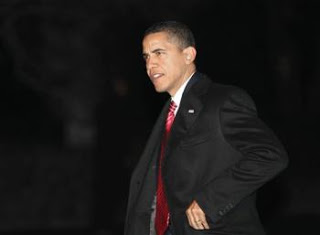 from washington post: President Obama will gather tomorrow with victims and families of the 9/11 terrorist attacks and U.S.S. Cole bombing for a face-to-face meeting as his administration struggles to decide how to handle detainees at Guatanamo Bay, Cuba, several of those invited said. The previously undisclosed meeting at the White House tomorrow afternoon will give the new president a chance to explain his decision to close the controversial prison facility where the U.S. has placed many suspected terrorists since the Sept. 11, 2001, attacks. Obama has been assailed by conservative critics who say the decision to close the facility within a year will lead to putting many of those terrorists back on the street. In a recent interview, former vice president Dick Cheney, an architect of the Bush administration's war on terror, criticized the decision as reckless. In an interview with Politico.com, Cheney accused the Obama administration of following "campaign rhetoric" on Guantanamo and warned that the new president's policies could put the country at greater risk of a new attack... One 9/11 activist, who declined to be identified talking about the meeting, said "fireworks" are likely at the gathering because it will include both relatives who oppose and those who support Obama's plan to close Guantanamo Bay. "There's been some noise that some families don't like the idea and others do, so this is a chance to discuss that," the activist said.

obama scrambles after daschle's fall in tax controversy
from mcclatchy: President Barack Obama scrambled to regain control of his political message Tuesday after a series of tax and vetting scandals forced one of his most important nominees to withdraw and raised questions about the new president's central campaign pledge to change politics as usual.

as 1st setbacks hit, obama calls in the networks

'hope is flickering' says aclu
from raw story: The American Civil Liberties Union, which has generally been harshly critical of President George W. Bush and praiseworthy of President Barack Obama, has fired a torpedo across the Obama bow... "Hope is flickering," Romero said in a statement. "The Obama administration's position is not change. It is more of the same. This represents a complete turn-around and undermining of the restoration of the rule of law. The new American administration shouldn't be complicit in hiding the abuses of its predecessors."

surely this isn't what obama meant when he vowed change

obama says US can't send protectionist trade message
from reuters: President Barack Obama said on Tuesday he did not want to send a protectionist message on world trade and would look at altering "Buy American" language in an economic stimulus bill coming out of Congress. "I think it would be a mistake ... at a time when worldwide trade is declining for us to start sending a message that somehow we're just looking after ourselves and not concerned with world trade," Obama said on the Fox television network.

video: obama has a ‘crush' on republicans

obama to bring nuke labs to the pentagon?
from danger room: The Albuquerque Journal has a real nuke scoop: The Obama administration is considering a plan to fold the U.S. nuclear weapons complex into the Department of Defense.

obama preserved rendition two days after taking office
from raw story: Two days after taking the helm of a country ready for change after eight years of George W. Bush, President Obama has allowed one controversial "War on Terror" tactic to remain in place: rendition. Despite frequent condemnation of the practice around the world, rendition - the secret capture, transportation and detention of suspected terrorists to foreign prisons in countries that cooperate with the U.S. - remains in the CIA's playbook, thanks to a Jan. 22 executive order issued by President Obama.

obama abandons ‘war on terror’ catchphrase
from thinkprogress: The AP notes that only once since taking office on Jan. 20 has President Obama used the phrase “war on terror,” which was always on the lips of President Bush. Obama has instead more broadly referenced the “enduring struggle against terrorism and extremism.” CSIS national security analyst Anthony Cordesman notes that Bush’s phrase “became associated in the minds of many people outside the Unites States and particularly in places where the countries are largely Islamic and Arab, as being anti-Islam and anti-Arab.” Indeed, a Pentagon-funded study last year recommended that the U.S. do away with the terminology as the strategy behind it was “not successful in undermining al Qai’da’s capabilities.”

video: rahm says if you're on no-fly list, no gun!
from youtube: Congressman Rahm Emanuel (D-IL) speaking at DC’s annual Stand Up For a Safe America event sponsored by the Brady Center says if your name is on the terrorist no fly list you should not be allowed to own a gun.