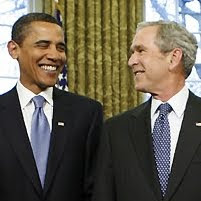 from @ThreatLevel: The Obama administration is urging the Supreme Court to halt a legal challenge weighing the constitutionality of a once-secret warrantless surveillance program targeting Americans’ communications that Congress eventually legalized in 2008. The FISA Amendments Act (.pdf), the subject of the lawsuit brought by the American Civil Liberties Union and others, allows the government to electronically eavesdrop on Americans’ phone calls and e-mails without a probable-cause warrant so long as one of the parties to the communication is outside the United States. The communications may be intercepted “to acquire foreign intelligence information.” The administration is asking the Supreme Court to review an appellate decision that said the nearly 4-year-old lawsuit could move forward. The government said the ACLU and a host of other groups don’t have the legal standing to bring the case because they have no evidence they or their overseas clients are being targeted.