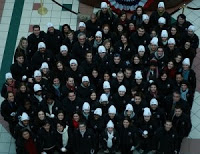 obamessiah updates: secrets, lies and the give & take act

obama is a 'manchurian candidate' because he uses a teleprompter

o'reilly: if cheney really had an 'executive assassination squad,' he would have killed seymour hersh a long time ago

from kurt nimmo: On March 18, Rep. George Miller, a Democrat from California, tacked an amendment on H.R. 1388, entitled “Generations Invigorating Volunteerism and Education Act,” or GIVE (to government), Obama’s plan to require mandatory service for all able young people. Miller’s amendment will “prohibit organizations from attempting to influence legislation; organize or engage in protests, petitions, boycotts, or strikes; and assist, promote, or deter union organizing,” according to GovTrack.us, a site that tracks Congress. In other words, Obama’s “volunteer corps” act, passed by the House with a 321-105 margin and requiring the government to develop a plan for indentured servitude, would deny millions of people their right to oppose and organize against government legistation under the First Amendment. “This is as close to a sedition act, a violation of 1st Amendment rights, as has been proposed in recent history. A basic right as a part of our natural, inalienable rights, is to resist government. Our founders not only knew it was a right but it was a responsibility. This legislation begins to break that down significantly,” writes Gary Wood for the Examiner. 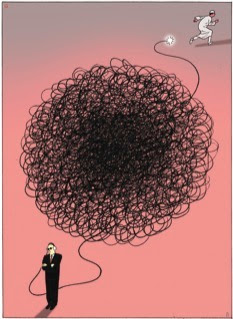 from washington post: Civil liberties advocates are accusing the Obama administration of forsaking campaign rhetoric and adopting the same expansive arguments that his predecessor used to cloak some of the most sensitive intelligence-gathering programs of the Bush White House. The first signs have come just weeks into the new administration, in a case filed by an Oregon charity suspected of funding terrorism. President Obama's Justice Department not only sought to dismiss the lawsuit by arguing that it implicated "state secrets," but also escalated the standoff - proposing that government lawyers might take classified documents from the court's custody to keep the charity's representatives from reviewing them. The suit by the al-Haramain Islamic Foundation has proceeded further than any other in challenging the use of warrantless wiretaps, threatening to expose the inner workings of that program. It is the second time the new Justice Department has followed its predecessors in claiming the state-secrets privilege, which would allow the government to exclude evidence in a civil case on grounds that it jeopardizes national security.

is 'war on terror' being retired? no! gordon brown says "we are about to take the war against terror to a new level!"

update: US officials say no ban on 'global war on terror' as 4,000 more US troops to be sent to afghanistan as 'trainers'

obama doesn’t talk like bush, he just acts like him
from ted rall: You can’t blame Dick Cheney for being annoyed at Barack Obama. Obama is closing Guantánamo. He’s ordering the CIA to interrogate prisoners according to the rules written in the Army Field Manual, which doesn’t allow torture. He’s even phasing out such classic Bushian phrases as “enemy combatant” and “war on terror.” But the dark prince of neoconservatism should relax. Obama’s inaugural address may have promised to “reject as false the choice between our safety and our ideals,” but — in all the ways that matter — he’s keeping all of Bush’s outrageous policies in place. Sure, he talks a good game about “moving forward.” But nothing has really changed. From reading your e-mails to asserting the right to assassinate American citizens to bailing out companies whose executives pay themselves big bonuses, Obama’s changes are nothing but toothless rhetoric.

obama nominates former freddie exec as 'housing commissioner'
from cnsnews: President Barack Obama has named a former Freddie Mac executive to head the federal housing commission. The White House on Monday named David Stevens as assistant secretary at the Department of Housing and Urban Development. The position requires Senate confirmation and would put Stevens in charge of the government's housing mortgage-insurance program. Stevens now is the head of Long and Foster Companies, a real estate and mortgage firm. He previously worked at World Savings bank and Wells Fargo Home Mortgage. At Freddie Mac, Stevens was a senior vice president in charge of affordable lending, sales and marketing.

scotus watches 'hillary: the movie' (and you can, too)

from spiegel: The Americans have always kept their research into anti-terrorism technologies top secret - until now. A new treaty between Germany and the US will give German scientists access to highly restricted laboratories. It was a productive start to the week for US Homeland Security Secretary Janet Napolitano and German Research Minister Annette Schavan. The two women met at 7:15 a.m. on Monday for breakfast at a five-star hotel in Berlin to discuss one of the most explosive issues in the era of international terrorism: How can the population and infrastructure be protected against catastrophic attacks without Western democracies being turned into Orwellian regimes? ... The research offensive began after the terrorist attacks of Sept. 11, 2001 and has been fueled with huge sums of money ever since. Universities, companies and secret laboratories are carrying out research into highly sensitive surveillance cameras, bomb detectors, biometric analysis software and vaccines against biological weapons, among other things. Until now, neither the general public nor the governments of the US's Western allies have learned much about the contents of that research.

obama secretly ends program that let pilots carry guns (or did he?)

is there anything obama can do about US collapse?