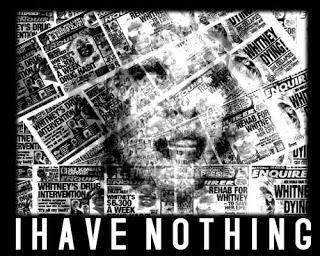 Public events with occult overtones like Madonna's 2012 Super Bowl halftime performance, resembling more an occult ceremony than anything, makes revisiting - celebrity deaths - imperative. How much does a person need to be slapped before rousing from the Matrix? An occult agenda intrudes upon our lives - their ceremonies out in the public now - it's time to become familiar with their intent! Whitney Houston will be our first celebrity death to revisit with an eye on the occult. A superficial or casual observer will, with little doubt, write off Houston's death as a drug casualty - if only it were so simple? An esoteric researcher posted their opinion in "Whitney Houston’s Death and The Secret-Society, Called The Music Industry," with observations on the occult a reader may not be see elsewhere? It's a striking fit that celebrities are promoted to success only to be destroyed by pernicious influences - a literal script - one that allows the elite to flex their control over lives and even commanding deaths! A reader should suspend judgment before dismissing what may be the greater reality here?

Ra Imhotep, our esoteric researcher's handle, shares observation that may be key: "Whitney Houston stated in her interview with Oprah in 2010 that she was attracted to Bobby because he, 'took control of her and their relationship, and she liked that.' In reality Bobby was acting as Whitney’s handler, which is a term used in mind control. A handler is one who is used within a mind control experiment to break another and to get them to do what the controllers of the experiment want, this was Bobby’s role."

Bobby was to put it crassly Whitney's downfall. Yes, a reader may object, it's only how their relationship worked out, but fewer things are left to chance the wiser one becomes, the present writer would counter. It's also a matter of style, the elite love to destroy beauty and innocence, it's one of their kicks! The masters aka elite aka Illuminati play on reliable human frailties few people can overcome if they're truly human! Perhaps, music production occurs in a manner counter to what the public would assume, where recordings are given a sort of demon's blessing. Ra Imhotep makes following observation implicating the occult in music industry:

"Everything that takes place in public is first planned in private through secret societies. This is the way the world has always worked and the music industry is no exception to this. Before a entertainer is given a recording contract they must first be a member of a secret society. A so called X member of the Illuminati, who was a music executive in the 70’s spoke about this publicly, his name was John Todd. According to Todd, every musician and entertainer in the music industry and Hollywood, has to be a initiated wizard or witch before they are offered a recording contract. This is what some writers have called the selling of the soul or light to Lucifer. In his speeches John Todd further demonstrates that after the record is cut and the master is finished, it is then given to a coven of witches and wizards who conjure up a demon. Once the demon is conjured the witches and wizards ask the entity to attach itself to every copy or duplicate that is sold to the public, which guarantees the success of the record and also takes control of the listener."

Clyde Lewis writing in another article, "Whitney Houston Death: Unanswered Questions, Weird Grammy Parties/Rituals and the Illuminati, " shortly following Houston's death, stresses the paranormal. The present writer would be more blunt than Lewis, in saying, ghouls celebrated a night blessed by blood sacrifice with the stench of death in the air! An apt picture of the occasion described by Lewis: "While Houston’s body remained in the room, her teen daughter stood outside fighting with authorities to see the body. Picture in your mind the scene of a Coroner’s hearse and a 'crime lab' van parked alongside the black limousines and SUVs escorting celebrities to and from the event." Can you imagine? Nah, there's nothing to see, please keep moving!