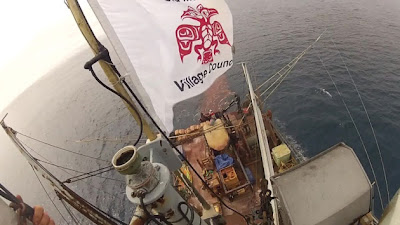 from brandonsun.com: Canada may be called onto the carpet this week as nations gather in the United Kingdom to negotiate the terms of an international treaty to regulate the controversial practice of geoengineering. A First Nations salmon restoration group in Haida Gwaii has attracted worldwide attention after dumping more than 100 metric tonnes of iron into the Pacific Ocean in a process known as ocean fertilization. Many scientists from around the world have condemned the unsanctioned experiment, and the federal government says it is investigating. But Canada is a hotbed of geoengineering, says a watchdog group, and has been involved in similar experiments in the past. Geoengineering is the deliberate modification of the environment as a means of combating climate change.