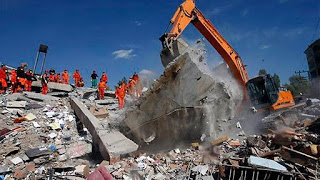 from telegraph: As many as 1,000 people are feared dead after a magnitude 7.2 earthquake struck southeastern Turkey, resulting in the collapse of around 50 buildings in the province of Van.

faint hope for survivors as death toll rises in turkey

from foxnews: Rescuers frantically searched for survivors amid mounds of concrete, twisted steel and construction debris Monday, a day after a 7.2-magnitude quake leveled buildings and killed at least 279 people in eastern Turkey. The search for survivors had continued through the night, with some successes, but officials acknowledged they were powerless to prevent a steep rise in the death toll after Sunday afternoon's earthquake -- the biggest to rock the country in more than a decade.

7.2 quake strikes turkey near elenin alignment date
from the intel hub: A massive M7.2 earthquake hit eastern Turkey today, killing at least 138 people with estimates into the thousands. Buildings and massive structures buckled like rag dolls into twisted metal as highways and roads were reduced to pulp in some areas. It is unknown at this time if the Turkish earthquake has anything to do with ELENIN or another object (coded under ELENIN) entering earth orbit on October 20, 2011, pulling gravitationally on earth. The Intel Hub will be covering this issue leading up to the November 9, 2011 FEMA/FCC takeover drill of all airwaves, and the major ELENIN alignment date.(Psyop Or Not)