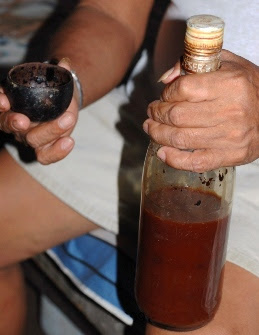 federal court to hear appeal on the case

from god discussion: A Federal High Court has agreed to hear the appeal on the case of an Oregon church known as the Holy Light of the Queen which uses a hallucinogenic substance called ayahuasca which it brews for its members to drink in religious services. The leader of the church, Jonathan Goldman, was arrested in 1999 by the police after a consignment of the tea from Brazil was intercepted by the U.S. customs. In 2009, after members of Jonathan Goldman's Holy Light of the Queen sued on the grounds that the arrest of their leader Jonathan Goldman was in violation of their religious rights, U.S. District Judge Owen Panner delivered judgment that the Federal Religious Freedom Restoration Act guaranteed the right of the church and its members to use the hallucinogenic brew in their religious ceremonies. The church had argued to the judge's satisfaction that the brew was not harmful and was not being used outside religious ceremonies of the Church. The decision to hear an appeal on the case follows from a challenge to Judge Owen Panner's judgment in February this year by Attorney General Eric Holder who filed a brief with the U.S. 9th Circuit Court of Appeals on the grounds that the church had not made any distinction in its case between their freedom to use the drug and their freedom from having the government regulate use of the drug. Eric Holder emphasized the fact that the hallucinogenic drug used in the tea was a highly restricted drug in the U.S.