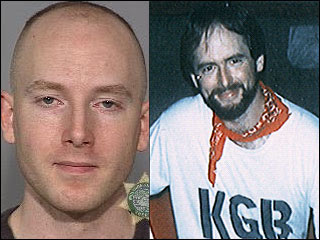 from ap: A federal judge has ordered the son of former CIA double agent Jim Nicholson freed pending trial on charges of collecting money for his dad’s former service to Russia. The son, 24-year-old Nathaniel Nicholson of Eugene, is accused of smuggling messages from his father, serving 23 years at the Federal Correctional Institution in Sheridan, to Russian Federation officials in Mexico, Peru and Cyprus. U.S. District Judge Anna Brown granted release, saying he could have fled last December when questioned by FBI agents but did not, The Oregonian reported. Prosecutors had said Nathaniel Nicholson might flee to a Russian consulate for asylum. Jim Nicholson is the highest ranking CIA agent ever convicted of espionage. The younger Nicholson was ordered to have no contact of any kind with his father. 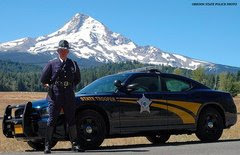 from oregonian: Oregon state troopers say they will resume 24-hour patrols for the first time in six years in the Portland metropolitan area. The State Police say they have been patrolling the state’s most populous region 20 hours a day and relying on local law enforcement agencies to fill the gap from 2 a.m. to 6 a.m. Beginning Wednesday, the patrol says, troopers will be on round-the-clock patrols four out of seven days. The goal is to increase that to full coverage seven days a week in July. The patrol has been rebuilding its patrol force since 2007. Earlier budget cuts curtailed patrols. It says the Central Point command office returned to around-the-clock coverage in December, and other offices will resume 24/7 coverage in coming months.