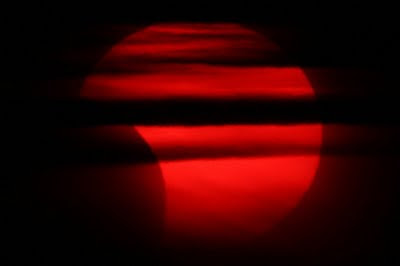 from god discussion: NASA reports that there will be a partial solar eclipse and a partial lunar eclipse during the month of June. For June 1, a partial solar eclipse began at sunrise in Siberia and northern China. Most of Alaska and northern Canada will be able to see the event. On June 15, there will be a partial lunar eclipse that will not be visible in North America. However, the entire event will be seen from the eastern half of Africa, the Middle East, central Asia and western Australia. The new moon tonight and the partial solar eclipse is a Biblical event, according to Indiana pastor Paul Begley, because it is the 44th anniversary of Jerusalem. Mixed with other events taking place in the Middle East and various Jewish holy days, Begley goes on to say that a blood red moon over Jerusalem on June 15 is a Biblical sign.