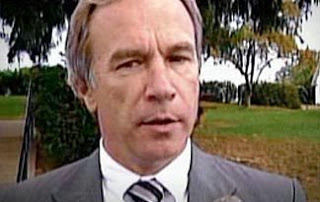 Is defense attorney, Joe Amendola, desperate to find a defense for the indefensible? Now, the results of a fishing expedition go public in a Pennlive article that declares, "what wasn’t made public [in grand jury presentment] until now was that two days before [Picture, Prosecutor Ray] Gricar closed the case, a psychologist concluded Victim 6 was not sexually abused by Sandusky." Hey, it was just "oh shucks" Jerry and little boys in the shower! Psychologist John Seasock, whose 1998 report, is believed to be the reason missing-and-declared-dead Prosecutor Ray Gricar declined to pursue case, may provide defense argument for Sandusky?

The Pennlive article reveals another view, however, on the Sandusky use of showers:

"The day after Victim 6 came home from a tour of the football building with then-defensive coordinator and charity founder Jerry Sandusky and told his mom Sandusky had showered with him and a friend, the mother called police. She also called a psychologist. 'And that psychologist concluded that this incident, what the boy described, and I’m paraphrasing ... the psychologist concluded that what the boy described was a classic example of how a sexual abuser grooms his victim,' the source said."

It appears Amendola will attempt to frame boys as a conspiracy against Uncle Jerry, and hey, was anyone hurt in shower back in 1998? The present writer hopes public will check their naivete to see past a crafted public image to a serial molester who possibly trafficked children!  Former Prosecutor Ray Gricar and his 2005 disappearance, seem only remotely linked to Sandusky due to 1998 case.  But, it's interesting, the Sandusky-Gricar link is a recurrent one, in the press, you just wonder what's behind intent to include it?