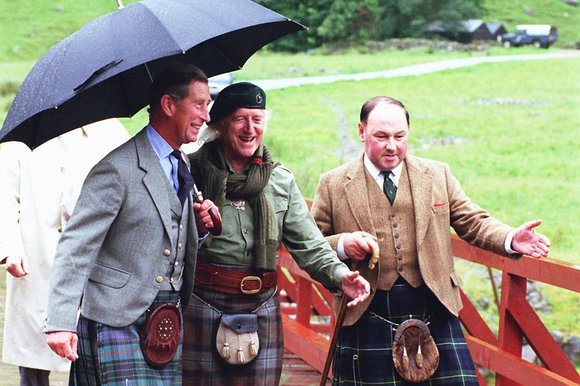 Pedophiles in Politics: An Open-Source Investigation

from corbettreport.com: As 2015 begins, high-profile cases involving accusations of pedophilia in the highest ranks of political power are making headlines on both sides of the Atlantic.

The first case involves the exposure of five VIP pedophile rings operating in Britain in the 1970s and 80s that have been researched in a dossier compiled by John Mann, an MP for Bassetlaw in the Midlands, which was then submitted to the London Metropolitan Police for further investigation. These five rings all included at least one current or former member of parliament, with a total of 24 politicians having been identified in Mann’s dossier. Six of those 24 are currently serving members of the UK government, including three MPs and three members of the House of Lords. As an MP himself, Mann enjoys parliamentary privilege to name the accused politicians in the House of Commons but has said he will not do so because he believes the accusations should be investigated by police first.

The Met are already investigating claims made by an alleged victim of the network that a Conservative MP strangled a boy to death during one of the ring’s sex parties, and that he personally witnessed two other boys murdered by the gang, including one who was run over in broad daylight. Mann has also indicated that he believes two men may have been murdered as part of a cover-up of the network’s activities.


One of the hurdles in investigating the claims is the Official Secrets Act, which prevents the disclosure of state secrets and “sensitive” information. “It is clear there are a lot of people who could provide a lot of information, potentially vital information, to support ongoing criminal investigations,” Mann said regarding the investigation. “But they are not doing so because of the Official Secrets Act. They are fearful of not only breaking the law but the potential effect on their pension. This is absolutely crucial if we are to get some of these ex-officers coming forward and to get prosecutions of some of the former MPs.” He has asked Home Secretary Theresa May to lift the restrictions, allowing former officials to speak up about what they know about the case, but so far there is no indication that this has been done.

Meanwhile in the United States a similarly shocking set of allegations are emerging from a Florida court case surrounding Jeffrey Epstein, the prominent American financier and billionaire who was convicted in 2008 of soliciting an underage girl for prostitution. In the years since his conviction, dozens of women have come forward to accuse him of abuse, and he has made 17 out-of-court settlements in various civil cases arising from these accusations. There is now an ongoing federal civil suit in Florida in which two women are alleging violations of the Crime Victims’ Rights Act in the remarkable plea deal that saw Epstein emerge from the scandal with a single count of solicitation of underage prostitution and a 13-month prison sentence.

Late last month, Virginia Roberts made headlines by submitting a motion to be added to the legal action in Florida. Those documents allege that Roberts was one of Epstein’s underage sex slaves and names both Prince Andrew, Duke of York and fifth in line for the British crown, and Alan Dershowitz, a well-known lawyer and author, as men with whom she was forced to have sex while underage. Buckingham Palace has emphatically denied the claims, and Dershowitz threatened to sue Roberts’ lawyers over the allegations but was instead counter-sued for defamation.

The scandal threatens to re-focus attention on the Epstein case, which raises many important questions about the billionaire’s connections with the rich and powerful. It has since been revealed that Epstein had 21 different phone numbers for contacting his friend Bill Clinton, who, court records allege, “frequently flew” on Epstein’s private jet between 2002 and 2005. The American tabloid press is now reporting that the new claims have created problems for Clinton’s marriage, with Hillary allegedly visibly angry at Bill at a recent public appearance.

Allegations of pedophilia networks amongst the political and entertainment “elite” are of course nothing new. In recent years Britain has been rocked by revelations of repeated, serial sexual abuse of children by popular children’s television entertainers Jimmy Savile and Rolf Harris. These scandals have raised questions about institutional support for these activities at a number of levels, including the BBC, the political classes and even royal participation in the enabling and cover-up of the abuse.
Likewise in America, allegations of political pedophile rings date back decades, with the most notorious being the Franklin scandal in which Lawrence E. King Jr. was accused of running an elite child prostitution ring for Nebraska Republican Party members and high-ranking U.S. politicians.

The story involves accusations that link the ring to CIA drug dealing, murder and cover up, including accusations of ritual abuse in the Bohemian Grove. The investigation was championed by former State Senator John De Camp and eventually brought before a grand jury in Douglas County but was eventually thrown out as a “carefully crafted hoax” and two of the alleged victims were themselves convicted of perjury after two other witnesses recanted their supporting testimony. Still, questions still surround the cover up of the case as documented in suppressed documentaries like Conspiracy of Silence.

The question of whether the London Met will be adequate to the task of properly investigating Mann’s dossier is not an idle one. Just last year reports revealed that the Met had 260 crates of evidence documenting police corruption in the north-east corner of London alone. The evidence relates to Operation Tiberius, a 2002 investigation that concluded there was “endemic corruption” in the Metropolitan Police force and that organized crime networks had been able to infiltrate the Met “at will.” The report that issued from that investigation was 170 pages long, but only six heavily-redacted pages were provided to a parliamentary committee that had requested the information. Only a handful of the scores of then-serving officers and officials identified by the investigation were ever prosecuted.

In the Epstein case, as well, there are numerous questions surrounding the possibility of high-level cover up. In recent weeks it has emerged that Epstein struck a remarkable secret deal with the US Attorney’s Office that barred more than 500 pages of documents detailing negotiations of the deal and a staggering 13,000 documents from the investigation into Epstein’s activities that were shelved as a result of the bargain. Moreover, the victims were not told of the plea bargain until after it had been concluded. All of this resulted from the US Attorney Office’s pledge to avoid turning the case into a “media circus” and disclosing the names of people like Prince Andrew.

Clearing the Smoke, Smashing the Mirrors

As always with ongoing legal investigations, it is important to sort the credible from the incredible, the proven from the unproven, and the mere allegations from the actual findings of fact. Hoaxes, lies and moral panics have erupted in the past that have proven fraudulent in the long run.

So what are the credible sources in investigations like these? How can those with a monetary or other interest in slandering the rich and powerful be separated from those with credible claims of abuse? What bodies or institutions can be relied on to investigate claims of this nature, especially when they involve sitting politicians and others in the highest reaches of political or financial power?

These questions and others like them will be answered in an upcoming edition of The Corbett Report podcast. In the meantime, Corbett Report members are encouraged to sign in and leave their own thoughts on these issues, including sources for further reading on theses topics and discussion of why pedophilia accusations of high-ranking politicians continue to crop up, and what these claims might mean if they are indeed true.