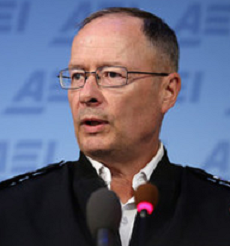 RT reports on Pentagon announcement: "Gen. Keith Alexander, who leads both the Cyber Command and the
National Security Agency, told the US Senate Armed Services
Committee on Tuesday that the 40 online support teams should be
ready for action by 2015, with 13 of those units existing
specifically to attack other countries."  How many desktop warriors are already in cyberspace? The present writer wonders, whether, there are more cyber soldiers online at any moment than ordinary people? It may be bigger operation than average person would ever imagine?  A final question will they use offensive teams domestically?