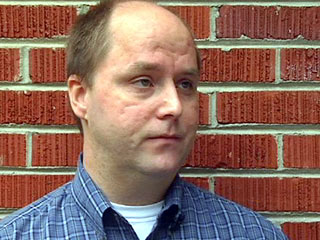 from cnn: A pilot who refused to submit to a full-body scan or the alternative pat down going through airport security said the procedures violate his rights. Michael Roberts, a pilot for ExpressJet Airlines, refused a full-body scan last week at a Transportation Security Administration check point at Memphis International Airport in Memphis, Tennessee.

Opting out of scanning is permitted, but those who opt out must receive an enhanced pat down from a TSA employee. "Pat down is misleading," Roberts said. "They concentrate on the area between ... the upper thighs and torso, and they're not just patting people's arms and legs, they're grabbing and groping and prodding pretty aggressively."

Roberts said TSA security measures are ineffective, and cited concerns for his rights and privacy in refusing the procedures. "I was trying to avoid this assault on my person, and I'm not willing to have images of my nude body produced for some stranger in another room to look at either," Roberts told CNN. The TSA said in a statement that "security is not optional" and any person who refuses security screening is not allowed to fly.

"TSA's responsibility is to keep the traveling public safe and we use an unpredictable variety of security techniques to carry out this mission," the statement said. "Crew members have access to sensitive areas of both airports and airplanes, making it necessary for all crew members to be subject to multiple layers of security."

Roberts, who has worked for ExpressJet for more than four years, said this was the first time he was asked to use the body scanners.

The scanners are in use in 58 airports, with more units being deployed to additional airports this year, according to the TSA website.

The TSA said strict privacy protection measures are in place. Officers screening passengers in line cannot see the images, and the TSA screeners who view the images do not see the passengers.

"The image cannot be stored, transmitted or printed, and is deleted immediately once viewed. Additionally, there is a privacy algorithm applied to blur the image," according to TSA's website.

Roberts said he is unclear about whether his actions at the checkpoint will cost him his job.

ExpressJet Airlines, which provides regional service for Continental and United airlines as well as corporate flights, has not responded to calls for comment. According to CNN affiliate WMC-TV, Roberts currently is not working and will seek legal advice.