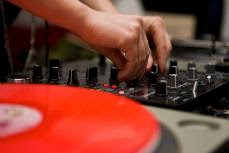 from bbc: Authorities have been increasing their efforts to crack down on pirate radio stations in the UK. Regulator Ofcom says the broadcasts can put lives at risk by interfering with emergency service frequencies, and can also block legitimate stations. Police officers raided an address in north London which, they say, housed an illegal radio station. Five people were arrested and officers seized thousands of pounds worth of broadcasting and musical equipment. Ofcom says there are more than 150 pirate radio stations operating across the UK, half of which operate in London and the South East of England. Last year, officers raided 43 studios used by illegal stations and shut down 838 illegal transmitters. Ofcom's head of investigations, Paul Mercer, told BBC News that pirate radio was not a victimless crime. "Ofcom receive complaints from the emergency services. The two services that are most affected are the National Air Traffic services and the London Fire Brigade. In both instances, because of the proximity of the frequencies used by those services and the illegal broadcasters, they can suffer some difficulties when trying to use their radio systems to communicate." However, one pirate radio DJ told the BBC that while pirate stations may have interfered with the emergency services in the past, it was now a rare occurrence. Steve, who manages the pirate radio station Ice Cold FM, said: "Problems can occur if people use a badly built link box that connects the studio to the transmitter." 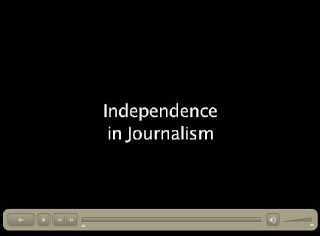 from citizen media law project: The question of what makes a journalist is due for yet another round of debate, now that Congress is weighing two competing versions of a federal shield law for reporters. Last Friday, the Senate introduced its own version of the Free Flow of Information Act, a follow-up to the House's action two days before. Both versions would provide new - if limited - protection against subpoenas for journalists, and both version contain a range of exceptions. Both bills were introduced in 2007 as well, with the House version passing overwhelmingly despite a veto threat. The Senate bill was passed easily out of committee only to die without a vote of the full chamber as the session ran out of time. (For details on the previous bills, see previous CMLP posts here, here, here, and here.) Again, the 2009 bills differ in a key respect, namely in how they define journalists. The Senate bill is fairly straightforward and generous in this regard. It covers a person "who is engaged in journalism," and defines the latter by: "the regular gathering, preparing, collecting, photographing, recording, writing, editing, reporting, or publishing of news or information that concerns local, national, or international events or other matters of public interest for dissemination to the public." The House version, on the other hand, puts limits on who is covered in a way that potentially leaves most bloggers and many others outside the protective zone of the shield.