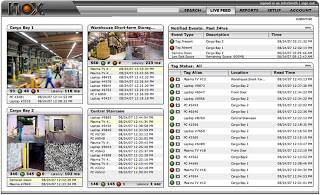 new rfid tech tracks you without your knowledge

from rfid wizards: By invitation, I recently visited a remote facility in northern Virginia to see a demonstration of NOX – a new Intelligent Perimeter Defense system deployed by the FBI that uses covert Radio-Frequency Identification (RFID) technology to track people and assets without their knowledge. That’s right, using RFID to track people without their knowledge. This system is exactly what the privacy advocates have long feared: Big Brother tracking us with spy chips. As Orwellian as this sounds, the undisputed fact is that this system catches thieves and does so at a fraction of the cost of traditional security solutions. NOX combines high-resolution video pictures and RFID for identification, tracking and tracing, overlaid in real time on a facility map to show the movement of people and assets. The system allows security officers to see theft as it happens, even if the stolen object is inside a briefcase, under a jacket, or stuffed inside a sock. What makes the NOX system I saw different from traditional security systems is that it uses RFID for clandestine surveillance: RFID readers are hidden inside walls, floors, and ceilings; RFID tags are discretely placed; and only the security personnel know that the system is in place – until the thief gets caught. Then, all the thief knows is that he or she was caught in the act, on video.

from prnewswire: Science Applications International Corporation today announced it has been awarded a contract by the Army's Biometrics Task Force (BTF) to provide biometrics support services in support of the Biometrics Operations and Support Services Unrestricted (BOSS-U) program. The multiple award, indefinite delivery/indefinite quantity contract has a three year base period of performance, two one-year options and a total contract ceiling of $497 million for all awardees. The BTF leads Department of Defense activities to program, integrate, and synchronize biometric technologies and capabilities and to operate and maintain DoD's authoritative biometric database to support the National Security Strategy. 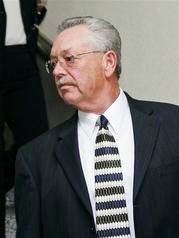 rioters were paid to provoke the police in bulgaria
from bnn: The provokers at yesterday's [jan14] anti-government protest turned into riots were hired and paid 300 leva (EUR150) to start fights with the police and ruin the peaceful march, DeltaNews reports on Thursday, quoting rumors. People with black masks were roaming through the crowds giving the sum to people under the influence of alcohol. Some of the provokers claim to have been paid days in advance. "I met a guy from the suburb of Lulin came and gave us 300 leva each in order to organize a mass fight with the police at the protest", two members of a FC Levski's ultras group told the Bulgarian National Radio. He had instructed them that it is not bad if the situation escalated into street riots. The men were offered extra money for a job well done. "I understood there are provokers among the protesters when we all knelt down in memory of the murdered student Stoyan Baltov", a declaration by the organizers of the peaceful march says - "The men with black masks continued to stand up." 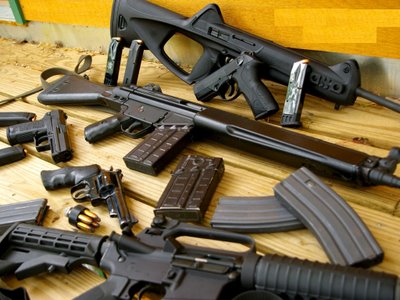 from rogue government: The terrorists in the federal government are continuing to destroy any freedom and liberty that might be left in this country. Now that the Democrat faction of the one party system has a majority in both houses of Congress and will shortly be in control of the executive branch, we can expect a different agenda of enslavement and dehumanization to be implemented. One of these agendas will be the continued destruction of the Second Amendment. Not satisfied with the current mechanisms of control already in place, a new piece of legislation has been proposed that will further impose more unconstitutional regulations on people who only wish to defend their life, liberty and property by owning a firearm. House Resolution 45 or the Blair Holt’s Firearm Licensing and Record of Sale Act of 2009 introduced by Representative Bobby Rush (D-IL) is essentially a national firearm licensing program that will place all sorts of unconstitutional requirements on people attempting to obtain a firearm. The rationale behind this bill is that they believe it will reduce gun violence in the United States. This is of course ridiculous because criminals will never go through any licensing process in order to obtain a firearm.

house resolution would open US up to democratic dictatorship 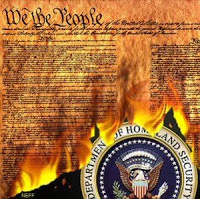 from rogue government: A series of insane pieces of legislation are being introduced by the Democrat-led Congress that has the potential to seriously undermine any freedom and liberty that is left in this country. One such piece of legislation is House Joint Resolution 5 which calls for the abolishment of the Twenty-Second Amendment which places a limitation on the amount of terms a President can serve. This Amendment was passed after FDR decided to run for additional terms beyond a second, breaking from traditional precedent. If House Joint Resolution 5 is successfully approved by two-thirds of the U.S. House and ratified by three-fourths of the state legislatures, we would essentially have a democratic dictatorship in this country. The elections are completely staged in this country with unsecured electronic voting machines and the mass media mind control apparatus brainwashing people to vote for establishment candidates that will do the bidding of Israel, rich bankers and the military industrial complex.

former nsa analyst: nsa ‘monitored all communications’ of americans, targeted journalists
from thinkprogress: Last night on MSNBC’s “Countdown with Keith Olbermann,” former analyst for the National Security Agency Russell Tice revealed that the NSA had “monitored all communications” of Americans and specifically targeted journalists... Tice, a major whistleblower who helped reveal President Bush’s warrantless wiretapping program to the New York Times in 2005, also told Olbermann that the agency sought specifically “to be deceptive” to prevent congressional committees from learning more about the program, calling it “a shell game”

rockefeller: nsa may have spied on me
from raw replay: Sen. Jay Rockefeller told MSNBC’s Chris Matthews that he was “quite prepared to believe” that the NSA may have eavesdropped on journalists. Rockefeller said, “I think they went after anyone they could get — including me.” This video is from MSNBC’s Hardball, broadcast Jan. 22, 2009.