Lots of Good News on Anti-fluoridation* 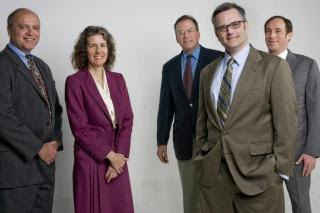 from oregonlive.com: Fluoride lobbyists reported meeting personally with all five members of the Portland City Council in July or August but only one of those initial meetings appears on public calendars -- under a vague heading -- leaving lingering questions about the effectiveness of the city's lobbying and reporting requirements.

Promoted by then-Commissioner Sam Adams beginning in 2005, the lobbying and reporting rules are supposed to preserve integrity in city decision-making. The requirements affect both lobbyists and city officials and are meant to reveal who attempts to influence city leaders -- and on what topic.

Upstream Public Health is behind the push to add fluoride to Portland drinking water. But its plan has since been challenged through a referendum effort that may block the City Council's Sept. 12 unanimous approval.

According to a recently filed disclosure, lobbyists reported meeting with Commissioners Randy Leonard on July 26, Dan Saltzman and Nick Fish on Aug. 2, Amanda Fritz on Aug. 6 and Mayor Adams on Aug. 27 to push for fluoride in public drinking water.

But those same city officials -- who are required to publicly post their calendars on a quarterly basis -- either didn't disclose the meetings about fluoride or left a vague subject heading. Adams and Leonard say they weren't actually present at the meetings.