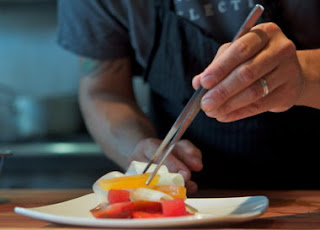 "I had one person call who couldn't have any sugar of any kind, natural or refined," says chef Aaron Woo. "I said I could make them something with agave, maple, all kinds of stuff, but I can't do a dessert without anything. They couldn't even have fruit juice."

With a week's notice, Woo is usually willing to design a menu for almost any diet, no matter how restrictive. That's partially because the chef, who trained at four-star restaurants in San Francisco, believes in good customer service. It's also because he's been there himself.

Woo is one of a growing number of Oregon chefs, restaurant owners, bakers and brewers who, faced with their own allergies or serious health concerns, have decided to open businesses offering food they can eat. Accommodating special requests isn't new -- just think of the gluten-free pizza crusts available at many pizzerias -- but some business owners are going further, with entire menus conforming to Paleolithic, vegan or (most frequently) gluten-free diets.