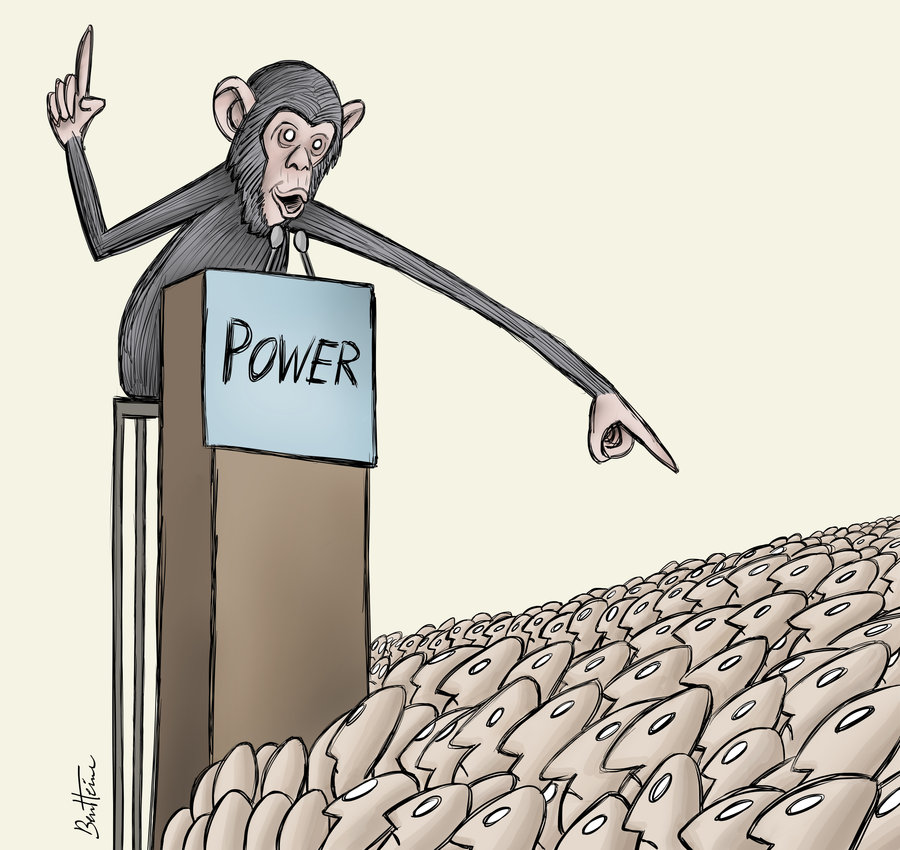 Power psychs people up about… themselves

from sciencedaily.com: We all know the type -- people who can talk on and on about their latest adventures, seemingly unaware that those around them may not be interested. They also get really psyched up about their own experiences. A new paper suggests that what separates such people from the rest of us is their perceived sense of power: Powerful people, researchers found, draw inspiration from themselves rather than others.

"It struck me, as it has no doubt many others, that powerful people are often bad listeners," says Gerben van Kleef of the University of Amsterdam. As he thought about how such people interact with others, van Kleef began to wonder whether powerful people become inspired by entertaining their own experiences.


So van Kleef and colleagues set out to test this social phenomenon in a series of studies, published in Social Psychological and Personality Science. In one of the studies, the researchers asked participants to discuss inspiring events in face-to-face conversations. They then assessed how inspired the participants felt after talking about their own experiences compared to listening to their partners' experiences.

"We found that more powerful participants were more inspired by their own stories than by those of their conversation partner, whereas less powerful people were equally inspired by themselves as by their partner," van Kleef says. To measure power -- which they define as a capacity to influence others while being relatively immune to the influence of others -- they used a standard questionnaire developed at the University of California-Berkeley.

The findings were intriguing "because they paint such a vainglorious picture or the powerful," van Kleef says. "I am sure that almost everyone can easily come up with an example of a person they know who fits the pattern that we demonstrated here. It was nice to see that we could capture this interesting social phenomenon in our studies."

This work is the first to show that people derive inspiration from themselves and others to varying degrees based on their level of power. As to why the powerful get inspired by themselves, van Kleef's team has a few ideas. One is that their inspiration is simply an extension of how powerful individuals tend to prioritize themselves over others in social interactions.

Another possibility, van Kleef says, is that being inspired by another person requires perceiving some quality of that person as being superior to ourselves. "We reasoned that powerful people would have a harder time appreciating the greatness of another person, which would make it more difficult for them to be inspired by others."

A final potential explanation is that social pressures tend to inhibit people's natural general tendency to to talk about themselves. "Because powerful people are less susceptible to social pressures, we expected that they might be less reluctant to publicly indulge in the greatness of their own experiences," he says.

Regardless of the reason for this link, van Kleef says that awareness of such behavioral patterns may help people to find inspiration when they seek it. "Our results suggest that powerful people can easily inspire themselves by reliving an inspirational event they have experienced," he says. "Less powerful people may be somewhat less inspired by their own experiences, but they are better able to draw inspiration from others' experiences."

The next step, van Kleef says, is to test whether the feelings of inspiration that powerful people draw from themselves can actually help them to become more creative or productive.