from washington times: Dmitry Medvedev yesterday was inaugurated as Russia’s president, pledging to bolster the country’s economic development and civil rights in what might signal a departure from his predecessor’s heavy-handed tactics. Mr. Medvedev took the oath of office in the Kremlin’s golden-hued Andreyevsky Hall, bringing to an end Vladimir Putin’s eight years as president. But Mr. Putin is sure to continue to wield huge influence in the country. Little more than two hours after becoming president, Mr. Medvedev nominated Mr. Putin as prime minister. 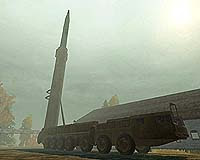 from spacewar: Newly inaugurated President Dmitry Medvedev on Wednesday formally assumed control of Russia’s nuclear arsenal at a Kremlin meeting in which a military officer brought him a black nuclear briefcase. Medvedev, who was sworn in to succeed Vladimir Putin earlier, took command in the presence of Defence Minister Anatoly Serdyukov at a sombre meeting that contrasted with his glittering inauguration ceremony.

“Comrade commander-in-chief! Allow me to give you control of the strategic forces of the country,” said the officer carrying the nuclear briefcase, in images shown on state television. The nuclear briefcase, a symbol of political power in Russia since the Cold War, is shrouded in secrecy but believed to contain a small computer with activation codes for nuclear missiles.

russia ‘expels US embassy staff’
from bbc: Russia has ordered the expulsion of two military attaches from the American embassy in Moscow, US officials say. The US state department said it would comply with the order although it objected to it.