@PumpUpThaVolume: Episode082 – Turn It Up 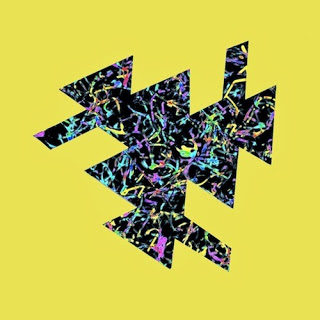 Darkside
"Golden Arrow"
'Psychic'
Matador, 2013
Note: Holy moley, we begin PUTV082 with our longest track ever! On this eleven minute headtrip, the duo known as Darkside bring the 21st century electro-freak odyssey, as their "style of disintegration illuminates their proper debut full-length, Psychic, in which they’ve achieved such genre-bending ambitions... “Golden Arrow” continues with the duo making their share of mistakes and wrong turns before landing on a recognizable beat. It’s a glimpse of being backstage, in a sense: Jaar pans left and right as he cycles through a multitude of instrumental voices, attempting to find the perfect posture to match Harrington’s palm-muting, the guitarist test driving an array of riffs before returning to simplicity."
(More Info)

Primal Scream
"River of Pain"
'More Light'
Ignition, 2013
Note: Whoa, and the epics keep on comin'... While rave reviews are few and far between, Bobby Gillespie's 30 years and running outfit are always worth a combative listen. "The sequencing was determined by producer David Holmes who also kindly supplied the horn players, drummer, bass player, percussionists, and kitchen sinks. If Screamadelica was as much an Andrew Weatherall album as a Primal Scream one, then More Light is a David Holmes album... the brilliant ‘River of Pain’...begins as a deceptively comatose mix of ‘Paint It Black’s Middle Eastern vibes with ‘Sympathy for the Devil’ “ooo-ooo”s. Then in the middle the song folds in on itself and turns into an unhinged free-jazz hallucination aided by the Sun Ra Arkestra. This gives way what sounds like the end credits of a vintage Hollywood movie before the smooth bass-line reappears and the intro reprises itself."
(More Info)

Crystal Antlers
"Licorice Pizza"
'Nothing Is Real'
Innovative Leisure, 2013
Note: "Since their 2006 formation, Long Beach’s Crystal Antlers have been aggressively hard to pin down, dipping their toes into garage rock, neo-psychedelia, and lo-fi while consistently reconfiguring their lineup... If their latest trick was to burn it all down just to start again, it was the right one for Crystal Antlers, because “Licorice Pizza” hits harder and more directly than anything the band has put out to date."
(More Info)

Unknown Mortal Orchestra
"No Need For A Leader"
'II'
Jagjaguwar, 2013
Note: Last heard on Episode042, the New Zealand-born, Portland-based band returns with more from 'II'. "The anonymity trick may have helped Unknown Mortal Orchestra gain notoriety at the outset, but it soon became the least interesting thing about them... "No Need for a Leader" goes for a brisk, head-down six-minute jog..."
(More Info)

Shelby Lynne
"Call Me Up"
'Thanks' EP
Everso, 2013
Note: "Shelby Lynne has been making music since 1988 and she has seen the way the industry has changed, how making records has changed and how much she as a person and an artist has changed. One thing for certain is the same, her drive, honesty and voice." You may remember: "At the 43rd Grammy Awards, held on February 21, 2001, she won the award for Best New Artist. "Thirteen years and six albums to get here," said Lynne during her acceptance speech."
(More Info)

Factory Floor
"Turn It Up"
'Factory Floor'
DFA, 2013
Note: "After years of under the radar singles and remixes, post-industrial trio Factory Floor are finally exploding onto the scene with a fiery DFA LP... “Turn It Up” is equal parts a totally appropriate introduction and a frenzied, strobed out glance into the seizure-inducing color spasm of Factory Floor’s sound bank... It’s the perfect introduction to a brilliant record, and it should tantalize your likings until you take the full plunge into Factory Floor."
(More Info)

Ha Ha Tonka
"Colorful Kids"
'Lessons'
Bloodshot, 2013
Note: "Light and darkness spar with each other throughout Lessons, the striking new album... “Colorful Kids” displays Ha Ha Tonka’s innovative approach to structure. It opens with a bell-like mandolin, driving percussion and beautifully manicured guitars. From there it chugs along, as pleasant as can be, and then comes to a halt for no other reason than to give the band members a chance to harmonize together on a gorgeous vocal sigh."
(More Info)

Gary Numan
"Everything Comes Down To This"
'Splinter (Songs From A Broken Mind)'
Mortal, 2013
Note: " Splinter (Songs from a Broken Mind) first suggests that Gary Numan is really a robot after all, programmed to spit out dour songs of loneliness and despair that use words like "dust," "broken," or "lost"... Key track "Everything Comes Down to This" sounds like a juggernaut of a Nine Inch Nails song coming over the hill with some stately, Telekon-era styled synth soaring out of this scratchy nighttime world..."
(More Info)

Maria Taylor
"Something About Knowing"
'Something About Knowing'
Saddle Creek, 2013
Note: "Maria Taylor, known as one-half of Azure Ray along with Orenda Fink, will be releasing another anticipated solo album... Perhaps Taylor sums it up best on title track "Something about Knowing" where she sings that she has everything. Some readers might be wondering if listening to an artist sing about the joys in their life over the course of an entire record could become nauseating. Rest assured, Taylor's atmospheric sound and gentle melodies never become the least bit sickening or cliché."
(More Info)

Wishbeard
"Strawberry '79"
'It’s All Gonna Break'
self-released, 2013
Note: "Ever since Wishbeard popped up on the Seattle scene last year, they’ve been dealing smiles all around with their equally progressive and accessible pop tunes... “Strawberry ’79″ opens the new EP and gives a wonderful introduction to the band for newcomers... For as reserved as they seem at a glance, over the course of “Strawberry ’79″‘s three minutes, you’ll be cranking the volume constantly."
(More Info)

France Camp
"Ghost Town"
'France Camp'
Forged Artifacts, 2013
Note: "If you’re feeling a bit nostalgic for summer already, this premiere of France Camp’s newest single “Ghost Town,” isn’t going to make you feel any better. France Camp, former member of the once up-and-coming indie-rock sensations, Howler, whose pseudonym doubles as a band name, picks up where he left off in 2011 when he departed Howler. This Twist-inducing surf anthem hits hard straight out of the gate with a bubbly and infectious guitar riff."
(More Info)

Juana Molina
"Sin Guia No"
'Wed21'
Crammed Discs, 2013
Note: "Argentine experimental singer-songwriter Juana Molina recently gave a great interview to Rookie in which she expressed her regret about starting a music career 20 years after the desire struck her: “The thing you have to think about is the time you waste by not doing what you want to do. I think about the many, many years that I wasted because I didn’t dare to play music.” We can argue about whether taking five years between records also constitutes wasting time, but on the other hand playing every instrument and singing every vocal is a time-consuming task. Either way, Molina is thankfully back in our lives with the pending release of sixth LP Wed21, her follow-up to 2008′s Un Día."
(More Info)

Lazer Kitty
"Dino Wipeout"
'Moons'
self-released, 2013
Note: "According to their Facebook page, Lazer Kitty makes “soundtracks for the cosmos”. It’s true - the Seattle trio...combine synthesizers, drum machines and a whole lot of moxie to make sounds that, one can feel, aim for the stars. Today’s featured song comes from their second album, Moons, realized earlier this month. “Dino Wipeout”, an instrumental single, starts with a punk-rock bass, heavy and pronounced."
(More Info)

****************************************
@PumpUpThaVolume Music News:
The Painful Life History Hiding in #ElliottSmith’s Masterpiece, "Waltz # 2" from XO
Musicians Pay Tribute To #ElliottSmith, Who Died 10 Years Ago Today
Watch @CatPower & @SkyFerreira cover Elliott Smith together
Happy @best_coast Coast release day! Get Fade Away on @iTunes now!
Boards of Canada reissue LPs are out now!
Our Favorite Discoveries From The 2013 CMJ Music Festival
What the hell happened to CMJ Music Marathon?
Why Robin Pecknold's clean-cut @PearlJam cover on @jimmyfallon speaks volumes
@SPINmagazine So Robin's haircut bad, but corporate @jimmyfallon @nbc @PearlJam circle jerk good? Let's not get into who smells like what...
#TheSmiths' '#TheQueenIsDead' tops @NME's list of 500 greatest albums of all time http://www.nme.com/news/the-smiths/73363 … beats Beatles, Bowie, Pulp, Pixies
#Interview w/ @ExeneCervenka of X: Punk poet and living, loving legend Exene Cervenka of X joins us to talk...
Take a look at the 10 albums you must score on Record Store Day's Back to Black Friday
In case you missed it: @TheeQuasi wrote guest posts for @MAGNETMagazine
Morrissey responds to reports on sexuality: "I am humasexual"
I'm gonna FINALLY see @rufuswainwright this Saturday?! @aladdintheater #Portland
I forget to post a pic of last Saturdays #Goblin show at @HawthorneThtr in #Portland