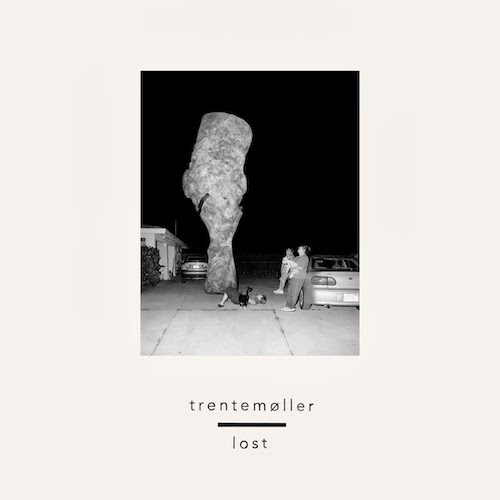 Luke Temple
"Florida"
'Good Mood Fool'
Secretly Canadian, 2013
Note: "On October 15th, Luke Temple, bandleader for Here We Go Magic, will be releasing a new collection of solo material Good Mood Fool through Secretly Canadian. The album is his first since 2011’s Don’t Act Like You Don’t Care and sees the singer leaning toward a more soulful sound. While the latest single from the release, “Florida,” has a funky, laid-back vibe to it, the story is serious in nature. It was inspired by a close friend of Temple’s awful addiction to cocaine. “My friend was going through a tough time,” he said, “I was feeling for her and wrote this song.”"
(More Info)

Brett Dennen
"When We Were Young"
'Smoke And Mirrors'
Atlantic, 2013
Note: This is the fifth full-length and first for Atlantic, so the push is on! "But if Smoke represents a return to the great outdoors for Dennen, the Charlie Peacock-produced project showcases less wilderness, more polished simplicity. Each track is self-contained, from the fingerpicking-into-lush strings of “Only Want You” to the fuzzed-out garage(ish) rock of “When We Were Young.” That song, with its the uber-relatable line, “High school was a catastrophe, it was a failure factory,” hints at the Dennen of “Comeback Kid (That’s My Dog).” But here, the singer’s unusual voice is matched-to-the-point-of-blending with the percussive guitars and electronic warbles."
(More Info)

Snorri Helgason
"Calling"
'Autumn Skies'
Record Records, 2013
Note: Last heard back on Episode038 with his sister Silla, Seattle's Snorri returns to PUTV with new music. "Snorri Helgason is a strange beast. At once a Reykjavík hipster, and at the same time making music that could be seen as deeply unfashionable, he insists on making Americana tinged folk/country that sounds sublime, and belies his young age."
(More Info)

Lissie
"Shameless"
'Back To Forever'
Columbia, 2013
Note: We heard one of my favorite songs for 2013, "I Don't Wanna Go To Work", back on Episode075. Now she's 2-for-2 with this one! "She delivers a wallop in “Shameless,” a song driven by Tom Petty guitar chords and big drums. It’s simultaneously swaggering and stumbling, as Lissie is both meaner (“I gotta get far away from you”) and less sure of what anything means (she keeps asking, “so what?”). “I don’t want to be famous, if I have to be shameless,” she yells. “I don’t know what this game is/ cause I’m not even playing it.” We’re all stuck in the game. But as Lissie fights to assert her own self-confidence, it has a bracing effect on everyone in earshot."
(More Info)

Vex Ruffin
"Prime of My Life"
'Vex Ruffin'
Stones Throw, 2013
Note: "It’s hard upon first listen of Vex Ruffin’s debut album to put him into an already existing genre of music. It’s rough, repetitive, and simple. The sounds he uses are bass heavy, but not hip hop. His sounds are rough and distorted like a punk or rock band... The head of Stones Throw Records, Peanut Butter Wolf, signed Vex as the first and only artist to be signed on the strength of an unsolicited demo..."
(More Info)

Mono Town
"Jackie O"
'In The Eye of the Storm'
(TBA), 2013
Note: "Much like Snorri Helgason, the artist we featured yesterday, Mono Town doesn’t sound distinctly Icelandic. In fact, on first listen of today’s featured song -- with its reference possibly to the American icon Jacqueline Kennedy Onassis (or the contemporary Australian personality?), English lyrics and Britpop-meets-spaghetti-western sonic influences -- you might think they resided somewhere within the Commonwealth or its former colonies."
(More Info)

Cass McCombs
"There Can Be Only One"
'Big Wheel and Others'
Domino, 2013
Note: "Among his gnomic-genius singer/songwriter peers, Cass McCombs might be the most gnomic: His lyrics often read like complicated philosophical dissertations, unspooled in a private corner of his mind... "There Can Be Only One," off his upcoming Big Wheel and Others, is unhurried and inscrutable, pattering bongos and filliping bass and Harvest ambience while McCombs puzzles at length over the meaning of giving your heart to "just one.""
(More Info)

Psapp
"Everything Belongs To The Sun"
self-released, 2013
Note: "After a four-year hiatus, Psapp make a welcome return with the unveiling of their brand new track 'Everything Belongs To The Sun'. Psapp are a duo known for throwing together a whirlwind of otherworldly, even wildlife-like, sounds to create music totally out of the ordinary, yet still thoroughly enjoyable." The duo is from London(ish)...
(More Info)

My Bubba
"Poem Found in the Pocket of an Amazon"
'Goes Abroader'
Fake Diamond, 2013
Note: When we played these ladies back on Episodes035/036, they were called My Bubba and Mi... "This isn’t the first time we’ve featured My bubba in the last year... The Swedish/Icelandic duo of “My” and “Bubba”, who are now just calling themselves My bubba...are also ready to release a new album. The duo originally met in Denmark and started making “sensual folk” together... “Poem Found in the Pocket of an Amazon” is the first single from it and highlights their adventurous spirit and alluringly sultry sounds."
(More Info)

Noah and The Whale
"All Through the Night"
'Heart Of Nowhere'
Mercury, 2013
Note: The UK band's fourth record came out in May but is only now starting to make some real waves... "Most of 'Heart Of Nowhere' bears little trace of the quaint folk-pop that Noah And The Whale once pushed. 'All Through The Night' has the pulse of Springsteen's 'Born To Run', racing headlong into the future with a heady carelessness that comes from surviving bad times and realising you're going to make it."
(More Info)

Trentemøller
"Candy Tongue" (w/ Marie Fisker)
'Lost'
In My Room, 2013
Note: "Lost winds back toward convergences, with “Candy Tongue” emerging like a shadow track from Dummy, where Portishead brought competing influences back into play. Built on a could-be Barrow drum pattern and Marie Fisker’s uncannily Gibbons-like vocal, “Candy Tongue” is kind of freaky. It’s supposed to be kind of freaky. Illusions and footfalls and back alley menace lurk in the throbbing instrumental tracks"
(More Info)

Ásgeir
"King and Cross"
'In The Silence'
One Little Indian, 2013
Note: Another Icelandic artist that returns with a truncated name is Ásgeir Trausti. The singer hooked up with John Grant (another 'best of 2013' for me) in a translation of Ásgeir's music. KEXP says, "the first single from In the Silence, is the glorious result of their collaboration. Not only is Grant’s translation faithful to the original lyrics (though the original title means “secrets”), “King and Cross” tracks almost identically to the original and loses none of its beauty."
(More Info)

Best Coast
"This Lonely Morning"
'Fade Away' EP
Jewel City, 2013
Note: "For a band that’s ditched the lo-fi fog and quickly grown in prominence with little sign of slowing, Fade Away seems like an odd title for Best Coast’s new mini-album... A quick look at the titles, though, will similarly demonstrate that Best Coast aren’t reaching back to their lazy days with the sun pouring in through the windows, Snacks and snacks on the table, and relationships (at least occasionally) full of fun. The titles here use words like “lonely,” “fear,” and “crying”; Cosentino’s questioning her own identity... Cosentino belts out on opener “This Lonely Morning”, a track that reflects little of its malcontent in its buoyant instrumentation." We love Best Coast (pic from August) and really love that this is their first release on their own label.
(More Info)

Grísalappalísa
"Allt Má (Má Út)"
'Ali'
12 Tonar, 2013
Note: "Tapping into a range of influences from krautrock, post-punk, and free jazz, this relatively new band is one Reykjavik’s most potent live acts. Though their songs are completely in Icelandic, their unbridled energy and raw emotion are unmistakeable... Apparently, today’s featured song, “Allt Má (Má Út)” (meaning “Everything Is Allowed (Allowed To Be Erased)”) is a Dantean journey of an alcohol-fueled night"
(More Info)

****************************************
@PumpUpThaVolume Music News:
@rufuswainwright played #hallelujah at @aladdintheater in #portland and a man had a fucking heart attack!
#Video: ▶ Goblin at @HawthorneThtr in #Portland, #Oregon (10.19.2013) https://www.youtube.com/watch?v=h8nU2mC1fqk … Full show!
Mogwai announce new album, 'Rave Tapes'. Listen to one of the tracks, 'Remurdered'
Hear @ArcticMonkeys, @ArcadeFire salute Lou Reed with his biggest hits
Arctic Monkeys covered 'Walk On The Wild Side' last night
Review: Arcade Fire sharpen their edges on the sprawling, frequently awesome 'Reflektor'
Stream Beachwood Sparks' long-lost "Watery Moonlight," from would-be debut album
Mercury Music Prize: Laura Mvula is bookies' favourite, ahead of David Bowie, Disclosure & Arctic Monkeys
Interesting to note that there are three @Dominorecordco signed albums on #MercuryPrize shortlist - more than any other label.
And finally! Thank you @ArcticMonkeys for that cracking performance of 'Do I Wanna Know'.
Yr old pal @jamesblake has picked up the Mercury Music Prize!
Katy Perry tops Billboard in worst week for album sales since 1991
Morrissey's Autobiography will be published in America (which is not the world)
Lady Gaga 'sued by Teddy Riley over 'The Fame Monster' track'
Stream M.I.A.'s new album, Matangi, right now
Colin Meloy says The Decemberists' new album is coming soon
Hans Zimmer, @Pharrell, @Johnny_Marr, @DaveStewart, and Mike Einziger are teaming up to score new Spider-Man film
@Beck to perform Song Reader show in Hollywood, w/ Jarvis Cocker, @JennyLewis, @DonaldGlover, and more
Celebrating 10 years of @TheShins' Chutes Too Narrow, a record that reshaped indie rock
Taking the @arcadefire album #Reflektor for its first spin... "If there's no music in heaven, then what's it for?"