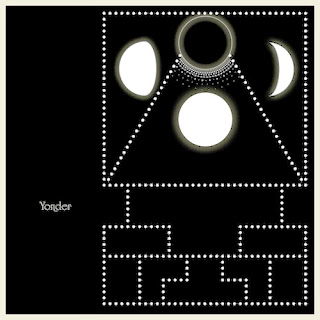 Julie Ruin
"Oh Come On"
'Run Fast'
TJR/Dischord, 2013
Note: "The former Bikini Kill/Le Tigre leader Kathleen Hanna is straight-up, bar-none one of the greatest punk rock performers of all time, and she hasn’t released a new album in almost a decade, since Le Tigre finished their run. So it’s a big deal that Hanna and her new band the Julie Ruin are coming back with the new album Run Fast, especially when the album’s first single is as undeniable and propulsive as “Oh Come On.”"
(More Info)

Naughty Boy
"La La La" (w/ Sam Smith)
'Hotel Cabana'
Virgin, 2013
Note: Hey, I just heard about this guy on the crazy awesome YTMA! "Shahid Khan, aka Naughty Boy, has moved on from his days dreaming up beats as a pizza delivery boy and established himself as the latest go-to industry pop producer working with an all-star cast. This debut album's highlight is, predictably, La La La, a touching and catchy eureka moment which has already established itself as the biggest-selling British single of the year."
(More Info)

Cub Sport
"Paradise"
'Paradise' EP
self-released, 2013
Note: When we last heard this Brisbane band on PUTV's Episode040 they had the infringing name of Cub Scouts, now they're back with a new EP. "Initially formed under the name “Cub Scouts” in 2011...playing shows in their native Brisbane, eventually becoming favorites of Aussie music champions Triple J... Tempering the song’s bright colours with melancholy lyrics, the band elects to use one of pop’s most effective plays, but it suits the song well: rather than falling into a cliched amount of positivity on “Paradise”, Cub Sport choose to include both sides of youth - optimism and regret - in less than three minutes of melodic bliss."
(More Info)

Agnes Obel
"Dorian"
'Aventine'
PIAS, 2013
Note: In an interview with The Line Of Best Fit, Danish pianist Agnes Obel talks about her sophomore album's song by saying, "‘Dorian’ is about the inter-relational thing between two people, that you can’t put words on but you know is there... ‘Dorian’ is sort of my construction of that state of mind. Nobody outside this bubble of these two people can see it, so it looks really pretty and great but then if you step into this ring, you see that it’s all sort of falling apart and rotting.... of course, I knew about Dorian Gray but it was not deliberate or about that character."
(More Info)

RJD2
"Her Majesty's Socialist Request"
'More Is Than Isn't'
RJ's Electrical Connections, 2013
Note: Whoa, Ramble John "RJ" Krohn, aka RJD2, was born in Eugene, Oregon?! "After a decade experimenting with different styles and genres, producer RJD2 returns to the format of his 2002 debut. Like his classic Dead Ringer, More Is Than Isn't is focused primarily on instrumental hip-hop... the instrumentals tend towards the upbeat, providing some great dance music moments, especially first single "Her Majesty's Socialist Request," which should appeal to both b-boys and club kids alike."
(More Info)

U.S. Girls
"Work From Home"
'GEM'
FatCat, 2012
Note: "Although her moniker implies otherwise, Meghan Remy is the sole, albeit American, member of U.S. Girls, where she mashes her love for neon crunch with D.I.Y. roughness while maintaining a distinct pop signature... It’s not subtle, but Remy never claims to be: “Work From Home” is a D.I.Y. tribute that struts its glammy message with unerring confidence, so anything less wouldn’t be nearly as satisfying."
(More Info)

Goldfrapp
"Annabel"
'Tales Of Us'
Mute, 2013
Note: "By far the duo’s most intimate and lavish recording to date, Tales Of Us offers up a gateway into the mind of Alison Goldfrapp as she takes listeners to her innermost fears. Influenced by cinema and a fascination for the fantastical, the London outfit’s sixth studio album washes away their signature electronic disco for a complex mesh between trip-hop and lounge."
(More Info)

Deltron 3030
"Melding Of The Minds"
'The Event II'
Bulk, 2013
Note: Del, Dan and Kid Koala return with a host of guests amid great expectations. "Deltron 3030’s long-delayed sophomore album, Deltron Event II, picks up nearly a century after the group’s self-titled 2000 sci-fi concept album left off, and things have only grown worse in their dystopian future. A catastrophic bank crash has set off interplanetary wars that have wiped out entire civilizations, and the survivors live among the nuclear fallout in meager shanties, where they’re easily preyed upon by roving bandits and, just as often, their own government... "
(More Info)

Glasser
"Keam Theme"
'Interiors'
True Panther, 2013
Note: "Glasser first previewed Interiors with brand new track ‘Shape‘... next single ‘Keam Theme’, which from the sound of it is just as chirpy, charming and romantic as we’ve come to expect from Cameron Mesirow."
(More Info)

Yonder
"Bellwether"
'Yonder' EP
self-released, 2013
Note: "There isn’t much background floating around when it comes to Yonder, but a little mystery never hurt anybody... Last month they self-released, Yonder, a three-song EP that is designed to take the listener on a journey through nature’s powerful elements. “Bellwether” is...an elemental track that speaks to the stormy weather and isolation of which Seattlites are extremely familiar. This song has all the makings of a stand-out indie rock anthem."
(More Info)

Quasi
"You Can Stay But You Got To Go"
'Mole City'
Kill Rock Stars, 2013
Note: "Janet Weiss (Wild Flag, Sleater-Kinney, the Jicks, Drumgasm) and Sam Coomes (Heatmiser) will release their new Quasi double LP Mole City on October 1 via Kill Rock Stars in the U.S. and Domino in Europe. Today, they've shared the video for "You Can Stay But You Got to Go", which features Weiss and Coomes wearing masks as they perform the track." My man Jeffrey is on the road with them right now as they get to play after Doug Benson and The D?!
(More Info)

****************************************
@PumpUpThaVolume Music News:
MT “@SPINmagazine: FYI I'm so close to #JasonSchwartman and #SpikeJonze right now #SpinYTMA” I was hoping he'd play drums! #ytma
Win Butler, pulling a Kanye by interrupting an award given to Taylor Swift
Yes, I found a sealed #vinyl copy of #MotleyCrue's "Theatre of Pain" at Goodwill http://ow.ly/i/3Cdox "Warning: Contains Sonic Fury"
The Youtube Music Video awards: @arcadefire's Win Butler spoofed @kanyewest, @MIAuniverse smashed it, and more
@illstreet quickly became a favorite channel on @somafm... It's what I'd like to imagine my grandma listens to in the 5th dimension!
Morrissey 'Autobiography' audiobook to be read by David Morrissey
Beastie Boys, Deerhoof, Questlove & more cameo in new Yoko Ono video
Cconnect the dots… RT @pumpupthavolume #SongOfTheDay: RJD2 - Her Majesty's Socialist Request
See @yokoono dance with @questlove, @beastieboys, Ira Glass, @HIMANSHU, @mxjustinVbond, and many more in "Bad Dancer"
It's Nashville’s biggest party. Who will be the big winner at the @CountryMusic #CMAawards tonight?
10 albums you can hear now: @Eminem, @MIAuniverse, @Lambofgodband, @ILLLS_, @Flumemusic, and more
How Music Works: 1 Science behind the sounds http://www.brasschecktv.com/videos/out-there-1/how-music-works-.html … 2 Rhythm The heartbeat of music http://www.brasschecktv.com/videos/out-there-1/how-music-works---rhythm-.html … via @brasschecktv
It is with great sadness that we must confirm that our friend & partner in music Cheb i Sabbah passed away peacefully in his home last night
For more info on @chebiji (Cheb I Sabbah) please go to http://nadabrahma.co.uk/cheb-i-sabbah-1947-2013/ …
Watch M.I.A perform live with The Roots on Fallon
Watch David Bowie get "High" in a new Louis Vuitton ad
We've posted video of Lou Reed's final interview, a touching conversation with @RollingStone's Farida Khelfa
♬ Orb - Slug Dub ♬ http://soma.fm/spacestation #nowplaying
A celebration of concert posters and why we love them