@PumpUpThaVolume: Episode087 – Good To You 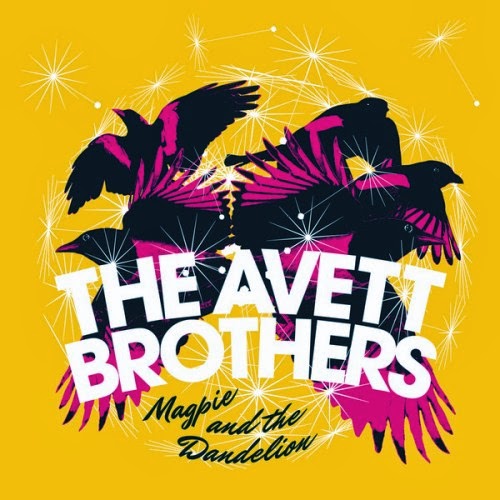 "♫Makin' a soundtrack for another planet to hear♫ on Episode087 - Good To You which features brand new sounds from Tennis, Girls Against Boys, AgesandAges, Glass Animals, Avett Brothers, Shad, Sallie Ford and The Sound Outside, Simon & Garfunkel, Los Campesinos!, Active Child, Minor Alps and XVIII Eyes...

Previous: Episode086 - Time's On My Side

Tennis
"Cured of Youth"
'Small Sound' EP
Communion, 2013
Note: "With the help of producers Richard Swift (who has worked with The Shins and Foxygen) and Jim Eno (Spoon’s drummer and producer), Tennis has matured considerably... It is perhaps ironic that this EP is titled “Small Sound,” because this time, Tennis sounds bigger — catchier, more inventive, and more intricate — than ever. In five tracks, they have taken another step forward and given plenty of reason to be excited for their upcoming album, which is set for release in spring of 2014."
(More Info)

Girls Against Boys
"It's A Diamond Life"
'The Ghost List' EP
Epitonic, 2013
Note: Damn, welcome back again - I always really liked these guys! "A sonic descendant of both Chicago’s ’80s noise rock and D.C.’s hardcore scenes, Girls Against Boys’ grinding sound spent much of the 1990s as a vital part of the American independent rock scene... “It’s a Diamond Life”, The Ghost List’s lead track, isn’t a far cry from the sludgy grind on 1993′s Venus Luxure No. 1 Baby, but where that album was filled with punk ferocity, the new material is spiked with sarcastic bile."
(More Info)

AgesandAges
"Divisionary (Do The Right Thing)"
'Divisionary'
Partisan, 2014
Note: "Portland, Oregon rock and roll band Ages and Ages are releasing its new album, Divisionary, on Partisan Records on March 25th. Ages and Ages formed in 2009... The band debuted in 2011 with Alright You Restless. Divisionary reflects the numerous life changes band members went through over the last several years."
(More Info)

Glass Animals
"Black Mambo"
'Glass Animals' EP
Wolf Tone/Virgin, 2013
Note: "This Oxford quartet seem bookishly sexy, distracting themselves with unseemly thoughts in the science section of the library in ways unseen since Alt-J. ‘Black Mambo’ is a dark and warped journey into the Oxfordshire woods that drips into your brain until you’re convinced you can feel something crawling up your le… AH, SNAKES!"
(More Info)

Avett Brothers
"Good to You"
'Magpie and the Dandelion'
American, 2013
Note: "On the largely pensive new Magpie and the Dandelion, the brothers spend a good deal of time examining the push and pull between their day-to-day pressures and impulses (a need to tour in "Good to You," the pursuit of responsibility-free rootlessness in "Open Ended Life") and a need for connection, contentedness and openness to wonder. As with The Carpenter (also produced by Rick Rubin, and released a mere 13 months ago), Magpie and the Dandelion largely eschews the raw, jittery energy that so often infuses The Avett Brothers' early work." This is the 8th record from the NC boys...
(More Info)

Sallie Ford and The Sound Outside
"Lips N Hips"
'Summer EP'
Partisan, 2013
Note: Sallie and the gang kicked off 2013 with their critically-acclaimed second full-length, 'Untamed Beast' (soon to be featured on our 'Best of 2013' comp!). Now they're closing out the year with the a Summer EP "Sallie Ford & the Sound Outside are combating the cold days of winter with their new, ‘Summer EP’" Thanks for the tweet love!
(More Info)

Sebadoh
"I Will"
'Defend Yourself'
Joyful Noise, 2013
Note: "Lou Barlow has spent the past few years back with Dinosaur Jr., making shockingly great Dinosaur Jr. reunion albums. But now he’s taken a break from that to get back with Sebadoh, the band he led after parting ways with Dino Jr. the first time, to make another strong reunion album. (I am probably asking for too much here, but I’d really like him to do Folk Implosion next.) Defend Yourself, is Sebadoh’s first in 14 years."
(More Info)

Simon & Garfunkel
"The Only Living Boy in New York"
'Over The Bridge Of Time: A Paul Simon Retrospective (1964-2011)'
Legacy/Sony, 2013
Note: This track was from S&G's fifth and final full-length, 1970's 'Bridge Over Troubled Waters'. It was also the b-side to "Cecilia". "The release of Over The Bridge Of Time: A Paul Simon Retrospective (1964-2011) coincides with the October 15th arrival of Paul Simon - The Complete Albums Collection, on Legacy Recordings. The monumental career-spanning 15-disc deluxe library box set houses the 12 studio albums and two full-length live concert recordings which comprise his official canon, from 1965's The Paul Simon Songbook through 2011's So Beautiful or So What, all originally released on the Columbia, Warner Bros. and Hear Music record labels."
(More Info)

Los Campesinos!
"What Death Leaves Behind"
'No Blues'
Turnstile/Wichita, 2013
Note: This is the Welsh band's fifth full-length and second consecutive album to be produced by John Goodmanson. "With all seven members pushing in the same direction, the opening duo of “For Flotsam” and “What Death Leaves Behind” are as anthemic as LC!’s earliest work, though they achieve a kind of heretofore unimaginable liftoff—the call and response vocals merge into a unified front, the drums are huge. LC! have never sounded so muscular or crafted melodies as instantly memorable."
(More Info)

Active Child
"Evening Ceremony"
'Rapor' EP
Vagrant, 2013
Note: Being re-featured on his new EP, this track was released early on 2013 on a soundtrack. Stereogum said, "On the soundtrack of The Host — the new Stephanie Meyer magical-teen-romance adaptation, and sadly not the amazing 2006 South Korean monster movie — L.A.’s Active Child has contributed one of his gorgeous swooping slo-mo harp-and-falsetto elegies. It’s called “Evening Ceremony,” and it’s a deeply pretty four and a half minutes."
(More Info)

Minor Alps
"Far From the Roses"
'Get There'
Barsuk, 2013
Note: "Minor Alps, the collaborative project from Boston veteran Juliana Hatfield and Nada Surf leader Matthew Caws... Longtime friends and frequent collaborators before Minor Alps’ formation, Hatfield and Caws both spent most of the mid-1990s as college radio staples, scoring one crossover hit each (“My Sister” and “Popular”, respectively), before establishing themselves as two of the Northeast’s most enduring cult artists. Get There, the duo’s full-length collaborative debut, splits the difference between Hatfield’s melancholy jangle and Caws’ melodic romanticism."
(More Info)

XVIII Eyes
"Volcano Surfing"
'I’ll Keep You'
self-released, 2013
Note: "The Seattle band XVIII Eyes (formerly known as Eighteen Individual Eyes) recently released their full-length I’ll Keep You, a big, bursting collection of music with layers and layers of instrumentation placed around one another to form an elaborate collage of songs..."
(More Info)