@PumpUpThaVolume: Episode088 – Put Me Through 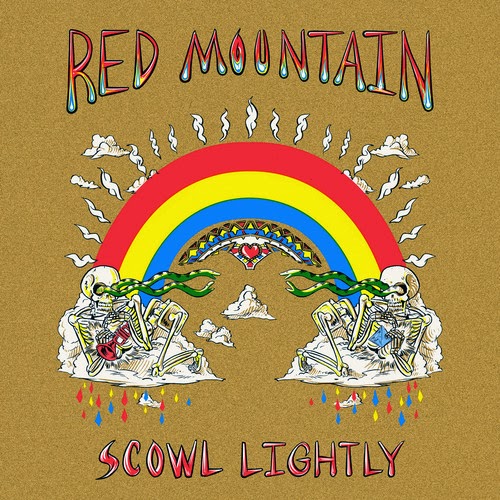 Previous: Episode087 - Good To You

Los Campesinos!
"Avocado, Baby"
'No Blues'
Turnstile/Wichita, 2013
Note: Two weeks in a row we get the joyful noise of the seven piece from Wales! "“Avocado, Baby” features an early Rapture-esque breakdown, wherein Gareth sing-shouts, “A heart of stone/ Rind so tough it’s crazy/ That’s why they call me the avocado, baby,” a line that’s both laughably inane (they call you the avocado?) and painfully heartbreaking in its doth-protest-too-much emotionless insistence."
(More Info)

Bottomless Pit
"Null Set"
'Shade Perennial'
Comedy Minus One, 2013
Note: "Formed after their previous project, the long-running Chicago indie outfit Silkworm, which ended with its drummer’s tragic death, Bottomless Pit retained some of that band’s slithering tempos and garage-tinged roughness, adding a level of previously unheard grandiosity into the mix... “Null Set”, named for a mathematical term for a set that can be ignored in some contexts, contradicts its title."
(More Info)

Diego Garcia
"Start With The End"
'Paradise'
Concord, 2013
Note: Last heard on Episode079, the multi-talented Garcia returns with more from 'Paradise'. "Formally the lead singer of the NYC-based, post-punk band Elefant, Garcia recently released his sophomore album... Oft-compared to a young Julio Iglesias and Leonard Cohen, Detroit-born, New York City-based Garcia has successfully created a following for himself since 2011, crafting music that’s imbued with the essence of Latin and South American love songs from the last century."
(More Info)

Roman Remains
"This Stone Is Starting to Bleed"
'Energy You' EP
H.O.T., 2013
Note: "Liela Moss and Toby Butler have played together in the British rock outfit the Duke Spirit for the past decade, and the two recently branched out with a side project, Roman Remains. The duo's debut EP, Energy You, was just released on H.O.T. Records, and you can pick it up now over at iTunes; a full-length is also on the way for 2014 release. Now you can take an exclusive first look at the video for "This Stone Is Starting to Bleed," a glitchy, blistering synth-punk cut that soundtracks a shaman's peculiar ritual as the members of Roman Remains watch from the shadows."
(More Info)

Capsula
"Seven Crimes"
'Solar Secrets'
Krian, 2013
Note: This is the Argentina band's tenth (?!) record. "Built upon the foundation of glam, garage, psychedelic and classic rock that made the aptly named 'Rising Mountains' (2009) an epic force to be reckoned with and impossible to ignore, this year’s release of 'Solar Secrets' finds Capsula at the top of their game while also realizing a lifetime dream: to record with Tony Visconti."
(More Info)

Blood Orange
"You're Not Good Enough"
'Cupid Deluxe'
Domino, 2013
Note: "Dev Hynes knows how to make pain beautiful. Cupid Deluxe, his second record as Blood Orange, could break your heart... But it's Hynes' production that shines and makes Cupid Deluxe so entrancing. He can throw back to disco and old R&B without making something that feels contrived. Instead, it feels heartbroken, contemplative and damn sexy. It feels human, and that's not something pop can always achieve."
(More Info)

Vance Joy
"Riptide"
'God Loves You When You're Dancing' EP
Atlantic, 2013
Note: "James Keogh (better known as Vance Joy) is an Australian singer-songwriter born in Melbourne. His debut EP God Loves You When You're Dancing was released in March 2013. The single "Riptide" became a success on Australian commercial radio... The song also features in a GoPro TV advertising campaign in the US... Vance Joy has signed with Atlantic Records a five-album deal."
(More Info)

Courtney Barnett
"History Eraser"
'How To Carve A Carrot Into A Rose' EP
Milk!, 2013
Note: "With a refreshingly earnest appreciation for literalism and an amiable deadpan delivery, the 24 year-old Melbourne singer-songwriter creates narratives that could be read word-for-word as a story without music and still be just as charming... Laced with clever, but never obnoxious, wordplay that reflects her dry sense of humor, “History Eraser” serves as an upbeat jangle that follows one night’s drunken musings with somewhat more focus than its subject lets on."
(More Info)

Tennis
"Mean Streets"
'Small Sound' EP
Communion, 2013
Note: Another band making it to PUTV for two weeks in a row is the Denver duo known as Tennis. "Tennis' Alaina Moore and Patrick Riley are a Pinterest-ready married couple. Perfect prep narrative (I mean, c’mon, even Vampire Weekend don’t sail), pretty pop songs, that sort of thing. But perfect and pretty get boring after a minute, and the two have come to realize that. With their third release, the five-song Small Sound EP, Tennis complicate the easy breezy beautiful schtick with some positive results."
(More Info)

Cloud Control
"Dojo Rising"
'Dream Cave'
Votiv, 2013
Note: This is sophomore full-length from the Aussie quartet"On their latest album, Dream Cave (released in the U.S. by Seattle’s own Votiv label), Cloud Control digs a bit deeper and explores newer ground for them, venturing into sometimes darker and sometimes harder territory, but as with today’s featured song, “Dojo Rising”, they never lose sight of the joy that listeners were first drawn to and that new listeners will be thrilled by now."
(More Info)

Red Mountain
"Put Me Through"
'Scowl Lightly'
Chaperone, 2013
Note: And let's not forget MPLS! "One of the newest additions to the quickly growing label Chaperone Records, Red Mountain’s genre is tough to put a finger on, but that is part of what makes their unique sound so great. It’s folk, it’s pop, it’s rock, it’s really whatever your ears interpret. “Put Me Through” is the debut single for Red Mountain and whatever you want to label it, it’s damn good. It roped me in from the opening organ and vocals, but when that bass and percussion drop, I’m completely sold."
(More Info)

Juaneco y Su Combo
"La Cumbia del Pacurro"
'Peru Maravilloso: Vintage Latin, Tropical & Cumbia'
Tiger's Milk, 2013
Note: Another great compilation gives us a peak into the past. "Stemming from a passion to discover and celebrate the diversity and quality of music produced in Peru past and present, we’re about to release our first ever album, a compilation focussing on ‘60s and ‘70s Latin and Tropical music from Peru." You can learn more about this 1979 track on Soundcloud.
(More Info)

Blouse
"Imperium"
'Imperium'
Captured Tracks, 2013
Note: "For their second full-length release, the members of Blouse made a big decision: do away with the instruments prominently featured on their first record, instruments that “plug into the wall”, and bring into the fold real guitars, cellos and standard kits. Gone now are the drum machines and synths, an idea enforced by band member and producer Jacob Portrait. The Portland trio also recorded their album in a studio nearby a construction site, the energy of which, they say, most likely aided their album’s sound, bringing in a heightened sense of urgency and strength to the new LP."
(More Info)

****************************************
@PumpUpThaVolume Music News:
“@brocwest: Pixies Fire Bassist Kim Shattuck |http://ur1.ca/g4gjd | @PumpUpThaVolume @mediamonarchy” Damn, that was quick! Any more Kim's?
Breeders to cap their reunion tour with 'Pod' and 'Last Splash' full-album shows
Music Review: Television Plays Rough Trade’s Brooklyn Outpost
Just hold on, was it going home? MT @KGWNews: semi crashed on I-5 SB hauling gear for @Drake show http://bit.ly/1c9P3yV #kgwnow
Billy Joel will keep playing Madison Square Garden every month for the rest of his life
Lauryn Hill gives thanks at her intimate Bowery Ballroom homecoming
@kanyewest's "New Slaves" named Best Song of 2013 by @ComplexMag!
Arctic Monkeys 'AM' named NME Album Of The Year 2013
I can't believe @ArcticMonkeys @vampireweekend @lordemusic @tameimpala are all playing #Portland tonight...
A Stone Roses documentary sticks to the sunny side
The legend that is Giorgio Moroder has remixed @HAIMtheband's 'Forever'. And it's bloody excellent.
#Goodwill score: Out-of-print VHS of DCs late great #TheMakeUp on #Dischord!
Exclusive – Watch a behind the scenes film of Muse's live extravaganza at Rome's Olympic Stadium
Taylor Swift jumps gun on #Grammy nominees
A Grammy nomination for Song of the Year wasn't the only accolade Lorde (@lordemusic) received yesterday
#Grammys Can Dance: EDM Acts Get Lucky on Nomination Night
The least essential albums of 2013
“@WonderBallroom: You should plan on seeing @thedplan next Sunday 12/8 at Wonder! http://ticketf.ly/17RBWWG” You are invited, @cassiecohn!