@PumpUpThaVolume: Episode089 – We Are Explorers 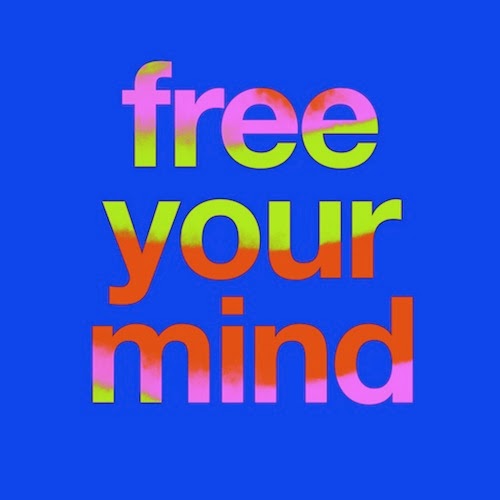 "♫Makin' a soundtrack for another planet to hear♫ on Episode089 - We Are Explorers which features brand new sounds from Painted Palms, Anna Calvi, Tim Easton, Cut Copy, Destroyer, Drangar, So So Glos, Pretty Lights, Arborea, Moth and The Flame, Lord Echo, Bubblegum Lemonade, Counterfactuals, Kwes and Math and Physics Club...

Previous: Episode088 - Put Me Through

Painted Palms
"Spinning Signs"
'Forever'
Polyvinyl, 2013
Note: "Painted Palms is the electronic psych-pop project of cousins Reese Donohue and Christopher Prudhomme, both of whom grew up in Louisiana but now reside in San Francisco. Despite living in the same city, their forthcoming Polyvinyl debut album, Forever, is made up of songs they composed separately and traded over email. Judging from lead single “Spinning Signs,” the lack of physical collaboration has not impeded upon the duo’s familial psychic connection."
(More Info)

Anna Calvi
"Eliza"
'One Breath'
Domino, 2013
Note: The British singer/songwriter's second record was made Calvi's new producer, the multi-talented John Congleton of The Paper Chase... (Hey, I remember one of their pummeling albums from college!) "With a voice as fabulously stentorian as hers, it would be so easy for Calvi's gothic pop bombast to balloon into melodrama. But she's too smart and stylish for that, and there's nothing hammy about this, her exquisitely sweet and savage second record."
(More Info)

Tim Easton
"Troubled Times"
'Not Cool'
Thirty Tigers, 2013
Note: "Nashville-based songwriter Tim Easton has been crafting songs that document his journey through American roots music genres for nearly two decades... Vintage without being nostalgic, “Troubled Times” doesn’t make any qualms about its roots as Easton lays it down with the gusto of the man who once led the Tennessee Two."
(More Info)

Cut Copy
"We Are Explorers"
'Free Your Mind'
Loma Vista/Modular, 2013
Note: The band down under don't stop bringin' the synthed out love! "Cut Copy are now almost a decade deep into a career of nothing but dizzy starry-eyed dance-rock anthems, and their sound has evolved in tiny fits and starts since they debuted with 2004′s Bright Like Neon Love... That’s not to say that every Cut Copy album sounds the same... This album finds the band entering their spaced-out spiritual psychedelic age, taking notes from the era where British rock bands started taking pills and going to raves."
(More Info)

Destroyer
"El Rito"
'Five Spanish Songs' EP
Merge, 2013
Note: "Dan Bejar’s Destroyer, who haven’t released anything new since their excellent 2011 album Kaputt, have already been a lyrics-first sort of project. But on their new EP Five Spanish Songs, Bejar is abandoning both his native tongue and the role of songwriter. Bejar writes that he’s become disillusioned with the entire English language, which seems like a very Bejar problem to have. So on this new EP, he’s turned to Spanish and recorded five songs that were written by Antonio Luque, frontman of the Spanish band Sr. Chinarro."
(More Info)

Drangar
"Bál"
'Drangar'
self-released, 2013
Note: Featuring members of Samúel Jón Samúelsson Big Band... "In Icelandic, “drangar” are “pillars of rock”. Among their fellow musicians, that describes the members of this Icelandic trio perfectly, but while each is a star in his own right, together they form an integrated whole... The song title means “bonfire”, but you’ll get the hint as soon as you spark this one up!"
(More Info)

So So Glos
"Lost Weekend"
'Blowout'
Shea Stadium, 2013
Note: Last heard on Episode066 when their latest record came out, the band returns as their stock continues to rise! "Brooklyn’s own So So Glos give a glimpse into the city they call home — both gritty and glittery — in their new video for “Lost Weekend,” off of this spring’s Blowout. The proprietors of a series of NYC DIY venues over the years, the So So Glos are a quintessentially New York punk band. Case in point? Their latest Bushwick music joint is called Shea Stadium, after the Queens sports venue where the Mets used to play. That same fierce NYC pride is on full display in the video for “Lost Weekend” — from the prologue, which features former mayor Ed Koch, to the Beastie Boys sweatshirt sported by guitarist Ryan Levine."
(More Info)

Pretty Lights
"Color Of My Soul"
'A Color Map of the Sun'
8 Minutes and 20 Seconds, 2013
Note: We heard "Press Pause" on Episode071, now the Colorado-based Derek Vincent Smith returns with more from his now-Best-Dance/Electronica-Grammy-nominated album! "It's been nearly three years since Pretty Lights – Denver hip-hop producer and EDM-festival star Derek Vincent Smith – issued a new record, instead concentrating on his ultra-opulent­ live show. But his newest makes up for lost time: two hours of surprisingly consistent stoner jams with congruent but very different halves. Disc One plays like bubblegum DJ Shadow: penetrating psych funk with the occasional corny touch (Talib Kweli sleepwalks through "Around the Block"). Smith constructed these from vinyl pressings of live-band grooves he'd composed, and Disc Two is the grooves themselves – which have even more weight and resonance when left alone."
(More Info)

Arborea
"Daughters Of Man"
'Fortress of the Sun'
ESP-Disk, 2013
Note: "Formed in Maine in summer 2005, the husband and wife duo of Buck and Shanti Curran make alluringly hypnotic acoustic music as Arborea... Haunting and solemn, “Daughters of Man” is a brooding lament that recalls Emilíana Torrini’s “Gollum’s Song” in its heaviness and Rachel Zeffira’s The Deserters in its ethereality."
(More Info)

Moth and The Flame
"Sorry"
'&' EP
Hidden, 2013
Note: We last heard the Provo, Utah band one year ago here on PUTV and in the meantime they dropped a new EP and toured with 2013's biggest-selling rock act, Imagine Dragons... Another example of how at PUTV, you hear it... first! "“The thing is: A year ago, none of us would say that we would be living in L.A., recording with Joey Waronker and Peter Katis, and touring with Imagine Dragons,” says Moth & the Flame guitarist/vocalist Brandon Robbins..."
(More Info)

Bubblegum Lemonade
"This Is The New Normal"
'Some Like It Pop'
Matinée, 2013
Note: "Three years ago, as a launch tool for his indie-pop stylings, Lawrence “Laz” McCluskey created the one-man outfit Bubblegum Lemonade. His appreciation for classic music is refreshing, after all, he named the band after Mama Cass’ 1969 solo album, Bubblegum, Lemonade, and Something for Mama... “This Is The New Normal” definitely doesn’t start out as your typical pop number. For example, a fiddle isn’t usually in your average pop musicians instrumental repertoire. It’s hard to fathom that one man is responsible for such a lush, layered, and sophisticated sound."
(More Info)

Counterfactuals
"If You Go Then You Go It Alone"
'Minimally Decent People'
self-released, 2013
Note: "Indie professor rock. Not a genre that you hear every day, but that is perhaps how best to quickly categorize this eclectic group of gentlemen. The Counterfactuals is a band, one comprised of four university profs. From the department of philosophy at Carleton College, we have assistant professors Daniel Groll and Jason Decker and from the music department, assistant professor Andy Flory. Mike Fuerstein rounds out the group, an assistant professor of philosophy from St. Olaf College. ... Though it leans heavily on a lot of current folk/indie rock elements, “If you go then you go it alone” is one of the more powerful and worthy tracks from the album. At just under three minutes, it is filled with a dense energy, and really reminds me of these guys in the way that it pounds away at the theme."
(More Info)

Kwes
"b_shf_l" (Live on KCRW)
'ilp'
Warp, 2013
Note: Last heard on PUTV's Episode085, "Kwesi Sey (Kwes.) is a London-based musician who just released his first full-length album titled “ilp.” I fell in love with B_shf_l the moment it entered my soundstream. I initially thought this must be what Hot Chip and Jamie xx would sound like if their work was stacked. And that makes sense–turns out Kwes. got his start producing demos for The xx and mixing tracks for Hot Chip at their request."
(More Info)

Math and Physics Club
"Long Drag"
'Our Hearts Beat Out Loud'
Matinée, 2013
Note: "The speed and trajectory of the band, Math and Physics Club, which signed with Matinée Recordings in 2004 shortly after recording a four-song demo, resembles a lightening bolt: quick surges followed by long hiatuses... The first single off the new record, “Long Drag”, which was put put on 7” vinyl, is a catchy, garage-pop tune showcasing the band’s fun flavor. The band uses prominent hand claps, jangly rhythm guitars and the soft and friendly voice..."
(More Info)