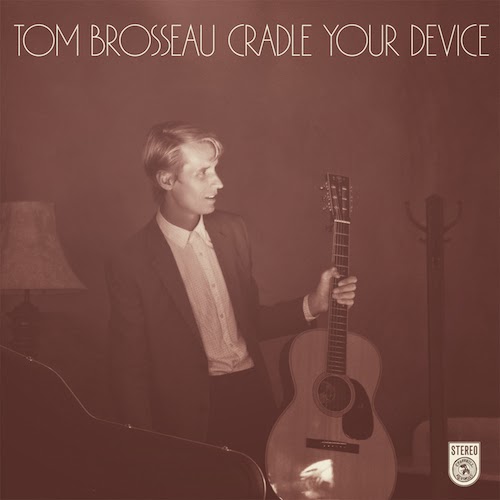 Previous: Episode096 - Take Me To Church

Mogwai
"Remurdered"
'Rave Tapes'
Sub Pop, 2014
Note: Let's get it started with THE LOUDEST band I ever saw in concert! (Well, them and ATR.) Paste Magazine says, "Since their inception, Mogwai have managed to exist as both a gold standard for instrumental aficionados as well as a testimony to the importance of the spaces between sounds as something of a high art. And whatever either of those descriptive generalities might mean is most assuredly in the ears of the listener. So for a group whose eighth studio album evolves their own post-rock, no-vox muses, as Mogwai does on their chilled-out collection Rave Tapes, the tandem experience between listener and creator is ever-present, and far from ignorable."
(More Info)

Thumpers
"Unkinder (A Tougher Love)"
'Galore'
Sub Pop, 2014
Note: Song source KEXP notes, "London’s Thumpers’ ebullient bedroom pop has evolved from a bedroom project to an openly collaborative, relatively large-scale group while retaining its ecstatic, poptimistic approach to indie pop music... It takes a lot - a lot - of nerve to give your album the same title as one of alternative rock’s greatest singles compilations, but after a few spins of “Unkinder (A Tougher Love)”, it’s easy to see that Thumpers are aiming for Cure-style (read: equal parts emotion and anthem) pop greatness and aptly hitting their target."
(More Info)

Warpaint
"Teese"
'Warpaint'
Rough Trade, 2014
Note: Clash Music says, "It’s been some time since Warpaint cast a spell on us with their glisteningly dark and lulling debut album ‘The Fool’ (review), a late-2010 set which conjured up a time when gothic smacked less of Camden Market and more of The Cure. The LA foursome’s second LP, ‘Warpaint’, is as devastatingly brooding as ever... Warpaint have always managed to make music to totally submerge yourself in, like an oil painting mixed with blood, and this album is no exception."
(More Info)

Elizabeth & The Catapult
"Like It Never Happened"
'Like It Never Happened'
Scratchback, 2014
Note: Song source KUTX says, "The Elizabeth behind Elizabeth & The Catapult is a classically trained pianist with a penchant for jazz and pop music named Elizabeth Ziman. In 2002 she was studying classical composition at Boston’s Berklee College of Music when singer Patti Austin came through the school looking for back-up singers. Ziman toured with Austin for a year-and-a-half. After the tour was over, Ziman got together with drummer Danny Molad and guitarist Peter Lalish (both now in the band Lucius). The trio released Elizabeth & The Catapult’s self-titled debut in 2006. The group decamped from New York to Omaha to record their next album, 2009′s Taller Children, with producer Mike Mogis. Lalish exited the band before recording commenced on the group’s third full-length, 2010′s The Other Side of Zero. A little over three years later, on January 21, Elizabeth & The Catapult’s latest record Like It Never Happened hit the streets. In the interim, Molad also left the group (although he did help produce), but Ziman stayed pretty busy. She picked up the guitar, played drums on tour with Kishi Bashi, and helped score a few films. The new record’s title track has something mystical about it."
(More Info)

Dog Bite
"Lady Queen"
'Tranquilizers'
Carpark, 2014
Note: He dropped out of SCAD, started making records, played keyboards on tour for Washed Out and now has released his sophomore album - oh, and we heard "Forever Until" from his debut back on Episode049! CMJ writes, "Dog Bite is a tough name. It sounds like the name of the bully in every coming-of-age movie; that guy with one crooked tooth and a buzz cut. Tranquilizers, on the other hand, is not a tough album. It’s an album of supple pop nuggets that go down like goddamn butter. But that doesn’t mean it’s got no bite. Instead, it’s a suppressed bite. Tranquilizers is muzzled.... "Lady Queen" moves in a new direction, with a looping, tinny beat flicking against [frontman Phil] Jones’s magnetic croon."
(More Info)

Mayer Hawthorne
"Allie Jones" (Live on KCRW)
'Where Does This Door Go'
Republic, 2013
Note: We heard "Her Favorite Song" from Mr. Hawthorne back on Episode073 and now he's back with more from his fourth solo disc. Pitchfork says, "As he keeps moving forward and adds on new dimensions to his repertoire, Hawthorne's new album, Where Does This Door Go, gives him a lot of self-imposed leeway. Here he cedes his usual production duties to an all-star cast. There's Cee-Lo collaborator and Plantlife funkateer Jack Splash, Oak of pop-rap/R&B production superteam Pop & Oak, producer-to-the-stars Greg Wells and-- most prominent of all-- Pharrell Williams, who shares Hawthorne's eccentric depth and enthusiasm for modernized, chronology-twisting sounds. That Hawthorne's wrangled this crew into a consistently engaged sound is to his credit, where his impact is tangible enough that the committee effect takes a backseat."
(More Info)

Bombay Bicycle Club
"Carry Me"
'So Long, See You Tomorrow'
Island, 2014
Note: The UK four-piece's fourth record is out now. "Seeger died last week and one can only wonder how he would have received the remarkable new release by his great-nephew’s band... Electronic basslines throb and breakbeats clatter, particularly on the club-friendly Carry Me... Bombay Bicycle Club may eventually settle for the acoustic life, but for now, let’s revel in their experimental period."
(More Info)

Sons of Fathers
"Until The Morn"
'Burning Days'
Blanco River, 2014
Note: "Austin’s Sons of Fathers spent much of last year on the road, supporting their sophomore turn Burning Days. And all the miles seem to have paid off: high-profile nods from Rolling Stone and NPR, plus a diverse fan base drawn to the group’s blend of country, rock, roots, and soul... Sons of Fathers also recently stepped into the studio and recorded selections for their upcoming follow-up, which should see release this year. Today they let loose one of these songs, exclusively for KUTX. “Until The Morn” finds co-singers Paul Cauthen and David Beck spinning a memorable ballad out of a few simple elements: guitar, upright bass, and close harmonies."
(More Info)

Autumn Defense
"This Thing That I've Found"
'Fifth'
Yep Roc, 2014
Note: "As the sidemen in Wilco, John Stirratt and Pat Sansone are somewhat invisible behind frontman Jeff Tweedy... saving their own creative kicks for The Autumn Defense... Their latest record, Fifth, rarely gets above a murmur... After the catchy jangle pop of “This Thing That I’ve Found”, the duo fall into a series of slow-paced burners that account for the majority of the album..."
(More Info)

Tom Brosseau
"Cradle Your Device"
'Grass Punks'
Crossbill, 2014
Note: ""You hardly even acknowledge my existence when you cradle your device." A man, pleading to a woman, in bed. A randy metaphor, maybe, for self-pleasuring, and a funny way to skewer smartphone addiction. This sort of song concept quickly grows ham-handed or jokey, but the folk singer/songwriter Tom Brosseau's dry, thin tenor floats the little joke right past us."
(More Info)

Temples
"Shelter Song"
'Sun Structures'
Fat Possum, 2014
Note: "Psychedelic rock has seen a bit of resurgence in recent years, particularly from scenes in Austin and Western Australia, so it must be refreshing to fans of the genre to have a brilliant English group like Temples to join in on the revival... Hoping to outdo their banner 2013 (or at least equal it) this year, the band’s debut album, Sun Structures, finally arrives next month. “Shelter Song” may have been one of the band’s earliest tunes, but it remains one of their best."
(More Info)

Tinnarose
"Hard Loving You" (Live on KUTX)
self-released, 2014
Note: "Usually you start with a band and go solo, not so in local singer-songwriter Seth Sherman’s case... Sherman got himself a band together with singer and guitarist Morris Ramos, singer and autoharpist Devon McDermott, bassist Drew Schlegel and drummer Mark Henne. They call themselves Tinnarose. Earlier this month the band released their first single When You’re Gone b/w A Heart Needs A Home. They also stopped by KUTX’s Studio 1A to perform some tunes. They closed the session with the sweet “Hard Loving You.” It’s almost many songs in one. A endearingly off-kilter country shuffle yields to a bit of a jazzy breakdown and then into pop goodness."
(More Info)

Nicole Atkins
"Girl You Look Amazing"
'Slow Phaser'
Oh'Mercy!, 2014
Note: Buzzworthy says this song "should come with a full-length mirror... It’s a disco cowgirl’s liberty-walk-meets-walk-of-shame anthem that hints at the black dog buried deep inside... It’s a husky, dusky, bass-happy, honky-pop earworm by Jersey girl-turned-Brooklyn indie queen Nicole Atkins, from her brand-new Slow Phaser album (file under “must listen… now”) reminiscent of Carole King, Jenny Toomey, the late, great Kirsty MacColl, and, of course, The Pretenders. (Fans of Marina and the Diamonds and Anna Calvi listen up, too.)"
(More Info)

Mammút
"Salt"
'Komdu til mín svarta systir'
Record, 2013
Note: Song source KEXP says they "first caught the Icelandic band Mammút in their practice space during our first ever trip to Iceland Airwaves in 2009... Listening to Komdu til mín svarta systir is like mainlining pure emotion. I can say without hyperbole that it’s as impassioned as Portishead’s Dummy or Sinéad O’Connor’s The Lion and the Cobra ever was... “Come to me my dark sister”, the title roughly translates, and each song has a unique embrace... “Salt”, best captures the album’s range, from its lulling opening and gradual build to its epic release. Though its title is in English, like all of the songs on Svarta systir, it’s sung completely in Icelandic."
(More Info)

Natural Child
"Saturday Night Blues"
'Dancin' With Wolves'
Burger, 2014
Note: "Natural Child recently nodded to the past with a cover of the Velvet Underground's "White Light/White Heat," but now the Nashville scamps are looking ahead to their own future. On February 25, Burger Records will drop Natural Child's newest album, Dancin' With Wolves, which comes complete with lead single "Saturday Night Blues," a piano-juiced sing-along destined for dive bar jukeboxes."
(More Info)

Little Man
"Flip You Over"
'Original Face'
self-released, 2014
Note: Not much makes me as anxious as seeing Kickstarter projects NOT make their goal... As of this writing, they only need a few hundred more dollars! "Though Chris Perricelli originally hails from Massachusetts, it wasn't until he moved to Chicago that he formed his current band Little Man. After the band moved to the Twin Cities next and built a reputation by constantly touring and gigging around town, City Pages named them the Best Rock Band of 2007."
(More Info)

James Vincent McMorrow
"All Points"
'Post Tropical'
Vagrant, 2014
Note: Making it two weeks in a row, it's the (Irish)man who kicked off last week's episode with a little bit of "Gold". "Irish singer James Vincent McMorrow's sophomore effort Post Tropical is...a winter album in ways that go beyond its release date, with lyrics about “elements of frost” and “cold air” and taut, pensive songs that carry a pristine stillness... Inspired by the rediscovery of an old hard drive full of efforts at recreating N.E.R.D. songs, the resulting departure on Post Tropical is an attempt to channel the spirit of the electronic music, R&B and hip-hop that McMorrow likes to listen to."
(More Info)

Genuine Leather
"The Enemy"
self-released, 2014
Note: Song source KUTX says the Austin band's "caffeinated power pop hit me right in my musical sweet spot, and I became a fan on the spot. You should too. The band, fronted by The Gorgeous Hands‘ Chris Galis, has already released a slew of singles–including personal fave “The Viper (Found a Good Place for my Love)“–ahead of a planned (but at press time, unnamed) full-length. The latest is a percolating, head-bobbing ballad called “The Enemy.”"
(More Info)