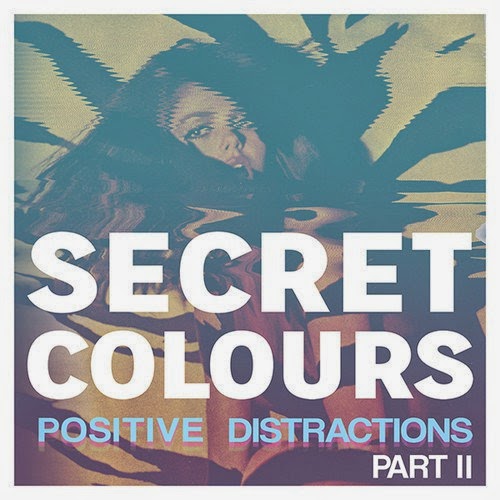 Mark McGuire
"Wonderland of Living Things"
'Along The Way'
Dead Oceans, 2014
Note: It's always nice to start with an instrumental. "Perhaps the most immediately apparent quality of Mark McGuire’s first proper full-length since leaving Emeralds early last year is its disarming sincerity... Along the Way is McGuire’s personal vision of a particular path of spiritual growth, and through it, McGuire opens the door to a great deal of his own process."
(More Info)

Afghan Whigs
"Algiers"
'Do To The Beast'
Sub Pop, 2014
Note: Another sweet "welcome back" to some prodigal musical sons! "Bob Odenkirk...announced to the world that the Afghan Whigs were releasing their first new album in 16 years. Hailing from Cincinnati, Ohio, the Afghan Whigs proved one of the most individual bands to rise out of the post-Nirvana musical landscape. The group's masterpieces — 1993's Gentlemen and [96's] Black Love — forged brutally personal song cycles out of kinetic hard rock, soul swagger and outsider abandon in a way that didn't resemble the grunge ubiquity of their brethren. The Whigs dissipated following what seemed to be its final release, 1965, in 1998, with frontman/leader Greg Dulli concentrating on his solo-driven collectives the Twilight Singers and Gutter Twins. The Whigs returned for a 2012 reunion tour, however, that was as successful as it was unexpected. After that jaunt, though, new music didn't seem likely from the combo — that is, until, of all things, a surprise joint show with R&B hitmaker Usher at 2013's South by Southwest conference lit a new creative fire beneath them. The resulting new Afghan Whigs album, Do to the Beast (due out April 15th on Sub Pop), proves a piece with the band's classic material — yet with fresh, unpredictable shadings that indicate its contemporary genesis."
(More Info)

Secret Colours
"Heavy & Steady"
'Positive Distractions Part II' EP
Crash Avenue, 2014
Note: "Psychedelic rockers Secret Colours created a stir with a pair of albums in 2010 and 2013, and then all but fell apart when four of the six members left the Chicago group. Singer and guitarist Tommy Evans and drummer Justin Frederick built a new version of the band to record a pair of EPs out early this year... Shards of guitar and catchy, reverb-soaked vocals spiral through the hazy song, which is anchored by a taut, loping bassline."
(More Info)

NO
"Leave The Door Wide Open"
'El Prado'
Arts & Crafts, 2014
Note: Making the return to PUTV after 71 episodes, it's the LA sextet simply called NO! "It seems a long time since NO’s excellent Don’t Worry You’ll Be Here Forever EP, released late in 2011, and a follow-up single What’s Your Name, but as El Prado clearly demonstrates it’s been time well-spent perfecting their debut album... The shimmering guitars, drums deep in the mix and Bradley Hanan Carter’s vocals take centre stage right from the start of opener Leave The Door Wide Open and don’t leave you to the last bars of closing track Go Outside." 'El Prado'? I have family there...
(More Info)

Dum Dum Girls
"Lost Boys and Girls Club"
'Too True'
Sub Pop, 2014
Note: With another track from their newest long-player, the darkly sexy sounds of Dee Dee and her Dum Dum Girls return to PUTV! "Although her style is firmly rooted in classic pop and garage rock, Dum Dum Girls’ Dee Dee Penny has revealed herself to be one of the more adaptive songwriters of the past few years, changing her aesthetic and atmosphere with every album only to produce consistently compelling results... “Lost Boys and Girls Club” was the album’s introductory single, and with its gorgeously shimmering melancholy, it could also very well serve as the album’s mission statement." And I'm looking forward to seeing them again here in Portland soon!
(More Info)

Max Frost
"White Lies"
'Low High Low' EP
Atlantic, 2014
Note: "Texan singer-songwriter Max Frost may have only been signed to Atlantic Records since June 2013, but his lengthy experience as a session musician has enabled him to conjure his own brand of soul that combines electronic elements with old-fashioned grooves. The catchy, jaunty single White Lies is a comical commentary on deception. There is an urgency driven by strumming acoustic guitars and Frost’s overdriven vocals, which at certain points sound like screaming. This is an exciting opener to the EP." A little "Hey Ya" vibe to get us ready for that Outkast reunion?
(More Info)

Trust
"Capitol"
'Joyland'
Arts & Crafts, 2014
Note: "Here’s the second great single to be unveiled from Trust‘s forthcoming LP Joyland, a beautiful record that his esteemed label calls “an eruption of guts, eels, and joy“. I feel like this is the moment they’re referring to, specifically: on “Capitol“, Robert Alfons’ dark, ominously sulking synthpop explodes into a soaring chorus-of-the-year contender that’s cathartic and life-affirming and very hard not to spontaneously dance to every time."
(More Info)

Dean Wareham
"The Dancer Disappears"
'Dean Wareham'
Double Feature, 2014
Note: And even more legends on PUTV! "Galaxie 500 frontman Dean Wareham is set to release his new self-titled solo album on March 11 via Double Feature Records. Rather than keep you waiting that long, however, he's shared a new video for the record's "The Dancer Disappears." The three-and-a-half-minute song is a wistful indie pop anthem complete with spaced-out synths, gently plucked guitars and Wareham's timeless vocal delivery. The video, on the other hand, uses vintage film footage of well-dressed socialites checking out cars outside of an observatory. " I actually saw Dean's wife Britta's second show with Luna back at the Black Cat in DC and you can spot that power couple playing a cool couple in the film, 'Frances Ha'.
(More Info)

Ásgeir
"Going Home"
'In The Silence'
One Little Indian, 2013
Note: Making his third appearance, the Icelandic singer-songwriter Ásgeir returns with another track from his debut. "Ásgeir will be looking to join their ranks in 2014 - he’s already become a firm favourite in Iceland, with his album Dýrð Í Dauðaþögn becoming the fastest-selling domestic debut by an Icelandic artist ever and subsequently going triple platinum... It certainly feels like the reworking of the lyrics has benefited from the stewardship of none other than John Grant...In the Silence is the English-language version of that record, and with the backing of One Little Indian, Ásgeir will no doubt be hoping to exponentially increase his audience... and the stark, minimal ‘Going Home’ calls to mind James Blake."
(More Info)

Gardens and Villa
"Colony Glen"
'Dunes'
Secretly Canadian, 2014
Note: "When Gardens & Villa released the first single from the Tim Goldsworthy-produced Dunes, “Bullet Train,” we liked it so much we made it the #1 song of the week. This next single, “Colony Glen,” picks up where that one left off, cruising through plasticine new wave pastures with falsetto lingering in its wake. If that “Sweet Dreams” synth foundation doesn’t transport you back to 1983, it will at least transport you out of your seat to dance around the room." They also made the cover of our local awesome Eleven PDX Magazine.
(More Info)

Lyla Foy
"Feather Tongue"
'Mirrors the Sky'
Sub Pop, 2014
Note: "London-based singer/songwriter Lyla Foy first emerged in late 2012... Many of Foy's contemporaries can be heard in her songs, such as the moody Bat for Lashes rhythms and Kate Bush reappropriations of "Easy" and the numb loneliness in her voice that she shares with Lana Del Rey... She finds her voice more surefootedly and satisfyingly on the slinky electro groove of "Feather Tongue" and Fleetwood Mac-recalling whispery pop of "Impossible" than on her more traditionally minded tunes. This strong debut points to even stronger, more focused work from Foy down the line."
(More Info)

Howler
"Indictment"
'World of Joy'
Rough Trade, 2014
Note: "Their 2012 debut America Give Up was a mayhem Molotov of degenerate delinquency, spraypainted brassy and bold with the slumdog sounds of the Ramones and Iggy Pop. Albeit via Hanna Barbera... “Indictment” is adorably charming in a characteristically scrappy, shambolic way." And you just gotta get a gander at the Minneapolis band's classic-looking album cover.
(More Info)

Wye Oak
"The Tower"
'Shriek'
Merge, 2014
Note: Last week we heard a live at SXSW version of the title track from the Baltimore duo Wye Oak, this week we get the towering single. "The band has just announced plans to release the new album Shriek this spring, and first single “The Tower” marks a real departure, splitting the warm glories of the band’s old sound with the bright, precise synthpop of frontwoman Jenn Wasner’s side project Dungeonesse, who released their very good self-titled debut last year. Wye Oak recorded Shriek at Brooklyn’s Rare Book Room, and Wasner has told SPIN that “there’s not a lick of guitar on this whole record,” saying that she’s playing bass over bandmate Andy Stack’s keyboards instead."
(More Info)

Goodbye Heart
"Just Kids"
'Restless Nights'
self-released, 2014
Note: "Sam Ford and Nila K. Leigh, both transplanted from NYC... Not yet two years old, their project is new to the Seattle scene, but they’ve already made a splash. Their 2014 five-song EP features the single “Just Kids”, a mixture of 808-style drums and 80′s sythns and guitars."
(More Info)