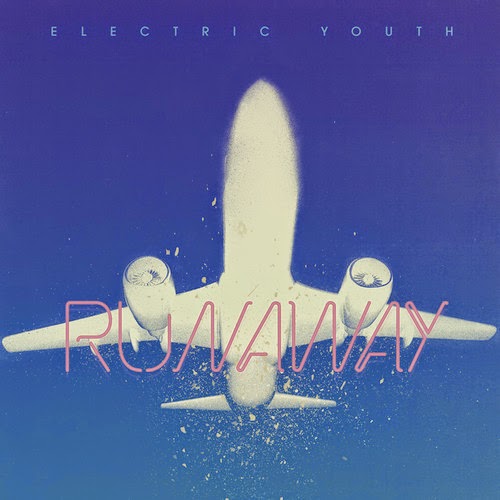 Previous: Episode132 - All The Way Down

****************************************
♬Liner Notes♬: It's the day after Halloween, it's getting darker and colder, the clocks fall back tonight and I'm a bachelor for the week... So let's "Runaway" with new music! This jam-packed episode of PUTV brings all the feelz that come with Fall. We've got folk, jazz, electro, instrumentals, indie rock and everything in between w/ some of the coolest new music from Electric Youth, Mike Doughty, Son Little, Niia, Damien Rice, Budos Band and tons more!

Mike Doughty
"Light Will Keep Your Heart Beating In The Future" (Live On KUTX)
'Stellar Motel'
Snack Bar/Megaforce/RED, 2014
Notes: "Since the release of Yes and Also Yes in 2011, Mike Doughty has been on something of a personal journey... This gives Stellar Motel an uplifting and celebratory quality that makes it clear Doughty is ready to start a new chapter in his artistic career... " I got to interview Mr. Doughty recently at my radio day job! And thanks for the 'like', Mike!
(@Mike_Doughty_)

Lia Ices
"Magick"
'Ices'
Jagjaguwar, 2014
Notes: "Lia Ices' third, eponymous album was recorded in a floating glass box of a hotel penthouse, with views of the Manhattan skyline across the Hudson... It’s the third “sound” in three albums for Ices, a Brooklyn-based singer-songwriter who deserves to be more widely heard. A graduate of both NYU’s Tisch School for Experimental Theatre and [UK's Royal Academy of Dramatic Art]... Holed up in her glass box on and off for two years with her “psychic twin brother Eliot” and their midi keyboards, guitars and computer, she has emerged with a style that carries faint echoes of La Roux and Tom Tom Club. " Lia Ices gave Episode129 its "Higher" title track a few weeks ago!
(@LiaIces)

ODESZA
"Say My Name (w/ Zyra)"
'In Return'
Foreign Family/Counter, 2014
Notes: "Sometimes an album amazes you because you've never heard anything like it. But the opposite can also happen; an album blows you away because it seems to draw from lots of music you've heard and love, and combines the influences so perfectly it manages to transcend them altogether. Such is the case with Seattle-based duo Odesza's jaw-dropping new LP, In Return, released last week by Ninja Tune imprint Counter Records. Odesza are hardly alone in terms of genre, but In Return really feels like a seminal work that no one is going to top anytime soon."
(@ODESZA)

Niia
"Body"
'Generation Blue'
Something Local, 2014
Notes: "Have you ever caught yourself thinking, well, I wish Lana Del Rey would tone down the daddy issues and canned strings and let those moments of excruciating, genuine emotion really shine through? Well, we might have found your new favorite artist. We’re psyched to premiere this gorgeous video of the New York ex-jazz singer turned minimal pop songwriter Niia and her band performing “Generation Blue,” one piece of an upcoming, as-yet-unannounced record produced by Robin Hannibal of Rhye and Quadron. The surveillance-style video perfectly compliments the track, capturing a delirious sense that you’re spying on their rehearsal."
(@NiiaRocco)

JD McPherson
"Fire Bug" (Live On KUTX)
'Signs & Signifiers'
HiStyle/Rounder, 2012
Notes: "JD McPherson hears the "retro" tag a lot, and no wonder: Signs & Signifiers, his debut album...rocks and rolls like it's 1955. Listen a little closer, though, and it's clear the album is not what McPherson calls "a time-machine record." Sure, he and producer-bassist Jimmy Sutton drew from vintage R&B and early rock & roll on songs laced with boxy drums, thumping upright bass and slap-echo guitar. But they also mined more modern influences, including, believe it or not, Wu-Tang Clan."
(@JDMcPhersonJr)

Wormburner
"Somewhere Else To Be"
'Pleasant Living in Planned Communities'
Dive, 2014
Notes: "Drawing from the sounds of the ’80s American rock underground, Wormburner takes those tones and uses them to paint vivid character sketches electrically delivered by frontman Hank Henry. The Hoboken-via-NYC, the sextet...band’s three albums – 2006′s A Hero’s Welcome, 2010′s Placed By The Gideons, and this year’s Pleasant Living In Planned Communities – are the collections of those stories, with characters ranging from veterans from multiple US wars, New York prostitutes, and con artists on the latest album alone. While “Somewhere Else To Be” is, at face-value, a lament from someone who thinks that life has, geographically and otherwise, passed him by."
(@WormburnerBand)

Son Little
"The River"
ANTI-, 2014
Notes: "Son Little clearly studies, respects and loves the music that came before him. What happens next, though, is what makes him so appealing. Aaron Livingston made his name as a collaborator with The Roots and RJD2, each of whom helped him develop a sound that touches on soul, blues, hip-hop and reggae."
(@SonLittleMusic)

Caroline Rose
"Blood on Your Bootheels"
'I Will Not Be Afraid'
Little Hi!/Thirty Tigers, 2014
Notes: "While Caroline Rose's rockabilly and country influences will hook new listeners, it's the meat of her tunes that'll turn them into fans. Rose is just 24, but this songwriter with an architecture degree has a lot of miles under her belt (partly because she still lives in her van)... Caroline tells us a little more about the track, which bears a serious message: "Blood On Your Bootheels was written from the perspective of a young black man in America and how impossible it seems for him not to get swept up in a culture of violence.""
(@CarolineRoseFM)

Nude Beach
"For You"
'77'
Don Giovanni, 2014
Notes: "Brooklyn’s Nude Beach have a new [double] record...called 77...in reference to the year in which this band appears to have centered their sound. 1977 is the year squarely between the first and second Tom Petty & the Heartbreakers albums... at the peak of the Stiff Records era, and also would have likely shared an audience with Nick Lowe’s Jesus Of Cool and Labour Of Lust (see For You and Yesterday especially). Outside of Petty, the other biggest critical point of comparison for this album will likely be the early works of Elvis Costello, whose breakout My Aim Is True was released in, you guessed it, 1977. Comparisons to that era and that era alone, however, do not do this album—the band’s third—quite enough justice."
(#NudeBeachBand)

Damien Rice
"I Don't Want To Change You"
'My Favourite Faded Fantasy'
Vector/Warner Bros., 2014
Notes: "Damien Rice was put on this earth solely to break our hearts, and after eight years without his gut-wrenching songwriting, he has finally returned. Just in time for the lonely, nostalgia-inducing months of winter that will undoubtedly have you feeling things again, Rice has announced his first new album since 2006. Out on November 10, My Favourite Faded Fantasy was produced by Rick Rubin, and based on the release of today’s video for “I Don’t Want To Change You,” it will evoke the same kind of unstoppable sadness that his last two albums contained."
(@DamienRice)

We Are The Willows
"Picture"
'Picture (Portrait) Pt. 1'
Homestead, 2014
Notes: "Minneapolis sextet We Are The Willows prepare for the release of new album Picture (Portrait) Pt. 1 via The Homestead Records on November 4. The band will soon embark on a tour of the Midwest, and it has released a beautiful new track, “Picture.” The orchestral instruments used in the song are unique, and with the airy female vocals, it all shows how the band can break out of its indie-rock mold and into something new and different."
(@WeAreTheWillows)

Allo Darlin’
"We Come From The Same Place"
'We Come From The Same Place'
Slumberland, 2014
Notes: "Over two albums, it’s been easy for many to pigeonhole [UK-slash-Italy's] Allo Darlin’. It’s twee. It’s a girl with a ukulele. It’s soft, sentimental, rehash. And sure, there is validity to the knocks against Allo Darlin’, but to dismiss their two excellent albums — and this new, worthy entry into their canon — is to fail to see the mastery of songwriting that frontwoman Elizabeth Morris has accomplished over a relatively brief time at the craft."
(@AlloDarlinUK)

Electric Youth
"Runaway"
'Innerworld'
Secretly Canadian/Last Gang, 2014
Notes: "Amid a glut of 1980s-indebted electro-pop, Toronto duo Electric Youth stand apart... [They] emerged in 2011 with 'A Real Hero', the dreamy waltz that soundtracked Ryan Gosling's twilight cruising in Drive, and this debut album is inspired by films like David Cronenberg's sci-fi horror Videodrome. The plot unfolds compellingly – escaping an unforgiving town on the silky 'Runaway'..." Extra points for whoever can tweet me where the band probably got their name from!
(@_ElectricYouth)

Budos Band
"Burnt Offering" (Instrumental)
'Burnt Offering'
Daptone, 2014
Notes: "After three albums of uniformly excellent, Afrofunk-fueled instrumentals—titled, tellingly, The Budos Band, The Budos Band II, and The Budos Band III—where were the Budos Band to go? As great as their output has been to date, the New York ensemble had more or less painted themselves into a corner. In truth, there were many directions the group could have headed toward on their fourth album, but they dauntingly chose the path of most imaginable resistance: doom metal. Rub your eyes all you want; it won’t change that sentence. The Budos Band’s new album is called Burnt Offering — and from its wizard-sporting cover on down, it draws heavily from the late-'60s/early-'70s well of dark, arcane proto-metal."
(@BudosBand)

Mark Lanegan
"Harvest Home"
'Phantom Radio'
Heavenly/PIAS, 2014
Notes: "Mark Lanegan reportedly recorded much of his new album, Phantom Radio, using an iPhone app called Funkbox, but as “Harvest Home” shows, it doesn’t really matter what recording technology you’re using when your voice sounds like it’s been aged for years in a whiskey barrel. Phantom Radio is still Mark Lanegan, and the man is in fine form on the new single “Harvest Home.” The track provides a gritty complement to the smoother grooves of previous single “Floor Of The Ocean.”" I finally saw Mark Lanegan when he opened for Nick Cave a few months ago; just him and a guitarist, he never said a word.
(@MarkLanegan)