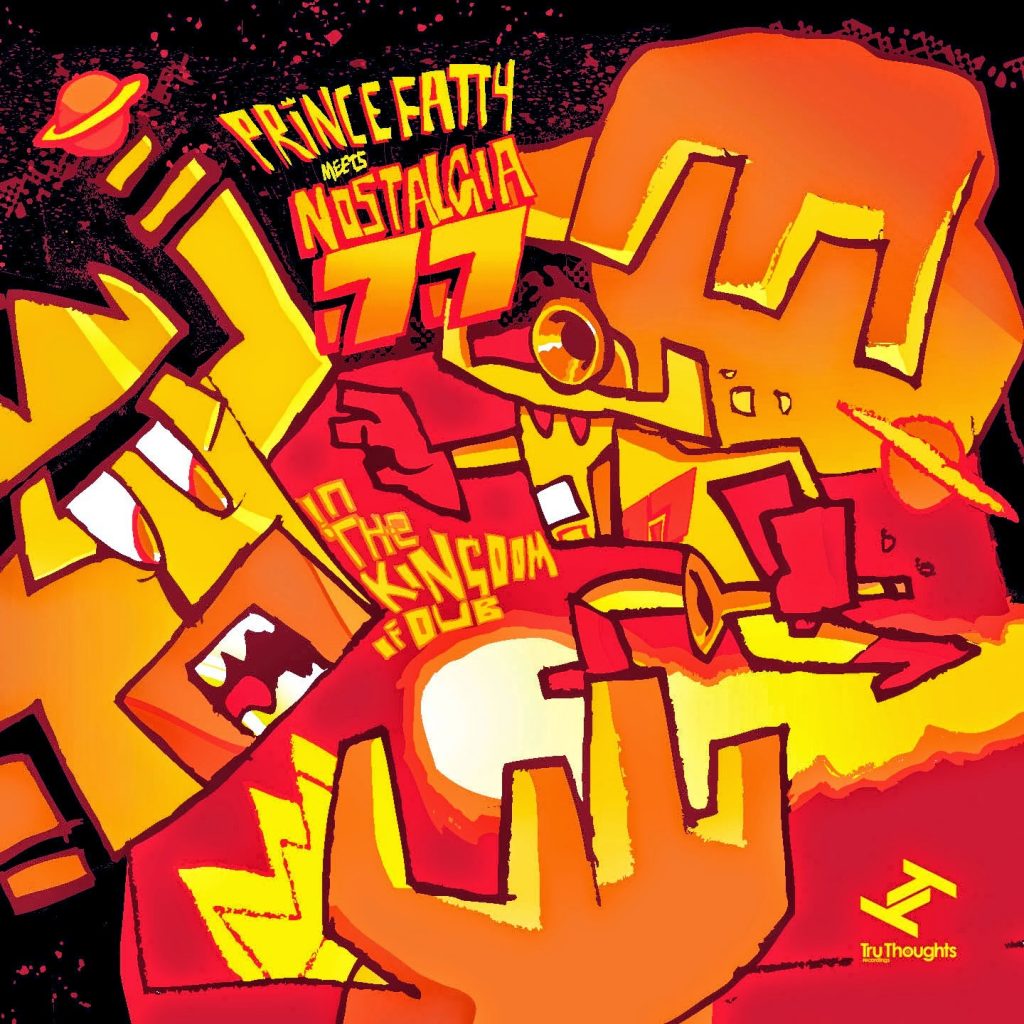 ♫Makin’ a soundtrack for another planet to hear♫ on Episode142 – Freedom which features brand new sounds from Until the Ribbon Breaks, The Dodos, Korallreven, Kate Tempest, My Brothers And I, Ryley Walker, Bee Caves, Bostich + Fussible, Lowhitey, Freez, Clark, MICHAELBRAILEY, Prince Fatty Meets Nostalgia 77 and Planes on Paper…

Until the Ribbon Breaks
“Spark”
‘A Lesson Unlearnt’
self-released, 2015
Notes: “A Lesson Unlearnt is an album of thrilling contradictions: it’s dark, yet danceable; incendiary yet smooth; disturbed yet sexy. In many ways it evokes the feel of another synth-sensitive artist, The Weeknd, but its force and energy stops it from being nothing but more of what has come before… The brains behind Until The Ribbon Breaks, [Cardiff, Wales’ musician] Peter Lawrie Winfield, has a knack for creating tunes that are polished but intoxicatingly dangerous, ensuring that songs like…Spark remain subtle and slick without ever being weightless.” They even have a track featuring the one-and-only Run The Jewels!
(@UTRB)

The Dodos
“Competition”
‘Individ’
Polyvinyl, 2015
Notes: “It’s only been a little over a year since the Dodos released their last record, but they’ve already announced a new one called Individ that’s due out [Jan20]. The [San Fran] band has also shared lead single “Competition,” which is a pretty straight-forward indie rock song that serves as a reminder of how magnetic Meric Long and Logan Kroeber can be when they’re playing together.” The Dodos gave us “Confidence” back on Episode075.
(@TheDodos)

Korallreven
“Second Comin'”
‘Second Comin”
Cascine, 2014
Notes: “The Swedish duo (whose name means “coral reef”) began releasing intermittent singles in 2009 to acclaim in electronic circles, sporadically releasing music until the 2011 arrival of their full length debut… Another three years passed before the release of their next album, the also-appropriately-titled Second Comin‘, which features collaborations with fellow Swedes China Yggstrom and I Break Horses’ Maria Linden. Named in part after The Stone Roses’ famously disastrous sophomore effort, Second Comin’s primarily spiritual themes run through both the lyrics and the aqueous, floating tones of the songs.“
(@_Korallreven_)

Kate Tempest
“Circles”
‘Everybody Down’
Big Dada, 2014
Notes: “Everybody Down tells the story of three characters battling loneliness in the big city, with each song representing a new chapter. The obvious reference point is the Streets’ second album, A Grand Don’t Come for Free, although Dan Carey’s unsteadying beats leave no room for Mike Skinner’s trademark way with a chorus. [The South East Londoner] Tempest shines, though, through her use of language, which illuminates the subject matter – from boardroom drug deals to vacuous parties where “everybody … has got a hyphenated second name” – to dazzling effect.” And Mike Skinner even did a remix of “Circles“.
(@KateTempest)

My Brothers And I
“Nowhere to Run”
‘Live Sessions’ EP
self-released, 2014
Notes: “Portland’s My Brothers & I is a group of siblings and their childhood friends making music full of infectious grooves and highlighted by smooth vocal harmonies.” I love learning about new bands that live nearby!
(@MyBrothersAndI)

Bee Caves
“Running Home To You”
‘Animals With Religion’ EP
self-released, 2014
Notes: “These days, it’s exceedingly rare to find an EP that shows a depth of range as impressive and diverse as [the Austin-based] Bee Caves’ debut, Animals With Religion. With the scant six tracks, Bee Caves goes from almost psychedelic onslaughts of noise to Calexico-esque, southwestern style Americana to something almost electro… it’s almost a miracle to hear one as self-assured and experimental as Bee Caves’ debut effort.“
(@Bee_Caves)

Bostich+Fussible
“Into Your Heaven”
‘Motel Baja’
Nacional, 2014
Notes: ““After this, Nortec is done,” explains Fussible. “There will be no more Nortec. This is the last album.” If you’re a fan, you feel the devastation. If you haven’t been privy to the Tijuana duo’s innovative electronic music, now’s your chance to find out. Motel Baja is the new and last album from Nortec Collective Presents: Bostich+Fussible.” The Tijuana crew makes their second (and final?) stop on PUTV.
(@RamonBostich/@Nortec_Fussible)

Lowhitey
“Zorza”
‘Alone With My Thoughts’ EP
Hush Hush, 2014
Notes: “After dropping gems like a dumb thief in his native land, Polish electronic DJ/producer Wojciech Misiak has joined forces with Seattle’s Hush Hush Records to release his American debut Alone With My Thoughts… Subjective and introspective, the textural details and layer upon layer of sound that play out within Alone With My Thoughts lends itself wonderfully to intimate headphone sessions. As the midpoint of the release, “Zorza” is gorgeously warm and pastoral. Enveloped in dreamlike atmospherics, the continual surging synth lines and samples create a powerful but peaceful rainforest of sound – calling out for listeners to get lost in its lushness.“
(#Lowhitey)

Freez
“So Sick” (w/ Mike Frey)
‘Freez’s Frozen French Frey’s’
self-released, 2015
Notes: “Freez & Mike Frey dropped a new project…the 10 track album features guest appearances from Greg Grease, Metasota, Muja Messiah and Delko. Southside all the way, Freez’s new project encapsulates the pulse of Minneapolis, a record you listen to and FEEL like you’re in the Twin Cities. Substance and concrete lyrics abound, Freez’s Frozen French Frey’s is a solid project that is sure to get spins throughout the year.“
(@Freezaburna)

Clark
“Winter Linn”
‘Clark’
Warp, 2014
Notes: “Even compared to fellow Warp artists like Aphex Twin or Squarepusher, [Berliner] Chris Clark has a particularly forbidding aura. His early work, for all its melodic exuberance, occupied a testing space between techno and brain-melting IDM, a sound his non-existent public persona did nothing to soften. Clark never had a cult hit that broke his name to a wider audience, nor has he gotten involved in the wacky, provocative projects that have helped build legends around Tom Jenkinson and Richard D. James. Instead, he’s quietly gone about his business in relative obscurity… If 2012’s Iradelphic was…Clark’s trip-hop album, this record seems inspired by bass music… Even more surprising are the opening tracks “Winter Linn” and “Unfurla,” which build to a peak of tranced-out euphoria.“
(@ThrottleClark)

MICHAELBRAILEY
“I Lose Myself”
‘Pericardial’ EP
Hush Hush, 2014
Notes: “Currently a student at the Royal Northern College of Music in Manchester, the 18 year-old composer Michael Brailey’s output delves into the worlds of both electronic music and more traditional arrangements. A Principal Composer in the National Youth Orchestra of Great Britain, Brailey has also seen success as a DJ and remixer, and last month, he released his debut EP, a six-track effort entitled Pericardial, named for the medical procedure to remove fluid built up around the heart, subsequently relieving pressure. Each of the tracks was composed to explore a different type of love, and on “I Lose Myself”, Brailey explores fraternal love, speaking to a friend who’s damaged their friendship.“
(@M_Brailey)

Prince Fatty Meets Nostalgia 77
“Freedom (Zombie Dance Parts 1 & 2)”
‘In The Kingdom Of Dub’
Tru Thoughts, 2014
Notes: “The worlds of dub and jazz collide when Prince Fatty meets Nostalgia 77 ‘In The Kingdom Of Dub’; this intriguing collaborative album…sees two like-minded musical explorers joining forces to illuminate the shared roots and spirit of rebellion at the heart of these two genres… [Brighton UK’s] Prince Fatty – maverick producer of Hollie Cook and countless pop and reggae legends alongside his own Soundsystem projects – puts his spin on the music of [London’s] bluesy jazz wunderkind Nostalgia 77, for a full set of exclusive new versions of tracks from across the latter’s prolific career, including collaborations with Alice Russell, Keith and Julie Tippett and Beth Rowley.“
(@Prince_Fatty/@Nostalgia__77)

Planes on Paper
“Iron Boat”
‘The Ruins’ EP
self-released, 2015
Notes: “Navid Eliot and Jen Borst’s music as Planes on Paper is built around the duo’s talent for crafting layered, meticulous folk songs matched with organic, skillful playing. Hoping to continue a recent creative streak between the two, the Yakima duo formed Planes on Paper after the end of their previous outfit, Not Amy… The pair’s latest EP, The Ruins, finds Eliot and Borst honing the sounds of those initial songs and incorporating percussion and pedal steel guitar… “Iron Boat” more than lives up to its title, evoking a strange yet memorable image of something creeping in, creating a persistent sense of overshadowing that lingers on long after the song ends.“
(@PlanesOnPaper)