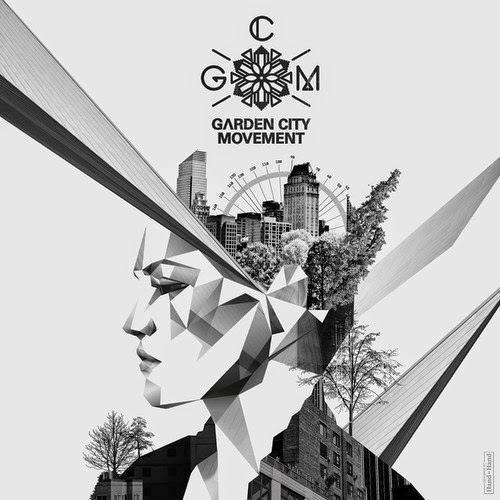 Moon Duo
“Animal”
‘Shadow Of The Sun’
Sacred Bones, 2015
Notes: “[Portland’s] Moon Duo may have started out as a side project for Wooden Shjips member Ripley Johnson, but the group, which also features Sanae Yamada, has very much grown into its own thing. Moon Duo just announced the impending release of Shadow Of The Sun, their third album and the follow-up to 2012′s ass-kicking Circles. First single “Animal” is an impressively fierce burst of space-rock. It only lasts two minutes, but that’s enough time for them to kick you in your third eye.“
(@MoonDuo)

Gang of Four
“Broken Talk” (w/ Alison Mosshart)
‘What Happens Next’
Metropolis, 2015
Notes: “Now that [London’s legendary] Gang Of Four have replaced founding vocalist Jon King with John “Gaoler” Sterry, guitarist Andy Gill is the only remaining original member of the band responsible for the landmark 1979 debut Entertainment! Given that Gang Of Four’s lineup has become somewhat of a turnstile, it’s reasonable enough that their next album, What Happens Next, will be laden with guest stars including German singer Herbert Grönemeyer and the Big Pink’s Robbie Furze. One of the most prominent is Kills/Dead Weather singer Alison Mosshart, who sings on three new tracks including “Broken Talk,” the lead single…” And we’re able to honor the return of GOF with this week’s title track!
(@GangOf4Official)

Robert DeLong
“Long Way Down”
‘Long Way Down’ EP
Glassnote, 2014
Notes: “Robert DeLong will follow-up his excellent debut “Just Movement” with the “Long Way Down” EP. The highly-anticipated 4-track release from the young [LA-based] electronic maestro of Wii-motes, joysticks, game pads and controllers, drums, keys and much more… With opening lyrics “I’ve been f–king around / While you’ve been saving the world,” DeLong demonstrates his talents yet again in writing concise yet biting lyrics to accompany his glitch-stomping melodies. Futuristic yet realistic, “Long Way Down” is an intelligent, slow-burning electro-rock anthem where his vocals shine as much as laser sounds seem to zoom into your headphones.” We heard “Happy” from Robert DeLong on Episode 041 – two years ago to the month!
(@DeLongMusic)

Bahamas
“All The Time” (Live On KUTX)
‘Bahamas Is Afie’
Brushfire, 2014
Notes: “Afie Jurvanen has blurred the lines between solo artist and collective effort with his Bahamas project for three albums. The Toronto musician – who’s also collaborated with Feist and Jack Johnson over the years – earned some serious attention last year for Bahamas Is Afie. CBC’s Q dubbed it the best album of the year… On record, “All The Time” gets a Marc Bolan-esque workout, but in 1A, Bahamas dig out the simmering Southern soul at the song’s core.” After a couple years, Bahamas make their second stop by PUTV. I had the chance to interview Bahamas a few months ago while hosting a short set here in Portland. They even played a version of “All The Time“ – and yes, that’s my big mouth at the the start of the clip. (“Little Record Girl” was also featured on our ‘Best of 2014’ mixtape.)
(@BahamasMusic)

Doe
“Julia Survived”
‘First Four’
Specialist Subject, 2013
Notes: “Doe have been plying their trade in the vast UK punk scene for a few years now, but have flown completely under my radar until now. The North London three-piece are releasing First Four, a collection of their first four EPs, on Specialist Subject Records…“
(@HelloWeAreDoe)

Stag
“She + Me”
‘Temporary Machines’ EP
Pop Maelstrom, 2014
Notes: “Power chords and sweetly melodic hooks are the bread and butter of the Seattle-based power pop mavens Stag… The EP’s opening track, “She + Me” is a vibrant cut of vintage power pop, complete with crunchy twin guitars and explosive “yeah, yeah, yeah”-style choruses… Across the last few years, Stag have steadily honed their hyper-melodic craft, and “She + Me” continues their trend of writing songs that demand to be blasted at full volume.” We heard “Another Summer” from Stag back in September 2013 on Episode076.
(@StagSeattle)

Mina Tindle
“L’Astrakan”
‘Parades’
Believe, 2014
Notes: “Parades is Mina Tindle’s sophomore album. It is made of 12 beautiful and poetic songs, where Shakespeare language subtly meets with Molière’s. Influenced by her Mediterranean origins, Parades is alike Mina Tindle: warm-hearted. It comes right in time to light up these chilled and grey autumn days. It is a touching and well-constructed record that brings varied emotions and invites us to follow Mina Tindle into her beautiful universe… “L’Astrakan” closes the record on a slow beat…” We heard “I Command” from Mina‘s latest album back on Episode135.
(@MinaTindle)

Flight Facilities
“Two Bodies” (w/ Emma Louise)
‘Down to Earth’
Glassnote, 2014
Notes: “Incorporating a wide variety of pop and indie sensibilities into their crisp brand of house-influenced dance music, the [Sydney] Australian duo of Hugo Gruzman and James Lyell remix, produce, and perform as Flight Facilities… their debut album, 2014’s Down To Earth, which featured contributions from Rosselli, Reggie Watts, and on a post-release reprise, Kylie Minogue. An aqueous haze envelopes “Two Bodies”, moving with a smoothness that belies its percolating beat.” We got “Sunshine” from FF two months ago on Episode139.
(@FlightFac)

Garden City Movement
“Entertainment”
‘Entertainment’
BLDG5, 2013
Notes: “The Israeli group’s title dates back to the planning and construction of some of your favorite cities, including the band’s home, Tel Aviv. But we’re not here to talk urban planning. Garden City Movement is Johnny, Roi, and Joe, a trio whose intricately woven tracks have maneuvered their way into critical focus. The group’s EP, Entertainment, scored them a European tour and praise from fans and reviewers alike.“
(@GardenCityMove)

Doomtree
“Final Boss”
‘All Hands’
self-released, 2015
Notes: “On its 2011 album No Kings, Minneapolis hip-hop crew Doomtree threw a brick at the genre’s upper crust… The seven-piece’s follow-up, All Hands, hits stores Jan. 27 and boasts a title that sees the group attempting to reconstruct what it dismantled four years ago… and while the group’s five MCs still offer vitriolic verses, they’re inclined to toss in mentions of video game boss levels and cheat codes alongside inflammatory political texts.“
(@Doomtree)

Objekt
“Ratchet”
‘Flatland’
Pan, 2014
Notes: “It’s probably safe to assume that “ratchet”, as used by the Berlin producer Objekt, has little to do with its American vernacular meaning — a wild-card-like connotation that shifts according to context—and more to do with tools, cranks, and tension. One of the rare uptempo cuts on Objekt’s spellbinding debut, Flatland, “Ratchet” and its snapping syncopations are firmly rooted in an electro tradition stretching through Kraftwerk…and even Autechre. Indeed, the way it rolls up influences from throughout that history is a little like a snowball gathering mass as it goes hurtling down the mountainside, bouncing from crag to crag. Given its white-knuckled momentum, it’s one of the few cuts from the album you might expect to hear in a DJ set.“
(@KeinObjekt)

NAVVI
“Stay”
‘//’ EP
self-released, 2014
Notes: “Like the lingering perfume of somebody who’s just left a room, Seattle indie electronic duo NAVVI create an evocative and memorable aroma with their debut // EP. Teasing the listener with a brief collection of lush and laid-back tracks of minimal dark electropop, Kristin Henry and Brad Boettger take the ears on an exhilarating, pulsating ride through murky waters filled with waves of odd tension and sustained melancholic energy. Done and dusted after 18 too short minutes, the crafty duo obviously have the clear intention of choosing quality over quantity. The EP’s closing track – ‘Stay’ offers a deep and seemingly bottomless chasm of extravagant sounds that the listener can either dip their feet or full body float in.“
(@NAVVIband)