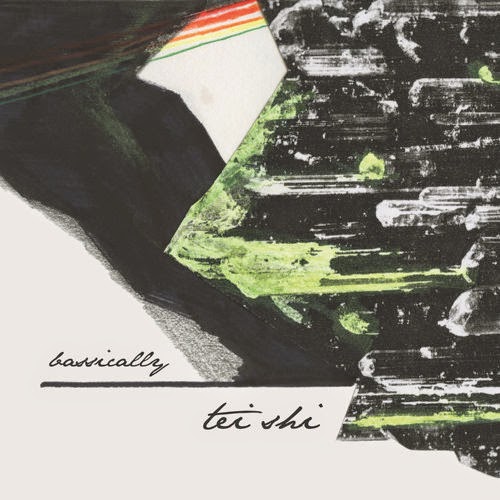 Liam Hayes
"One Way Out"
'Slurrup'
Fat Possum, 2015
Notes: "Credited to Liam Hayes alone, Slurrup is, aptly enough, less lush than his work with [long-running Chicago backing band] Plush... Here, Hayes lets nothing get in the way of the music's momentum and he clears out the bric-a-brac in favor of adrenaline, with winning results. "One Way Out" adds muscle and sweat to his flair with hooks, paving the way for driving psych-rock... Hayes' pop is arguably even more potent when it's not quite as elaborate."
(@LiamHayesPlush)

Kate Tempest
"Lonely Daze"
'Everybody Down'
Big Dada, 2014
Notes: "Spoken word, published poetry or forum theatre, [the London-born artist] Kate Tempest’s work as a storyteller flows with intensity and intimacy in equal measure. Lonely Daze introduces new album Everybody Down... An album of twelve ‘chapters’ telling one long story, it’s been produced in its entirety by Dan Carey (Bat For Lashes, M.I.A, Hot Chip). Chatty, humble and down to earth, big ideas continue to run beside casual observations, city life and youth culture playfully twisted into thoughtful social commentary..." We first heard "Circles" from Kate Tempest's latest album a few months ago on Episode142... And yes, this reminds me of The Street's 'A Grand Don't Come For Free'.
(@KateTempest)

Zola Jesus
"Compass"
'Hunger'
Mute, 2015
Notes: "Zola Jesus is about to release “Hunger,” a song from her 2014 album Taiga, as a single, and she’s got a new song that’ll serve as the B-side. “Compass” is a big, stormy track with a galumphing rhythm track and a general sense of overwhelming euphoria. If you threw a house beat under it, it could be total Euro-club material. Instead, though, it has this awesome tribal goth thing rumbling under it. The song sounds vast, and it’s a bit surprising that’s she’s willing to relegate something this huge and physical to B-side status." We first heard Zola Jesus back in September 2013 on Episode078 - Snap!
(@ZolaJesus)

Lost Lander
"Gemini"
'Medallion'
Glad I Did, 2015
Notes: "Lost Lander just dropped another song from their exceptional second album, Medallion, and we've got the exclusive premiere. "Gemini" finds the Portland band...exploring the synth-tinged reaches of art pop. "Gemini" boasts an assertive 12/8 martial/dance beat, a wiry guitar riding a complex arrangement, and an inclusive chorus that sounds stadium-ready to me." We haven't heard from the local Lost Lander since their very first time on PUTV three years ago on Episode003!
(@LostLanderBand)

ELEL
"Geode"
'ELEL' EP
Mom + Pop, 2015
Notes: "Nashville eight-piece indie pop collective ELEL sound like a feel good orchestra on their debut self-titled EP..." We heard "40 Watt" from ELEL a few months ago on Episode140 and they're coming to Portland this week!
(@ELELmusic)

Ephrata
"Where Have You Gone?"
self-released, 2015
Notes: "Running chiming guitars and melodic vocals through a hazy, swirling filter, Seattle’s Ephrata split the difference between shimmer and shoegaze... (A full LP of songs is yet to be released.) Their latest single, “Where Have You Gone?” finds the band further sharpening their harmonious structures. Balancing their The Sundays-via-Lush sweetness in the verses is a crushing post-punk build (and release) at each verse’s end." And this is only our first slice of self-released Seattle action this week!
(@EphrataBand)

Duke Evers
"Lions"
'Handful of Pennies' EP
self-released, 2014
Notes: "Seattle duo Duke Evers...have crafted a different sound on their recent Handful of Pennies EP, relying more on punchy pop hooks than bluesy grit... “Lions”, might as well have been performed by a traditional four-piece, for all its energy, and, on it, [Josh] Starkel’s rich guitar play recalls 00’s Brit rock as much as some of our own local post-grunge rockers. It’s amazing, actually, how much noise these two can make." Another sweet slab o' self-released sounds from Seattle!
(@DukeEversBand)

Delta Spirit
"Trashcan" (Live On KUTX)
'Ode To Sunshine'
Rounder, 2007
Notes: "Delta Spirit started out literally banging on trashcans. The band popped up in 2008 with the song “Trashcan,” built around a simple percussive riff that the members drunkenly bashed out one night. Delta Spirit has since gotten grander in sound and scope, but there’s still something Southern about their music. Despite hailing from California–and mostly based in Brooklyn these days–the group is more beer joint than beach party. Live at the Four Seasons last week, frontman Matt Vasquez (who recently moved back to Austin, his childhood roots) introduced a honky-tonk version of “Trashcan.”" My buds in Delta Spirit gave us our "From Now On" title track back on Episode119 last summer.
(@DeltaSpirit)

Ibeyi
"River" (Live On KUTX)
'Oya' EP
XL, 2014
Notes: "Ibeyi is the Yoruba word for “twins,” and the twins behind the band Ibeyi have an almost-supernatural musical bond. Lisa-Kaindé Diaz and Naomi Diaz are the daughters of Anga Diaz, noted percussionist with the Buena Vista Social Club. Their mother also took them to see Yoruba choirs in their native France, and both Cuban and French influences pop up on their self-titled debut. The Diaz twins also have a love for electronic and hip-hop, but live at the Four Seasons, they used their most powerful instrument: their harmonizing vocals. Ibeyi pulled off an a cappella version of “River,” transforming the beat-heavy original into a religious-like chant."
(@IbeyiOfficial)

Tei Shi
"Bassically"
'Verde' EP
Mom+Pop, 2015
Notes: "Born in Buenos Aires, Valerie Teicher (aka Tei Shi) grew up in cities across Central America, US and Canada before finally settling in Brooklyn, where she began her music career. First surfacing on music blogs in the summer of 2013 (and releasing her debut Saudade EP later that year), she has remained one of Hype Machine's most-blogged artists ever since with a style blogs have referred to as "alt-R&B", "mermaid rock" and "future-pop." Verde is her sophomore release."
(@TeiShi)

Greg Grease
"Rip Van Winkle"
'Born To Lurk, Forced To Work'
Sound Verite, 2015
Notes: "...while the rest of the Twin Cities is at fashion week with Kanye...“Rip Van Winkle” is a straightforward campaign platform: Wake up, or get left behind. The second single from the Minneapolis workman’s excellently titled [sophomore full-length] Born to Lurk, Forced to Lurk is breezy but pointed, a side-eye in .wav form." We first heard a track with Greg Grease (featuring Lizzo!) way back on Episode039!
(@GreazyGreg)

Fascination Movement
"The Ones You Love"
self-released, 2015
Notes: "Wrapped up in a cozy cocoon of silky 80’s sounds, Seattle’s The Fascination Movement have been slowly dripping out retro radness since 0.5, their 2008 debut EP... “The Ones You Love”, is this mysterious band’s first single in three years. But as it kicks off with a fresh pair of kicks and snares, and morphs into a loose disco shuffle, while tastefully layering choral passages over gurgling synths, you realize they haven’t lost their stride."
(@TheFM)