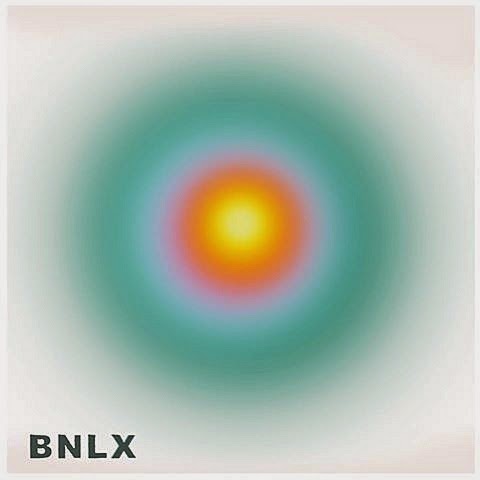 @PumpUpThaVolume: Episode156 – Light It Up

BNLX
"Light It Up"
'Good Light'
TBA, 2015
Notes: "BNLX is hosting another two-night BNLX Fest this weekend [in Minneapolis] to promote a record it isn’t really selling yet. That’s because the latest offering from the reverberating, melodic fuzz-rock group...has garnered interest from a major record company, one that can’t be named because the deal isn’t done yet. It must be a sizable, impressive label for the Ackersons to not just issue the new album, “Good Light,” on their own reputable little imprint, Susstones..." We heard the MN's BNLX way back on Episode033.
(@BNLX2day)

Abram Shook
"Understood"
'Landscape Dream'
Western Vinyl, 2015
Notes: "The most apt word to describe Abram Shook would be dreamy. It’s an adjective that gets overused a lot when writing about music, but it’s the only one that comes to mind that accurately captures the charming, refreshing effect of his music. On “Understood,” the Austin songwriter has nestled comfortably into a happy medium between chill out tunes and confident swagger. It’s is the first single from his upcoming new album, Landscape Dream..."
(@AbramShook)

Sun Breaks
"Turnstile"
'Sun Breaks' EP
Sailors Rest, 2015
Notes: "Coming out of Seattle, the new collaboration between singer/guitarist John Atkins (764-Hero, Hush Harbor, Magic Magicians) and drummer/producer James van Leuven (Plan B,Automaton, Sub Debs) is an electrifying example in how to execute exemplary experimental pop. The 2015 self titled EP is a unique snapshot of artists who seem to be on a never ending upward creative trajectory, undertaking an intellectual approach to creating and utilizing eccentric, offbeat sounds and placing them in a catchy confines of pop music."
(@SunBreaksBand)

DMA's
"Laced"
Mom+Pop, 2015
Notes: "It’s been 19 years since Oasis released (What’s the Story) Morning Glory?, so it’s about time for Britpop to have another day in the sun... Newtown, Australia’s DMA’s, who seem to consider it a primary musical touchstone... Their latest, “Laced,” combines that with some of The Verve’s stoned ambience and Britpop godfathers XTC’s fizzy bubblegum edge."
(@DMAsMusic)

Sufjan Stevens
"Should Have Known Better"
'Carrie & Lowell'
Asthmatic Kitty, 2015
Notes: "“Should Have Known Better” is our second preview of Sufjan Stevens’ [seventh full-length] Carrie & Lowell, and like “No Shade In The Shadow Of The Cross,” it’s a spare, gorgeous, heavy-hearted folk song. This one is slightly more upbeat, with an instrumental interlude that might be the prettiest moment on the album." We heard the Detroit-born and bred Mr. Stevens back on Episode038 in December 2012.
(@SufjanStevens)

Nic Hessler
"Expel Me"
'Soft Connections'
Captured Tracks, 2015
Notes: "Signed as a teenager as Catwalk, [Oxnard, CA] Nic Hessler’s precocious beginning as a west coast indie guitar pop-smith was cut short when, aged 18, he was diagnosed with a rare auto-immune disorder. That’s not why you should enjoy this debut solo album though. Hessler has no need for sympathy: he’s already walking on sunshine, tilting at jangly power pop, the Lemonheads, Love and countless knock-kneed indie bands."
(@Nic_Hessler)

Adam Torres
"Rosemarie"
'Nostra Nova' (2006 Reissue)
Misra, 2015
Notes: "Back in the early ‘00s, Southeast Engine was one of the biggest bands in the little town of Athens, Ohio. Around that same time, the group’s Adam Torres was working on a solo project, Nostra Nova. Released in 2006 to precious little fanfare, Nostra Nova was a folk record tinged with Appalachian roots, something that was probably at least a little influenced by Athens’ foothills location. With some of his Southeast Engine bandmates helping out on rhythm, Torres constructed a reflective DIY record that, even nine years later, stands the test of time. And since it was chronically underappreciated then and has become a cult classic since, it’s getting a reissue now."
(@AdamTorresMusic)

Rose Windows
"Strip Mall Babylon"
'Rose Windows'
Sub Pop, 2015
Notes: "Sadly, the genre-defying [Seattle] collective formally disbanded last month, citing “the health of the band and the health of each individual member” as deciding factors on their Facebook page. This breakup, however, won’t stop the May release of their self-titled second LP. That’s a good thing because “Strip Mall Babylon” suggests the album is well worth hearing. The song starts deceptively with a slinky groove, before Qazi’s Joplin-esque roar explodes over thick, fuzzy guitars and searing organs. It’s a victorious sign-off for a band with a brief but impressive run." We also heard Rose Windows on Episode033, as well as Episode070.
(@RoseWindowsBand)

Haelos
"Earth Not Above"
Matador, 2015
Notes: "London trio Haelos - Arthur, Lotti and Dom - have penned a deal with Matador Records (Darkside, Savages), arriving with their new track, ‘Earth Not Above’.... [which] sees the trio twisting their melodrama-led electronic into a more dramatic form, sitting somewhere amongst trip-hop staples of the past."
(@Haelos)

Kevin Garrett
"Control"
'Mellow Drama'
self-released, 2015
Notes: "Love songs -- and their partner-in-crime, out-of-love songs -- are an imposing pillar of popular music. It's natural for a young artist to write tracks in this tradition, but how do you put a fresh spin on a historical practice that reaches back centuries? [Pittsburgh/Brooklyn] Kevin Garrett's trick is to play with perspective."
(@KevinOGarrett)

Solvents
"Reeling Out"
'Modern Dystopia'
self-released, 2015
Notes: "We are a music duo/group from the Port Townsend, Washington. Our influences range from Gram Parsons, to Husker Du, from Beat Happening to The Beatles from Nirvana to The Cure and everything in between. Sometimes simple music consisting of words, melodies, violins and acoustic guitars. Other times there are drums, feedback and pianos. We enjoy being free to explore any musical direction we want." 'Modern Dystopia' drops June 6th.
(@SolventsMusic)