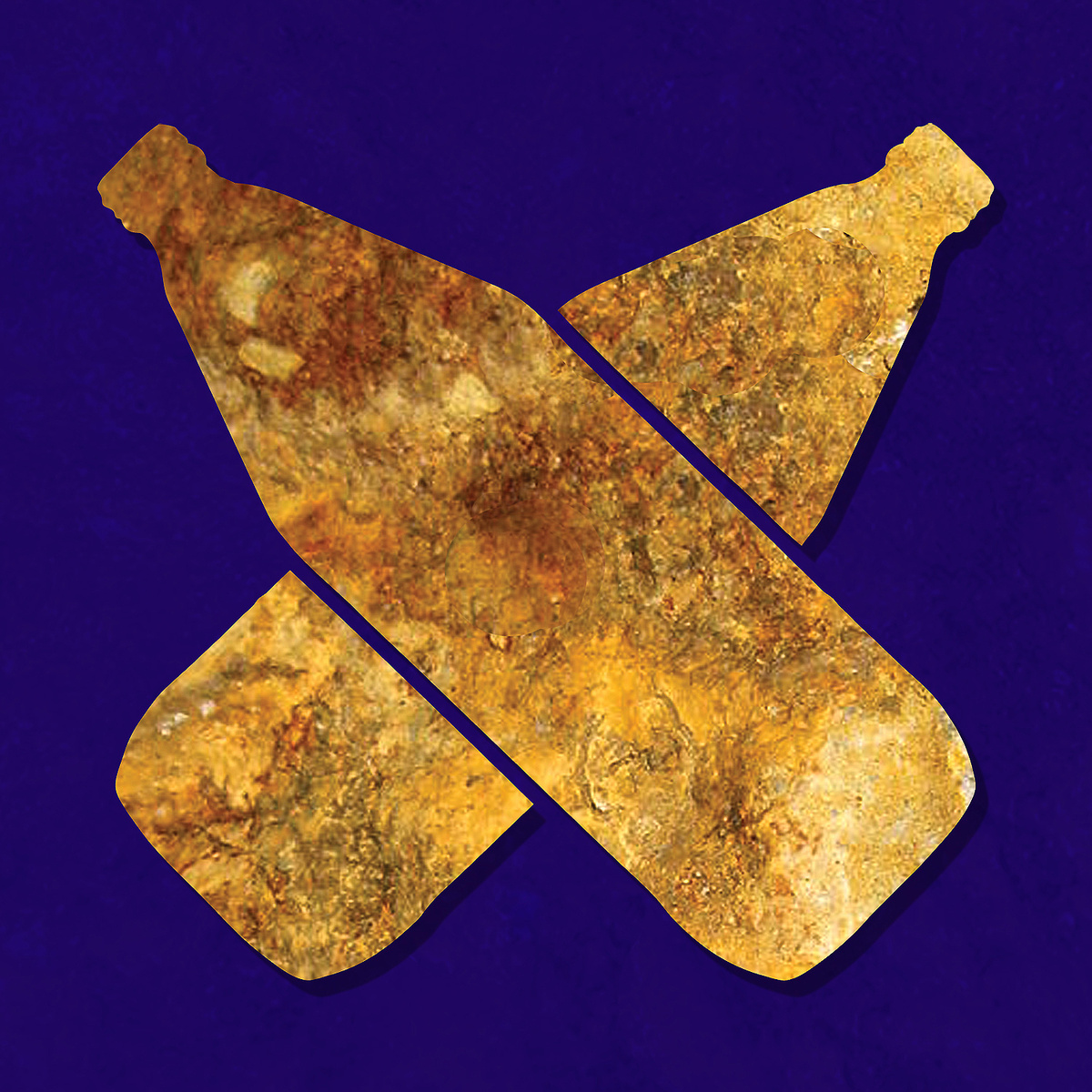 @PumpUpThaVolume: Episode161 – Check This Shit Out 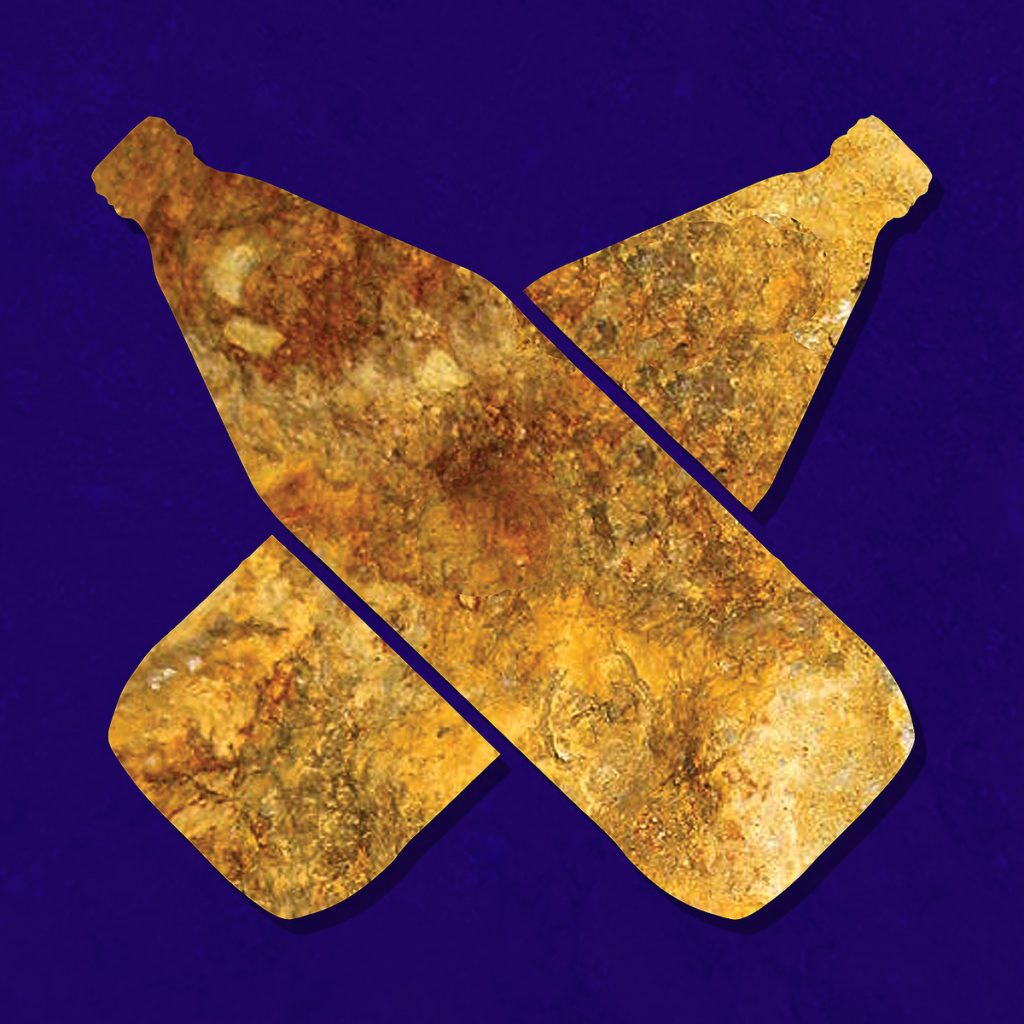 Metz
"Acetate"
'II'
Sub Pop, 2015
Notes: "Canadian pigfuck aggressors Metz will return with their second LP... As predicted, it will be called II. Opening track and lead single “Acetate” is as brutal as we’ve come to expect from this band, a ferocious noise-punk skree that will absolutely crush you if you cross its path." It's our third pummeling from Metz, but we haven't heard them in two years so welcome back!
(@MetzTheBand)

Cayucas
"Moony-Eyed Walrus"
'Dancing At The Blue Lagoon'
Secretly Canadian, 2015
Notes: "It’s been a couple of years since we’ve heard new offerings from Cayucas and named them one of the best new bands of 2013 off the strength of their debut, Bigfoot. The [Santa Monica-based] indie pop duo of twin brothers Zach and Ben Yudin is back with “Moony Eyed Walrus” off their sophomore album, Dancing At The Blue Lagoon. The surf is gnarly on this song, with groovy guitar stabs, big drums, and sweeps crashing together to propel the track forward. A couple of head-bobbing break downs are definitely worth mention too. The time away has done them well." It's also Cayucas third time on PUTV and first in two years.
(@CayucasBand)

Nadine Shah
"The Gin One"
'Fast Food'
Apollo, 2015
Notes: "London-based songwriter Nadine Shah brings back her signature dark and soulful voice on brooding new album, Fast Food... The somber songstress’s first release since 2013’s Love Your Dum and Mad, again produced by Ben Hillier (Blur, Elbow, Depeche Mode), draws you in from the first striking instrumental while highlighting what really gives Shah’s music its power, the monstrous capability of her voice to growl and thrill."
(@NadineShah)

HoneyHoney
"You and I"
'3'
New Rounder, 2015
Notes: "LA-based duo HoneyHoney took a few years between albums, building anticipation for their latest foray into sultry Americana. Musician Benjamin Jaffe and singer Suzanne Santo will be releasing 3, their third album in early June."
(@HoneyHoneyBand)

Django Django
"Shake & Tremble"
'Born Under Saturn'
Ribbon, 2015
Notes: "The Scottish band Django Django started out as minimal postpunkers, but their new album Born Under Saturn moves them toward a harmonically rich form of psychedelia. It’s dazed where their last album was fearsome." It's our second taste of the new album from Django Django, but it's their fourth time here overall.
(@TheDjangos)

Snuff Redux
"Disintegrate the Days"
'Toy Kingdom' EP
self-released, 2015
Notes: "Snuff Redux is the anthemic indie rock project started Seattle musicians Skyler Ford and Daniel Chesney. After a constant tour cycle in which they honed their skills and songs, the group dropped their debut offering, Toy Kingdom... Melodic, inventive, crammed with musical delights, today’s featured song, “Disintegrate the Days”, treats the ears and challenges the imagination with its vintage virtues. As the perfect entry into the the Snuff Redux world, this track is coated in jangled rhythms, heartfelt lyrics and a guitar melody so catchy even the band can’t help but hum along with it."
(@SnuffRedux)

Mason Porter
"A2B Machine"
'Key To The Skyway' EP
self-released, 2015
Notes: "[MLPS] bluegrass and folk faves Mason Porter are back with a new EP, Key To The Skyway... The band recorded their new EP at Cambridge Sound Studios in Philadelphia, and on it they continues to showcase their excellent acoustic music chops and songwriting. Mason Porter [celebrated] the release of their new EP...at World Cafe Live."
(@MasonPorter)

Bilal
"Satellite"
'In Another Life'
Purpose/eOne, 2015
Notes: ""Just another day, in another life / I'm a satellite, watching the world watch people / as they do what they do to people," sings a bewildered and audibly affected Bilal. After taking a trip to the surreal side of soul on 2013's aptly titled A Love Surreal the Philadelphia-bred singer has come back down to earth on his new song, "Satellites." This first taste of his soon-to-be-released collaborative album with producer Adrian Younge, In Another Life, finds Bilal bearing witness to our tumultuous times and basically asking Marvin Gaye's famous question, "What's going on?""
(@Bilal)

The Flavr Blue
"Feathers"
self-released, 2015
Notes: "Even if you haven’t heard of The Flavr Blue, you have probably gotten a taste of one third of the Seattle trio, as member Hollis Wong-Wear handled the hook duties and has a writers credit on Macklemore and Ryan Lewis’s “White Walls.” But The Flavr Blue’s impact far eclipses a Grammy nod... That’s especially evident on their newest single, “Feathers,” which features climbing synths that rise with Hollis’ reverberating voice. The result is a dense, atmospheric track that uses vocal chops and heavy synth-bass to briefly escalate into a club ready beat before floating back down to earth."
(@TheFlavrBlue)

Sip Sip
"Check This Shit Out" (Live On KUTX)
'Party Record' EP
Raw Paw, 2013
Notes: "If you’ve ever wished your brass bands were a little more, well, brassy, then Sip Sip is for you. The Austin band brings the kitchen sink to everything they do. There are eighteen band members playing horns, synthesizers, and everything in between. Their music somehow combines jazz and funk with post-rock and hip-hop–basically, it’s a non-stop party. Get the party started with “Check This Stuff Out,” recorded live in Studio 1A." We heard another live song from Sip Sip a few months ago.
(@SIPSIPMusic)

The Happen-Ins
"Let You Go" (Live On KUTX)
'Glamour Shots'
self-released, 2015
Notes: "Individually, the guys in the Happen-Ins have some stellar side-gigs, playing with Hayes Carll, Phosphorescent, the Mastersons, and more. But when they get back to Austin, they turn into a rock ‘n’ roll machine, Voltron-style. The band debuted with a swaggering effort in 2010, worshiping at the riff-heavy altar of the Stones/Faces. Earlier this year they returned with Glamour Shots and stopped by our Studio 1A. “Let You Go” is a different look for the Happen-Ins, but it works perfectly with their self-described genre: rhythm and fuzz."
(@TheHappenins)

Blind Pets
"Everybodies" (Live On KUTX)
'Heavy Petting'
Sub Bop, 2014
Notes: "The Blind Pets’ riff-heavy rock wears its influences proudly. There’s a little Sabbath-like stomp, some Queens of the Stone Age fuzz, and a Nirvana-esque penchant for killer hooks. Frontman Josh Logan has one of those voices that’s almost perfectly designed for a rock band: rough, frightening, and instantly memorable. Last year’s Heavy Petting, the band’s third album, is their best yet, and the Pets stopped by Studio 1A for a taste. “Everybodies” rides a bluesy, simple groove that proves why this power trio is so utterly powerful."
(@TheBlindPets)

Riders Against The Storm
"Move!" (Live On KUTX)
self-released, 2014
Notes: "In case the exclamation point didn’t tip you off, Riders Against The Storm’s “Move!” is a command, not a suggestion. The hip-hop crew has carved out its own dance-oriented scene since moving to town from Rhode Island. Their monthly party–Body Rock ATX, which takes over Empire Control Room tonight–shows off their own bumping music alongside some of Austin’s best-and-boogiest. Last year, RAS even nabbed two Austin Music Awards, including band of the year, and they put in a typically spirited performance in Studio 1A." And all four of these bands with live cuts are playing the X Games this weekend in Austin, which is why KUTX was spotlighting them!
(@RasHipHop)

Ivan & Alyosha
"Bury Me Deep"
'It's All Just Pretend'
Dualtone, 2015
Notes: "Earnest folk-influenced melodies guide the incandescent indie rock of Seattle’s Ivan & Alyosha... [who] entered the studio with Joe Chiccarelli (The Strokes, My Morning Jacket) to create their sophomore effort, It’s All Just Pretend. One of the hardest-charging tracks in the band’s catalog, “Bury Me Deep” uses dark imagery and a thick, layered arrangement to channel Wilson’s conflicted romanticism. Structured like a country tune and played with the bombast of a rock song..." It's Ivan & Alyosha's fourth time on PUTV and I even got to interview them back in April, too! Here's a live version they played for us.
(@IvanAndAlyosha)