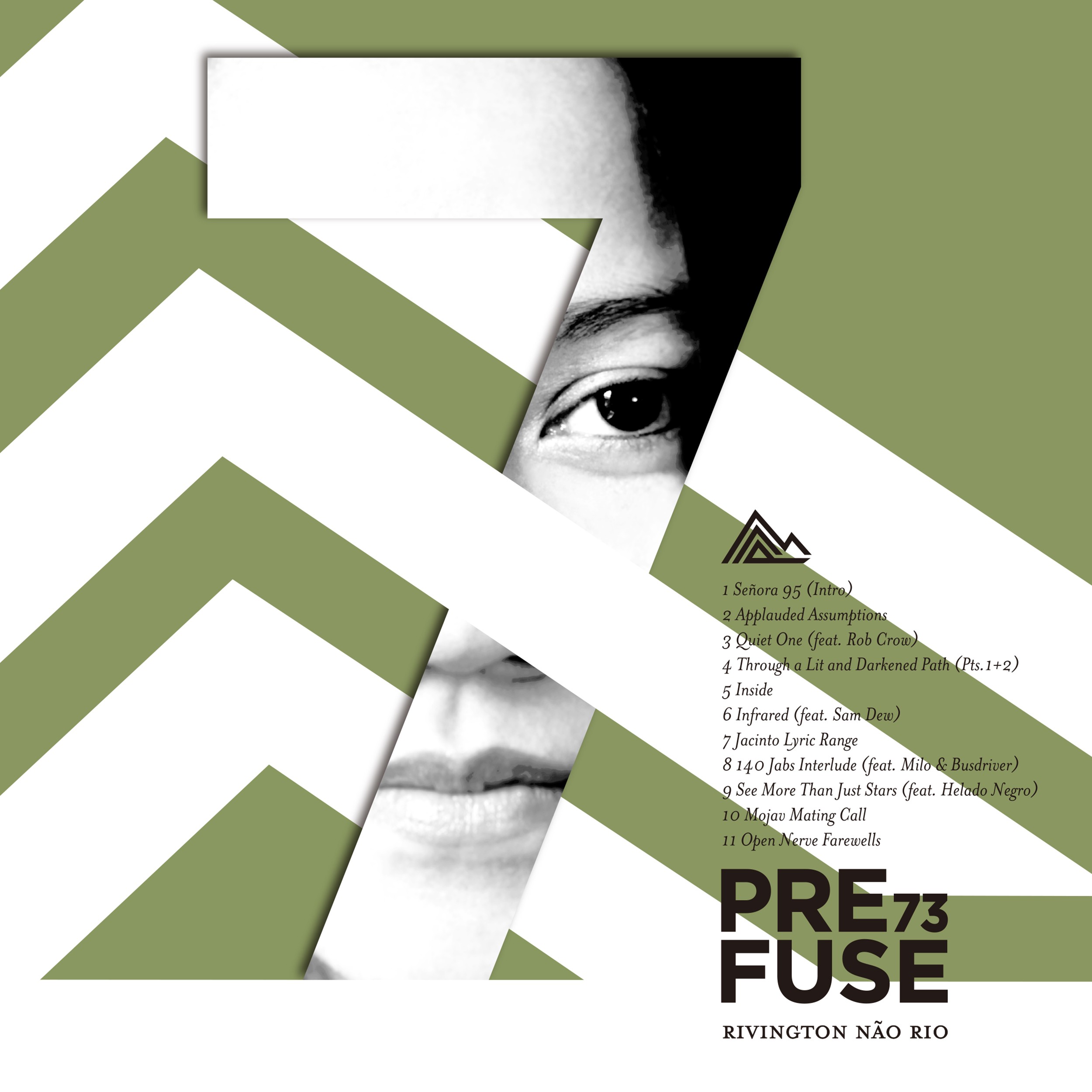 Manatee Commune
"Clay" (w/Marina Price)
Bastard Jazz, 2015
Notes: "From the misty forests of the Pacific Northwest comes Manatee Commune, aka Grant Eadie, whose rainy Washington roots do nothing to gloom his breezy, lighthearted instrumentation. Glittering beats vibrate alongside earthy violins in his latest track “Clay,” a burst of tropical summer amidst an unseasonably warm autumn. The track also features the luminous vocals of Marina Price, and when she asks, “Are you busy? Could you meet me for a lemonade?/ I just want you to feel OK,” you’ll instantly ache for your memories of summer. “Clay” is the title track from Manatee Commune’s [brand new] 7″..." Well, they just played here in Portland last night...
(@ManateeCommune)

Prefuse 73
"See More Than Just Stars" (w/Helado Negro)
'Rivington Não Rio'
Temporary Residence, 2015
Notes: "After releasing eight albums over 11 years, Guillermo S. Herren -- aka Prefuse 73 -- left his longtime label home [after Warp Records said they would "no longer be accepting new material"?!] and spent four years away from the project. Finally, Prefuse 73 is back with a new album and a new label home for its glitchy, left-field electronic music." A long-time favorite of mine that I'm glad to finally play on the show.
(@Prefuse73)

Mercury Rev
"The Queen of Swans"
'The Light In You'
Bella Union, 2015
Notes: "Starting in 1991, Buffalo fabulists Mercury Rev have made seven albums of expansive, wide-eyed, majestic psychedelic rock. It’s been a while since they released the last of those albums; Snowflake Midnight came out way back in 2008... [Now they're] back with The Light In You, their eighth LP. And this is the first of their albums that longtime co-leaders Jonathan Donahue and Grasshopper have produced themselves. Sometime Mercury Rev member and psych-rock super-producer Dave Fridmann usually produces their albums, but scheduling conflicts kept him out of this one. Still, first single “The Queen Of Swans” has the elaborate, layered, finely orchestrated sound that’s come to characterize the band." Another favorite band I'm stoked to get to play new music by - even if it's without the bombastic production of the awesome Dave Fridmann.
(@MercuryRevvd)

Typhoon
"Artificial Light"
'Live At The Crystal Ballroom'
Roll Call, 2015
Notes: "American twelve-piece indie band Typhoon have released a 14 track live album for free through Noisetrade. The album consists of tracks spanning 'White Lighter', 'A New Kind of House' and 'Hunger And Thirst', though their 2013 release, 'White Lighter', makes up most of the songs... The album was recorded at the Crystal Ballroom in Portland, Oregon in November 2013." We've heard Portland's Typhoon twice before - incidentally in Fall 2013 when they were gearing up to record this live album.
(@WeAreTyphoon)