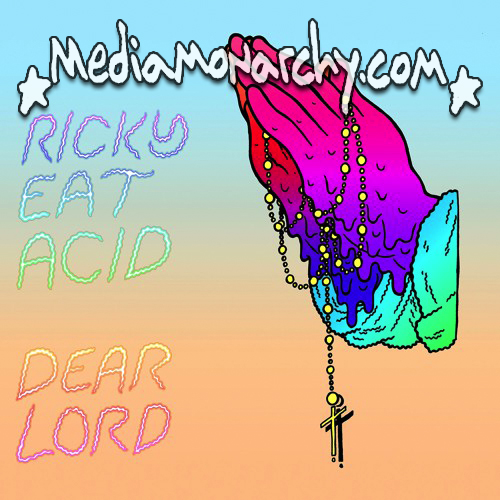 Welcome to the final PUTV for 2015! It's Episode188 - Good Lord w/new music by Gang of Youths, Black Ships, Ricky Eat Acid, The Both and Three For Silver...

**************
♬Liner Notes♬: Another amazing year of new and remember: we're DJ live every weekday at noon PT on Mixlr, too. Cheers to the #GoodLord - and thank you for another great year!

Gang of Youths
"Magnolia"
'The Positions'
Mosy, 2015
Notes: "Gang of Youths are an indie rock band from Sydney, Australia. They came together after lead singer, David Le'aupepe, got some of his friends he met at a Christian Youth Group when he was younger to record some songs he wrote. After getting airplay on a local radio station, singles "Evangelist" and "Riverlands" started getting decent rotation on Australian radio station Triple J. This encouraged the band to keep on writing music together, which led to their debut album, "The Positions.""
(@GangOfYouths)

Black Ships
"Twice Born"
'Dead Empires'
self-released, 201
Notes: "The Black Ships are fresh off the release of new record Dead Empires... A modernized combination of Morrissey’s melodramatic vocals, Joy Division’s driving rhythm section and ‘80s synthesizers, “Twice Born” is sure to have a place in your 2015 songs-of-the-year list." We heard the title track from Black Ships debut LP 'Dead Empires' back on ep181.
(@TheBlackShips)

The Both
"You're A Gift"
Superego, 2016
Notes: "Last year, veteran songwriting royalty Aimee Mann and Ted Leo, friends for years, got together to form a duo called the Both and released a deeply underrated power-pop album. They didn’t finish things up with that, either. Last year, they also dropped a Christmas song called “Nothing Left To Do (Let’s Make This Christmas Blue).” Right now, they’re touring with a Christmas show that includes Liz Phair... And now they’ve also got another Christmas single. This one is called “You’re A Gift,” and it’s a mellow and confident jam that’s really only barely a Christmas song." It's The Both's third time on PUTV - and this time !
(#TheBoth)

Three For Silver
"Three Stones For St. Stephen"
Foggy Night, 2015
Notes: ""Too long have we suffered under tyrannical false cheer of Christmas 'Classics,'" Three For Silver write by way of introduction for "Three Stones for St. Stephen." The Portland band's new single won't be mistaken for Bing Crosby: as holiday songs go, it's closer to the subversive whimsy of "The Nightmare Before Christmas" soundtrack, half polite crooning and the other, an unfettered howl. It sounds like Tom Waits and the Decemberists throwing wine bottles at each other as a chamber ensemble looks on in horror."
(@ThreeForSilver)