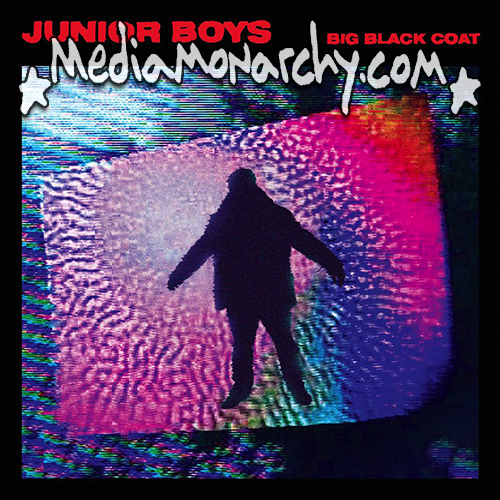 Previous: Episode196 - Get Out

Bleached
"Keep On Keepin' On"
'Welcome The Worms'
Dead Oceans, 2016
Notes: "Announcing their sophomore album Welcome The Worms as well as a world tour, California punk rock group Bleached [...worked...] with producer Joe Chiccarelli (Morrissey, the Strokes, Spoon), the band created an honest and straight-shooting depiction of their lives through music."
(@HelloBleached)

Junior Boys
"Over It"
'Big Black Coat'
Domino, 2016
Notes: "Big Black Coat leaves behind introverted electronica of previous Junior Boys records. There's some mid-era Kraftwerk in its place, as well as a big debt to Detroit techno, that sweet spot in the mid-'70s when krautrock met disco, several of Arthur Russell's many house aliases, and even Prince circa Controversy. But it never lapses into boredom and pastiche, standing instead as one of the highlights of their discography."
(@JuniorBoys)

Jessy Lanza
"It Means I Love You"
'Oh No'
Hyperdub, 2016
Notes: "Canada’s Jessy Lanza stormed the electropop scene in 2013 with her debut album, the Polaris Music Prize-nominated Pull My Hair Back. She’s looking to replicate that success with her follow-up, Oh No... The LP was recorded in Hamilton, Ontario with Junior Boys’ Jeremy Greenspan, who also had a hand in co-producing Pull My Hair Back... Ahead of the record’s May 13th release through Hyperdub, Lanza has let loose lead single “It Means I Love You”. More straightforward electronic than her usual pop/R&B offerings, it’s rife with pitch-shifted vocals, dirty percussion, and an entrancing build-up worthy of a jungle-set club. “If you want it, come and find my love,” she lures."
(@Jessy_Lanza)

Le Matos
"No Tomorrow" (w/PAWWS)
'Chronicles of the Wasteland: 'Turbo Kid' Original Motion Picture Soundtrack'
Fantôme, 2016
Notes: "Essential slice of synth pop heaven from Le Matos with Pawws on vocal duties the song is featured on the Turbo Kid soundtrack... The French Canadian synthpop duo has combined their synth mastery with the Lucy Taylor's lovely vocals of PAWWS to create something truly memorable. [For] fans of cinema and synthwave alike..."
(@Le_Matos_)

Car Seat Headrest
"Drunk Drivers/Killer Whales"
'Teens of Denial'
Matador, 2016
Notes: "We’ve got new music to share from Seattle’s own Car Seat Headrest (aka Will Toledo): check out the single “Drunk Drivers/Killer Whales” from their upcoming release Teens of Denial, out May 20th on Matador. It’s the first CSH album recorded in a studio with a full-band, and Toledo lucked out to get local legend Steve Fisk behind the board."
(@CarSeatHeadrest)