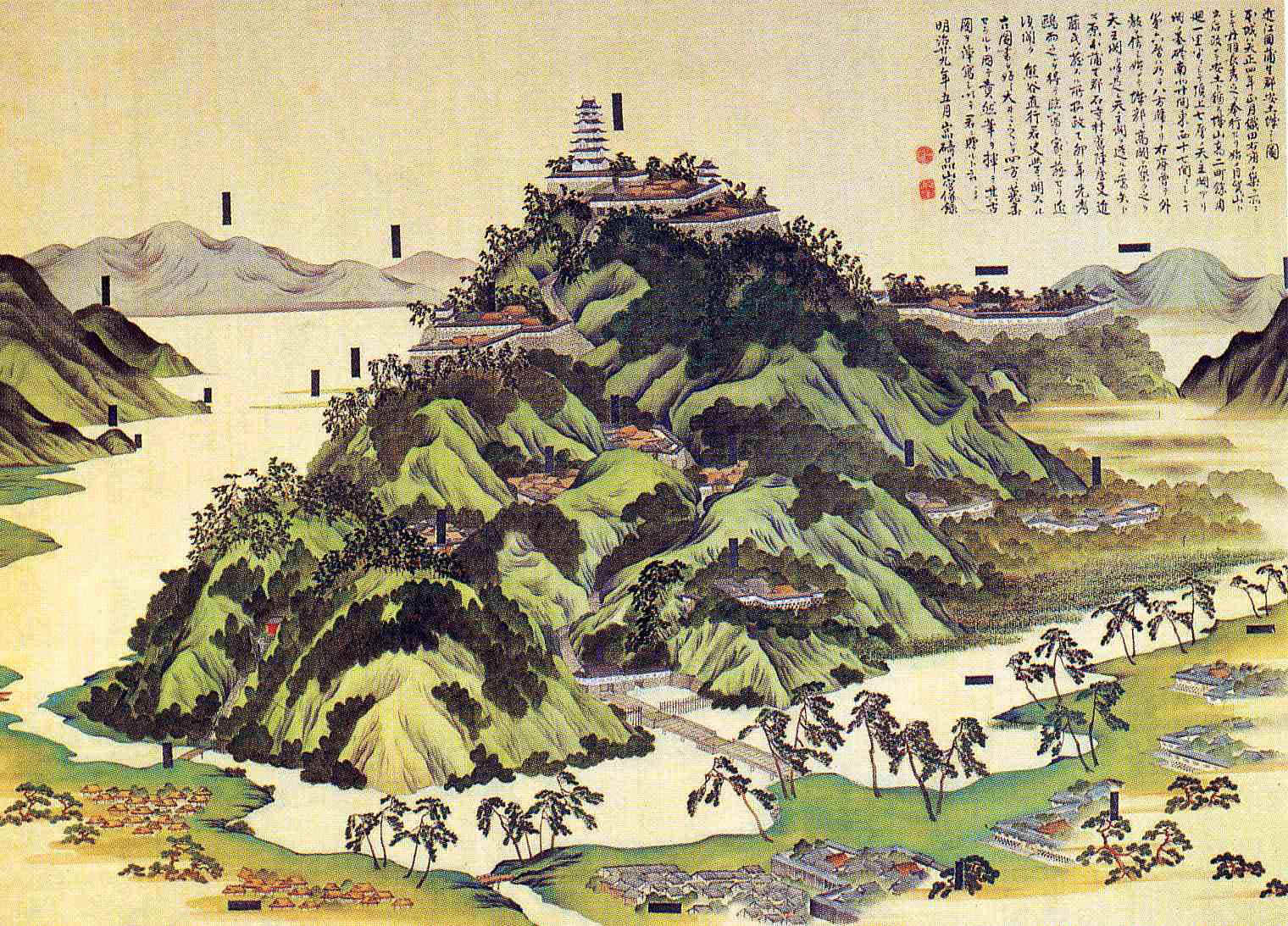 from fsmitha.com: After the year 1000, militarized aristocracies were taking over in rural Japan, uncontrolled by any central government. And Buddhist estates had their own armies. There were wars between expanding estates or against the central government in Kyoto, and the wars were accompanied by religious ferment. Many Buddhists were appalled by the violence, including the violence of their fellow Buddhists who had adopted the credo of kill or be killed. Some saw the violence as having gotten so bad that too much evil existed for the possibility of attaining salvation. Japanese Buddhists went to China and there they took notice of Pure Land Buddhism, which held that they were living in a degenerate age, that salvation could be attained in a place called "the Pure Land of the West," where they could live in serenity and work on the karma of their past lives.

The Japanese associated matters sacred within the world of humanity rather than some transcendent place. Families had their religious activities and protective god. They had ancestors to give attention to. There was an emphasis on the present rather than a pathway to an afterlife in heaven or hell. There were rituals for births, marriage and death, harvest and new year celebrations. As elsewhere, mountain tops were seen as the dwelling place of gods. And the followers of both Shinto and Buddhism prayed to gods for help.


There were numerous Buddhist schools of thought rather than a single institution under the discipline of a priesthood loyal to an orthodoxy. Pure Land Buddhism taught that in heaven were deities who helped people, and foremost among these deities was the Buddha, who went by the name of Amitabha (infinite light). The Buddha of Infinite Light vowed salvation for all living creatures. It was a salvation that could be achieved merely by faith and by chanting "hail to the Buddha Amida.” Pure Land Buddhism was open to all, women and men, and eventually it would become Japan's largest Buddhist sect.

Another form of Buddhism from China was Chuan. In Japan it became Zen. Like Pure Land Buddhism it demanded no intellectual effort. Zen Buddhists saw reality as nothing more than the immediate present. For them there was neither past nor future. They were concerned with spiritual salvation rather than time and sequence involved in manipulating or responding to material realities. They viewed themselves as powerless concerning the material world. These early Zen Buddhists supported themselves by menial labor and sought salvation and enlightenment through the immediacy of mystical inspiration.

In 1205 a Zen reformer named of Eisai (1141-1215) returned from China and gained the patronage of the military government at Kamakura. That same year he completed the first temple dedicated solely to Zen Buddhism. Zen was now to be an ideology of choice among practitioners of warfare – the samurai.

In Japan, Zen Buddhists rejected the ritualism and scholasticism adopted by mainstream Buddhism. Zen followers sought enlightenment (satori) through spiritual and physical discipline. This included meditation and a study of insoluble problems as a way of cleansing one of a desire for theological intellectuality. Zen encouraged focus on nothingness to allow "inner truth" to surface. Zen masters argued with the poetry of analogy: that the hand cannot grasp itself. They saw no benefit from self-awareness while the samurai believed in discipline, and not questioning contradictions was a part of it.

Zen encouraged living without anxiety, and it encouraged self-reliance. It focused on the individual and saw nothing of value in institutions or philanthropy. It emphasized strong character and action, however meaningless the world. Zen was mixing with samurai values in a way that had been alien to Chuan Buddhism. Zen appealed to the rough and uneducated samurai. Its emphasis on focusing the mind and physical discipline was similar to the discipline used in the martial arts. The Zen warrior viewed life as an illusion. Killing, they told themselves, was no worse than other activities, and dying was nothing. Samurai warriors in combat did not escape from the horror of slaughter, but after this horror they found in Zen what they believed was a cleansing of the mind.

The samurai added elements of Taoism and Shinto to their Buddhism and called it the "Way of the Warrior" – Bushido – seeing the only worthy truth as a true warrior's honor. This honor included being honest, sincere, frugal, stoic and loyalty. Warfare was masculine, and femininity was considered shameful. Love for a woman was inferior to the pure love one was supposed to have for one's comrade-in-arms. The greatest honor was to seek death in the service of one's landlord-commander.

Not all samurai lived up to the Bushido ideal. The samurai remained as human as others, pursuing their personal interests, indulging their egos and paranoia, and when it served their interest some of them abandoned their landlords.

Time and history, however illusory for them, continued. In the 1300s the Ashikago dynasty of shoguns patronized Zen more than had the previous dynasty of Shoguns, and Zen became an official organ of the shogunate. In 1422 a Zen teacher, Ketsugan, would be performing exorcisms. In 1425 Zen temples in Japan would be contributing to more cultural diffusions by importing Chinese literature, artistic styles and religious ideas. Into modern times Japan's military would need to be more science-oriented than were the samurai. And in the US, in a cultural environment different from medieval Japan, Zen would be watered down to a belief in living for the present, a fixation on paradox and limitations of the science that had overwhelmed it.