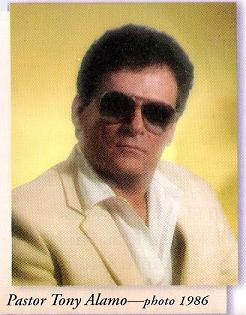 Law enforcement officials raided Alamo's compound in Fouke, Arkansas on Saturday and removed six girls aged 10 to 17. Over 100 federal and state agents participated in the raid on the compound, which followed a two-year investigation into Alamo and his organization.

Law enforcement officials were searching for evidence that minors had been videotaped performing sexual activities or had been molested. The Federal Bureau of Investigation searched Alamo's property for child pornography. Alamo, who claims he is legally blind and wouldn't be able to see child pornography, preaches that girls should marry young and sex with post-puberty girls is 'okay' because "in the Bible it happened".