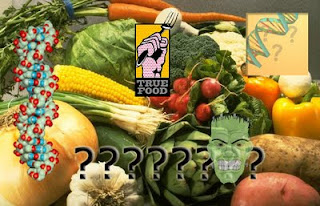 from food freedom: Two new reports this year on genetically modified foods expose Monsanto and other biotech company lies. The first by Union of Concerned Scientists, Failure to Yield, came out in February. The latest report comes from Organic Center: Impacts of Genetically Engineered Crops on Pesticide Use: The First Thirteen Years, and exposes that pesticide use has increased with GM crops.

There is one fact about genetically engineered foods that there is no debate about: no one wakes up in the morning eager to buy gene-altered food. There’s good reason for this. Genetically modified foods do nothing for the “eating public.” They provide no extra nutrition, flavor, safety or any other trait that people actually want. Instead, these food products only offer risks, which include potential toxicity, allergenicity, and lower nutritional value.

This presents a tough problem for the Monsantos of the world, who are pushing these GM foods. How can you sell something to the public that offers no benefits to them? And, because of their lobbying power, the biotech companies have ensured that their products are not labeled. So Monsanto’s real request of the public is “be unknowing guinea pigs for foods that make us a lot of money and offer you nothing but risk.”