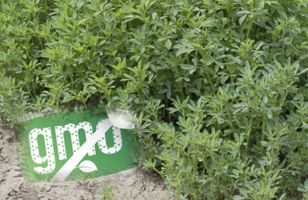 from grist: As I reported last week, the USDA announced late Thursday it would allow the planting of genetically modified alfalfa, the nation's fourth-largest crop, without restriction.

Was the decision based on a careful weighing of the evidence by the USDA -- or on political consideration emanating from the White House? Two recent media reports strongly suggest the latter. In The Wall Street Journal, Bill Tomson and Scott Kilman -- two well-connected, veteran ag-policy reporters -- directly tied the decision to the White House. Kilman and Tomson wrote:

The Obama administration Thursday abandoned a proposal to restrict planting of genetically engineered alfalfa, the latest rule-making proposal shelved as part of the administration's review of "burdensome" regulation.

Unhappily, the decision falls into line with other Obama administration gestures of fealty to the agrichemical lobby -- like appointments of loyal Monsanto men to key ag-policy posts, and an announcement from the State Department's USAID program that came out the same day as the USDA's alfalfa decsion:

At the annual World Economic Forum (WEF) in Davos, Switzerland USAID Administrator Dr. Rajiv Shah gathered with the CEOs of Unilever and Monsanto to support the launch of WEF's global framework titled "Realizing a New Vision for Agriculture." The show of support emphasizes USAID's leadership in creating synergies between the public and private sectors to meet the global food security challenge.

The Obama administration's emerging vision for agriculture is sounding depressingly old to me. To paraphrase John Updike, I'm haunted by memories of the Clinton and Bush administrations, when ag policymakers more or less religiously walked the Big Food industry line.