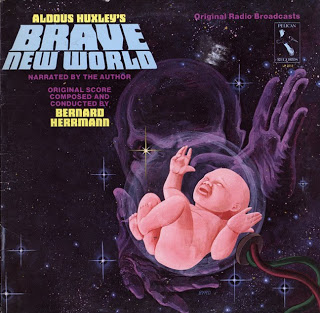 from reuters: Ridley Scott is going back to the futurism. The "Blade Runner" director is joining forces with Leonardo DiCaprio to take on one of the most highly regarded dystopian works of literature, Aldous Huxley's "Brave New World."

Both are producing the Universal project, which DiCaprio would tentatively star in and Scott direct. The studio has brought on "Apocalypto" scribe Farhad Safinia to write the script; he's expected to be working shortly.

Scott has mentioned casually in interviews that he's interested in the 1931 novel, whose film rights are owned by DiCaprio's Appian Way production company, prompting a flurry of rumors on sci-fi and other blogs over the past year. But the studio details as well as DiCaprio's personal involvement always have been murky...

Huxley sets his book in a seemingly perfect 26th century world that has achieved harmony by tightly controlling birth, which takes place mainly in laboratories, and outlawing family. The world is populated by a series of five castes, each with its own defined roles.

Characters who figure in are Bernard, a lower-caste member, and Lenina, the woman with whom he is infatuated. DiCaprio would likely play Bernard, who is persecuted when the leaders of the society find his behavior antisocial.

flashbacks: aldous huxley’s mind control & depopulation interview & the future has caught up with us