the rising tide of internet censorship

will recent successes in fighting internet controls be enough to stave off tyranny? it depends largely on public outcry... 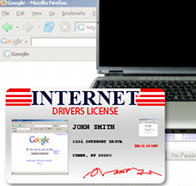 from corbett report: The focus is back on Internet censorship this week as a pair of articles from Time Magazine and The New York Times came out almost simultaneously advocating for licences to operate web sites. These articles were skillfully skewered by Paul Joseph Watson as lame attempts to shore up a disintegrating establishment media in the face of a blogosphere that is increasingly replacing them.

The articles follow on calls by Craig Mundie—Microsoft's chief research and strategy officer—for an Internet licencing system. Introducing the idea, he said "We need a kind of World Health Organization for the Internet." Evidently unaware of the ongoing investigation into the WHO's role in manufacturing the H1N1 pandemic hoax to line the pockets of Big Pharma, Mundie added that an international Internet authority should be given the same kind of authority that the WHO has in dealing with a pandemic. "When there is a pandemic, it organizes the quarantine of cases. We are not allowed to organize the systematic quarantine of machines that are compromised." These calls are worrying because they represent only the latest instance of influential figures proposing increasingly tyrannical controls on free speech on the Internet.

The Obama presidency has seen an increase in hype over cybersecurity threats, with the influential CSIS "think tank" having written white papers proposing cybersecurity as a key issue for the 44th president. As we reported last July, CSIS argued for "minimium standards for securing cyberspace" because "voluntary action is not enough."

Shortly after Obama took office last year, Senator Jay Rockefeller introduced a Senate bill (S.773) that would give the president the power to "declare a cybersecurity emergency" and shut down the Internet. The bill would also require network administrators in the private sector receive licencing from the federal government after taking a federally-mandated certificagtion program. During Committee hearings, Rockefeller went so far as to say that it would have been better if the Internet had never been invented.

In November of last year it was reported that an Anti-Counterfeiting Trade Agreement (ACTA) being negotiated by the world's leading economies would force ISPs to cut off subscribers who were found to have shared copyrighted content on more than two occasions. Recent reports indicate that this proposal was not discussed at an ACTA meeting last month, but the so-called "three-strikes rule" has already passed in France.

Earlier this year, it was revealed that Obama's information czar, Cass Sunstein, has blamed the blogosphere for spreading anti-government sentiments and advocated that the government actually employ people to infiltrate online communities and spread information favorable to the government in an effort to destabilize them. As remarkable as such a proposal may seem from a high-ranking government official, it is only one aspect of an official Pentagon strategy to fight the net as if it were an enemy weapons system.

All of these proposals and numerous other stories we have reported on the past (e.g. here and here) represent only the latest attempts to stifle free speech on the Internet. Although groups like the Electronic Frontier Foundation have been fighting such moves for a long time, the explosive power of the online community in derailing the carbon eugenics agenda and exposing the Federal Reserve has awakened many to the nascent medium's potential...and its value. The value of the Internet is directly tied to freedom of speech, a principle that is opposed solely by the establishment media who thrived for decades in a virtually competition-free era before the rise of the Internet. As one commenter on the Time Magazine puff piece calling for Internet licencing notes, "There is NO grass roots movement anywhere calling for government intervention in the internet. It is not broken. It works too well, that is a problem for tyrants."

As with everything related to the Internet, however, the collaborative efforts of concerned citizen in opposing Internet censorship is paying off in positive developments. The newfound awareness of the Internet's power and importance is raising awareness that online liberties are in fact fundamental rights that cannot be taken away. Even China was forced to back down from an Internet licencing scheme (exactly like that proposed at Davos) because of public pressure. A draconian Australian law that would have required all online political comments to be accompanied by the commenters full name and address is likely to be repealed by the Attorney General.

Whether or not these individual successes in fighting back the approach of online tyranny will ultimately derail the establishment's agenda remains to be seen. It depends largely on public outcry over the loss of online liberties becoming a genuine grassroots movement.