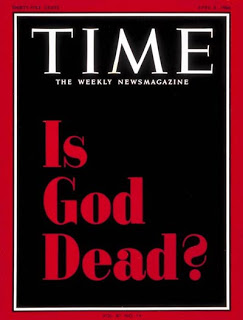 rosemary’s baby: occult manifesto and year one of new aeon

Was the 1968 movie, "Rosemary's Baby," directed by Roman Polanski an occult manifesto? Vigilant Citizen (VC) rewards readers with insights into movie's symbolic implications in article, "Roman Polanski's 'Rosemary's Baby' and the Dark Side of Hollywood". The parallels to Polanski's life are cause to reassess them, such as the husband's permission for a coven to exploit his wife in the movie.  The present writer only wonders whether this was the fate of  Polanski's wife, Sharon Tate?  There's more to this story than the reader will likely ever know!  VC observes poignantly, "'The birth of Rosemary’s baby is the new “Year One.'  It is also accurate by Church of Satan standards to call 1966 Year One. This is a self-conscious, parallel reference to the year of Jesus Christ’s birth, also in Year One, A.D. Another unstated fact: The baby is born in June 1966, which is numerically 6/66." The article points to another reference, where Rosemary is with the "...famous real-life April 1966 cover of Time Magazine in Dr. Sapirstein’s waiting room. LaVey’s “Church of Satan” was established during the same month of the same year."

In conclusion, VC believes the veil needs to be pulled back, so everyone can see the manipulations for what they are:  evil! "The masses, deemed 'profane' and unworthy of the Truth, are bewildered spectators at a sick puppet show, not even realizing they are watching puppets," and according to VC, "for this reason, it is important to lift the curtain and see what is happening behind the scenes. Once we truly see the sick puppeteers pulling the strings, we will, hopefully, snap out of our hypnotic state and walk out of the show." The present writer believes there's hope. The puppeteers' attempts to retain control are more strained and obvious, people will soon realize it's time to quit an obedient cipher role and live as responsible adults in charge of themselves. The show, will truly, then be over for the puppeteers!