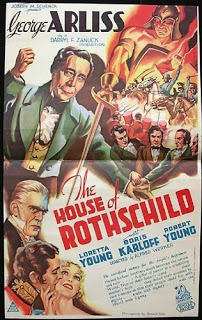 from financial times: Two of the biggest names in the City of London had previously undisclosed links to slavery in the British colonies, documents seen by the Financial Times have revealed.

Nathan Mayer Rothschild, the banking family’s 19th-century patriarch, and James William Freshfield, founder of Freshfields, the top City law firm, benefited financially from slavery, records from the National Archives show, even though both have often been portrayed as opponents of slavery. Far from being a matter of distant history, slavery remains a highly contentious issue in the US, where Rothschild and Freshfields are both active.

Companies alleged to have links to past slave injustices have come under pressure to make restitution.

JPMorgan, the investment bank, set up a $5m scholarship fund for black students studying in Louisiana after apologising in 2005 for the company’s historic links to slavery.

The archival documents have already prompted one of the banks named in the records to take action in the US.

When the FT approached Royal Bank of Scotland with information about its predecessor’s links with slavery, the bank researched the claim, updated its own archives and amended the disclosures of past slave connections that it had previously lodged with the Chicago authorities.

But it is the disclosures about Mr Rothschild and Mr Freshfield that are likely to prompt the biggest stir.

In the case of Mr Rothschild, the documents reveal for the first time that he made personal gains by using slaves as collateral in banking dealings with a slave owner.