“Pleasure & Privilege” of the Rothschilds Musical

This month’s Album Analysis uncovers a strange, little gem that was right there in the open. From the makes of ‘Fiddler On The Roof’ came the story of everyone’s favorite money masters, ‘The Rothschilds: A Musical’. 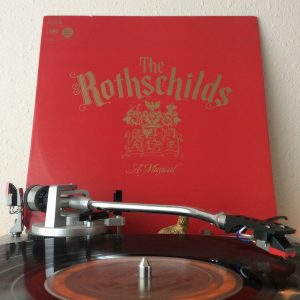 “The Rothschilds is a musical with a book by Sherman Yellen, lyrics by Sheldon Harnick and music by Jerry Bock. Based on The Rothschilds by Frederic Morton, it tells of the rise of the Rothschild family from humble beginnings in Germany, to their founding of their financial empire and growing political influence under the guidance of patriarch Mayer Rothschild, to their assistance in funding Napoleon’s defeat, and how they secure a declaration of rights for European Jews in the midst of an oppressive era. The Rothschilds was the last collaboration between Bock and Harnick. The musical ran on Broadway in 1970 and was revived Off-Broadway in 1990.“

Monarchy Marketplace: Buy “The Rothschilds: A Musical” on Amazon And Support Or Work
http://amzn.to/2nEGnyq

Wikipedia: “The Rothschilds: A Musical”
https://en.wikipedia.org/wiki/The_Rothschilds_(musical)