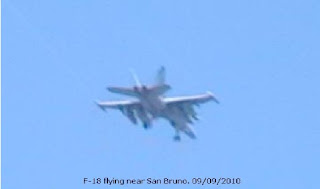 You won't read about it in the mainstream media! Sandra Hart writes an "explosive" article at Henry Makow's website, "Consumer Advocate Target of San Bruno 'Explosion?'" You may have read who died near the blast's epicenter on September 9, 2010, a mother and her 13 year old daughter?  What you didn't learn was the woman's profession and her efforts to oppose an unjustified rate hike.  Jacqueline Greig worked for the California Public Utilities Commission as a lead analyst in their natural gas section of Division of Rate Payers (DRA).  Greig's job was to defend the consumer from paying exorbitant rates for their natural gas.  Hart asks the unthinkable in her article:

"What are the odds that Jacqueline Grieg, a whistle blower advocating for customers of PG&E, was at home in San Bruno at the epicenter of the "explosion" and died that day, along with her 13 year old daughter. She had previously exposed PG&E for proposing a cost for pipeline upgrades at a rate increase of $4.2 billion, which her research revealed was exaggerated by $3.2 billion. What are the odds of her house being "ground zero" for that blast?"

What are the odds? Yet, one more keen observation dovetails to create a stench of something rotten! The story about a picture of an ordinance loaded F-18 (highly unusual to see an armed military plane in domestic airspace) flying a path from San Jose to San Bruno just hours before "the explosion".  The picture of the bomb-carrying mystery plane can still be viewed above and here. There were no shortage of video witnesses on You Tube, reporting in matter of fact tones about a "plane crash".

Hart accepts the plausibility of David Grissom's blog entry here:  "So why would elements of military become the 'hit men' to protect the profits of a predatory company like PG&E? Well, Ike warned us about "the military industrial complex, 'didn't he?'" Hart's suggestions seem so unthinkable, but remain plausible.  There were businessmen present at Offutt AFB  in Omaha, Ne on the morning of 9-11.  The San Bruno event may be little more than business as usual!